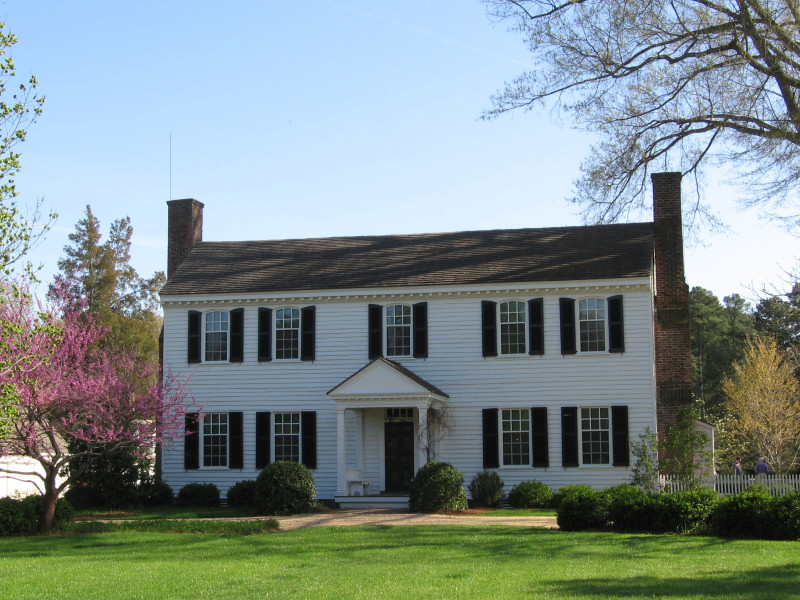 The Bassett Hall farmhouse was built from 1753 to 1766 in Williamsburg by a member of the Virginia House of Burgesses, Philip Johnson. The name comes from a nephew of Martha Washington, Burwell Bassett, who bought the property in 1800. The two-story frame dwelling was acquired for Colonial Williamsburg in 1927.

A houseguest for a week during the Civil War was a Union cavalryman named George Armstrong Custer, who was attending the wedding of a friend from West Point, John W. Lea, who had been wounded in the Battle of Williamsburg. Lea was marrying a daughter of the owners of Bassett Hall; he met his fiancée while he was being treated for battle injuries in the house. Custer went on to infamy in the American Indian Wars, dying at the Battle of the Little Bighorn in 1876, or "Custer's Last Stand."

The Reverend Dr. W.A.R. Goodwin, the rector of Bruton Parish Church in Williamsburg, restored the church building in the midst of the former colonial capitol. Goodwin restored another historical building nearby as the church rectory. Goodwin was a member of Phi Beta Kappa, the honorary society founded at the College of William and Mary in the 1700s, where Goodwin was a professor. A new building, Phi Beta Kappa Hall, was being built on campus, just a few blocks from the church. One of the richest men in America, philanthropist John D. Rockefeller, Jr., also was a member of Phi Beta Kappa. Rockefeller visited Williamsburg in 1927 with his family to check on the progress of construction of the hall. While visiting, the Rockefellers were guest of Reverend Goodwin at Bassett Hall. When Mr. Rockefeller returned to Williamsburg for the dedication ceremony of Phi Beta Kappa Hall, Goodwin shared his idea with Rockefeller of rebuilding and restoring the town to its colonial era as a living history museum. Rockefeller cautiously agreed, with a limited initial contribution and a condition of anonymity. That grew into a full-fledged public backing of the undertaking, which took years and many millions more than originally thought.