The Potter Barn and the Maintenance Shop sit side-by-side at Manatee Village Historical Park. One demonstrates the closed-in architectural style of a northern barn, while the other demonstrates the open porches of a Florida barn. The Potter Barn is a rough-cut pine barn typical of those built by Florida farmers in the late 1800s and early 1900s. It is a copy of Peter S. Harllee's barn, built ca. 1885, which once stood a few miles north of Palmetto. The Harllee Barn is now located at the Manatee River Fair Grounds in Palmetto and can be visited during public events such as the Manatee County Fair. The Harllee barn was used as a model for Manatee Village's barn not only because of its classic style, but also because the Harllee family has ties to the Village of Manatee. Peter's brother J.W. Harllee was the Village's leading merchant. Peter's son John was born in the Village and took over the family farming business. The name Potter Barn honors Rodney Potter, an avid supporter of preservation at Manatee Village Historical Park.

Chickens in the Potter Barn 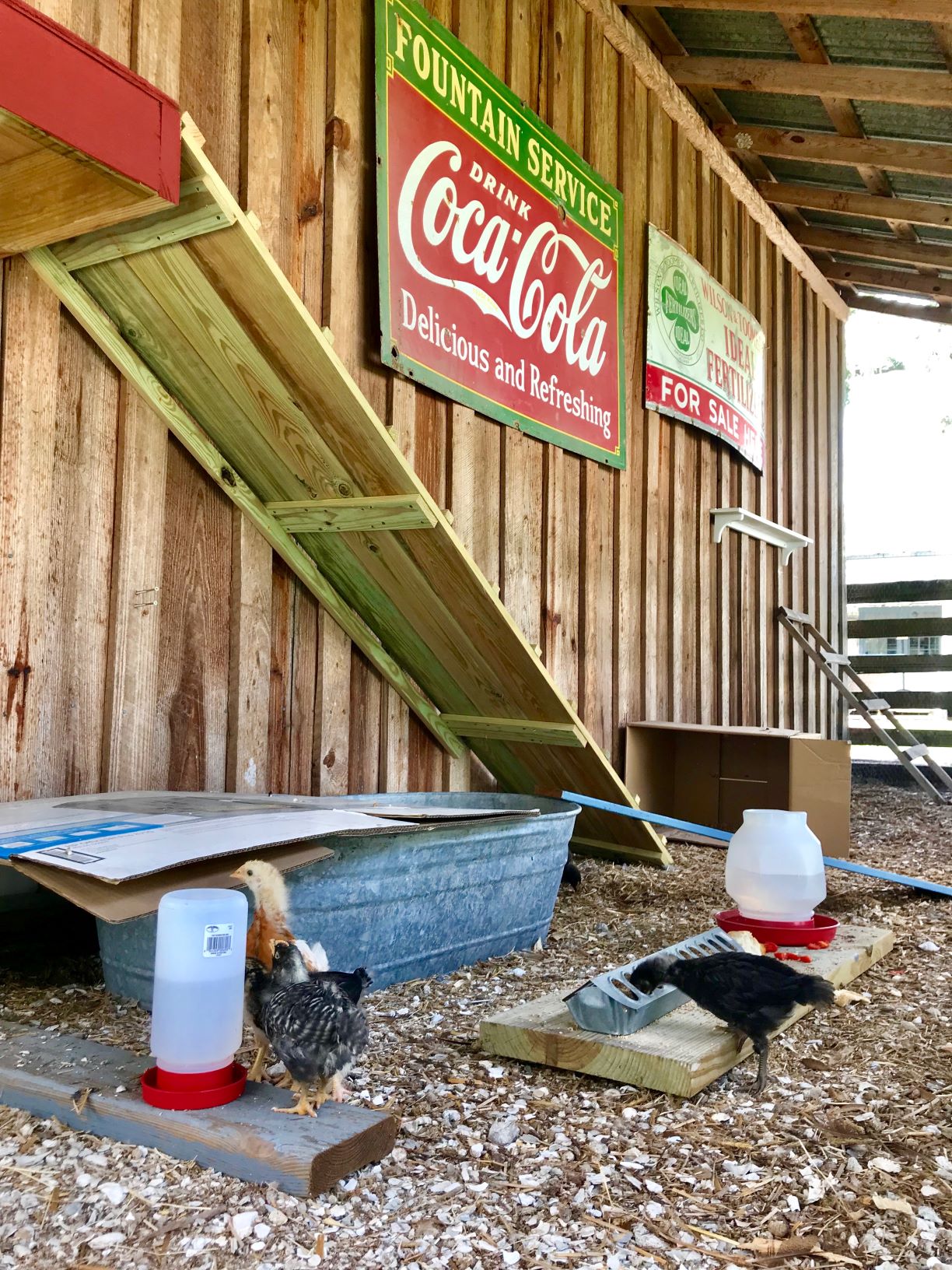 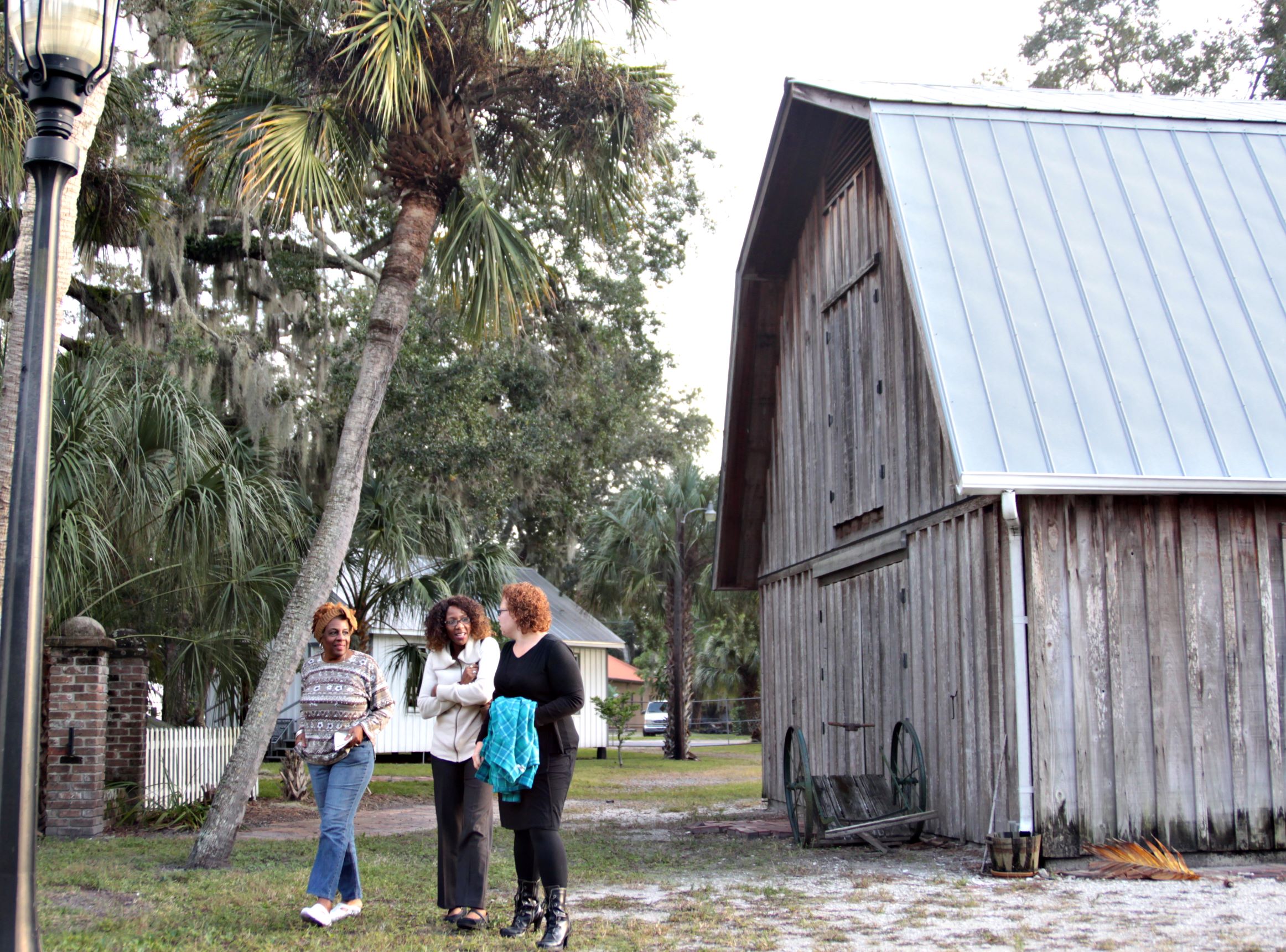 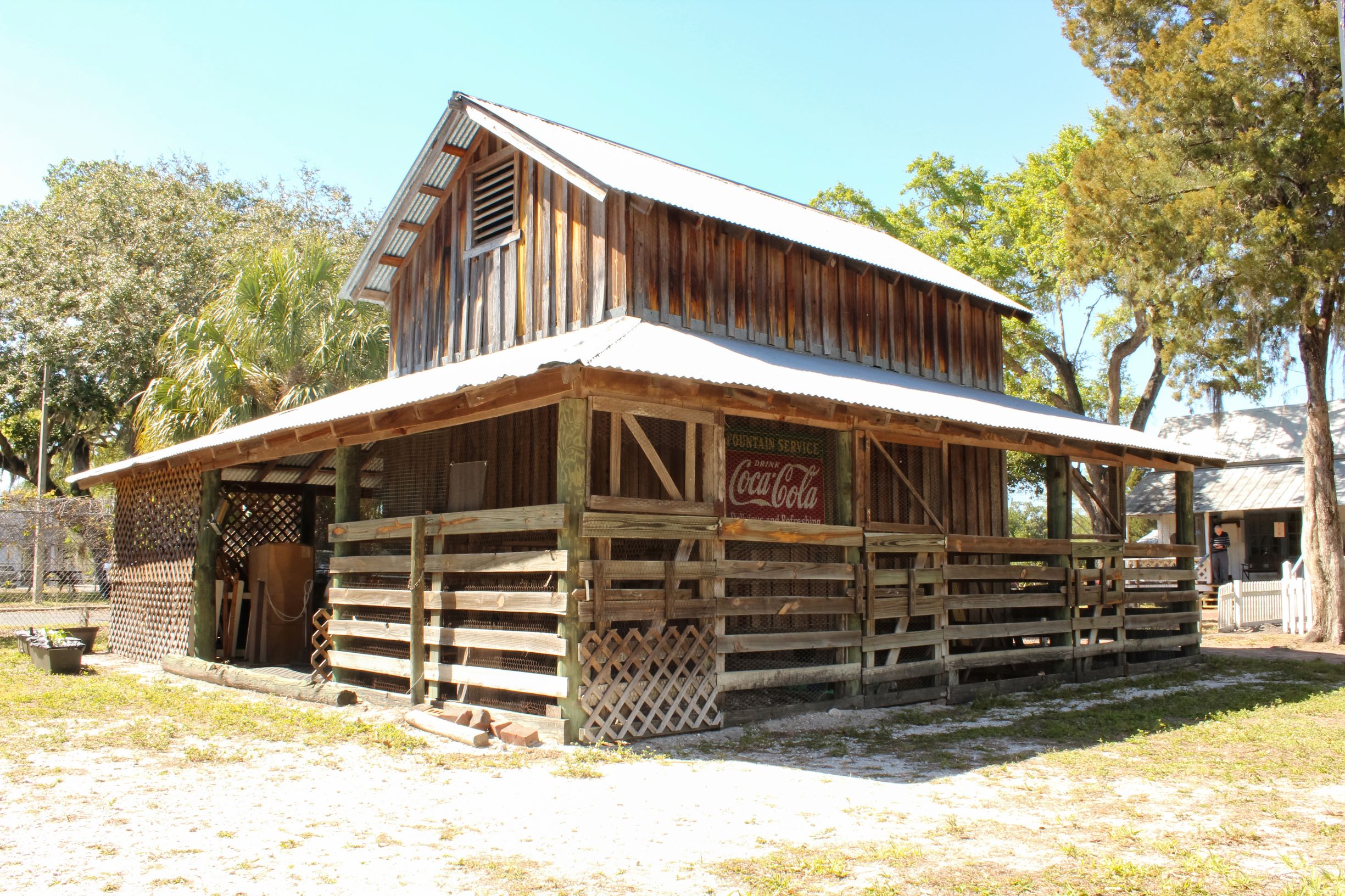 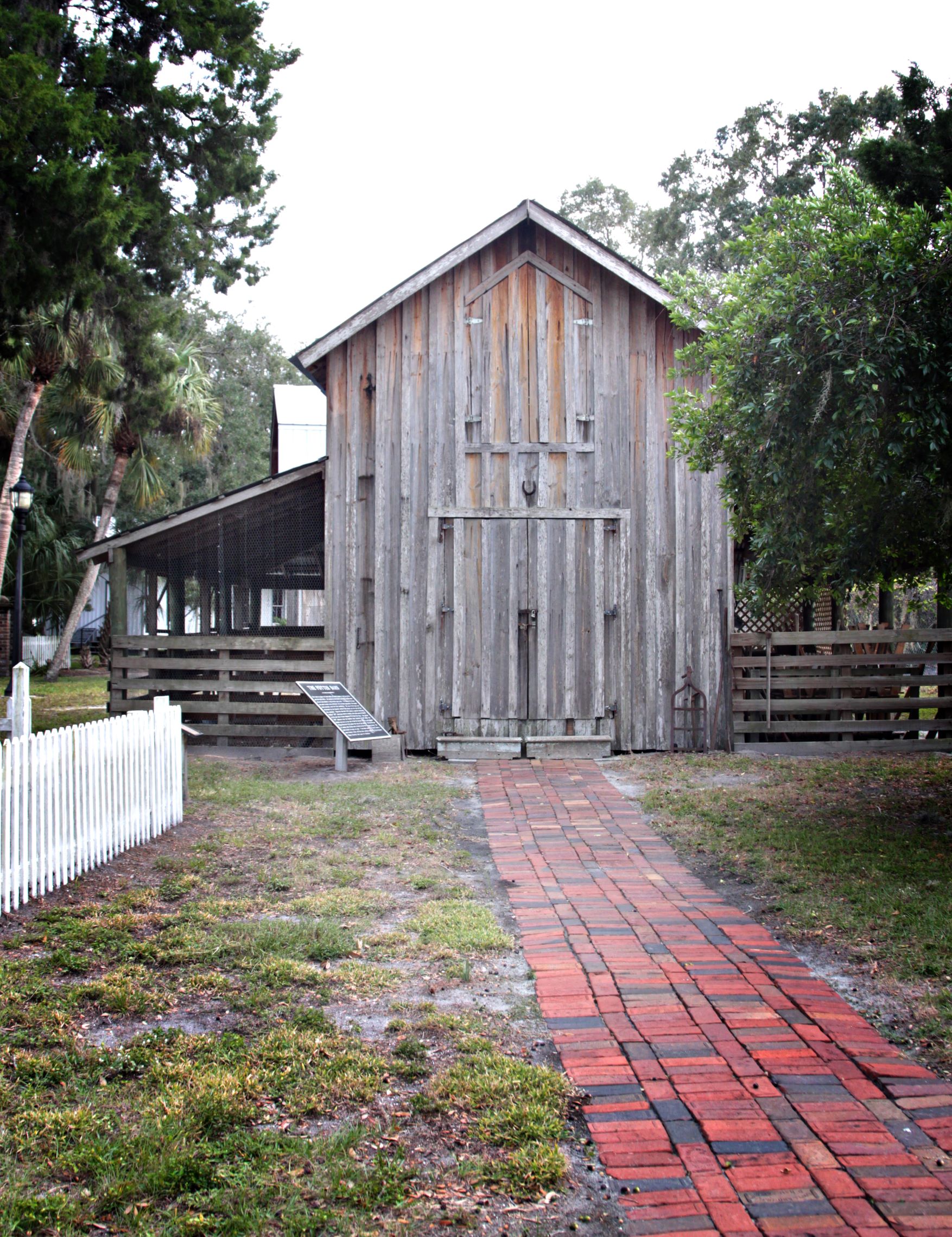 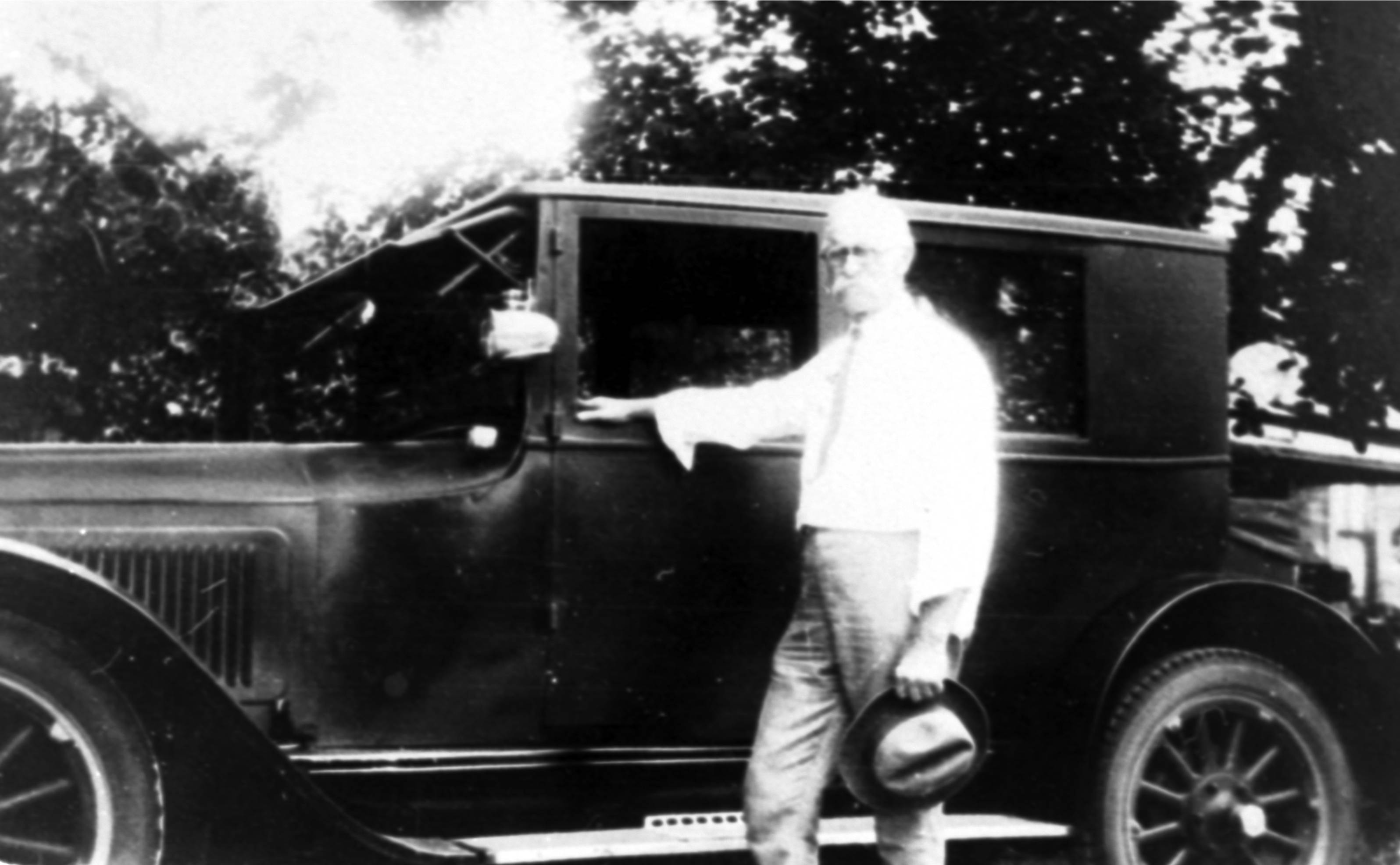 Neither the Potter Barn nor the Maintenance Shop are open to the public. The Potter Barn houses Manatee Village Historical Park's chickens, and staff uses the maintenance shop for repairs on the historical buildings.

The Potter Barn is an example of a typical Florida barn, while the Maintenance Shop represents a northern barn style.

You will notice that the Maintenance Shop is completely closed in and is larger. In snowy climates, a porch would not have been practical. Also, barns often sheltered animals during freezing weather.

With a warm climate, Florida barns sheltered supplies, not animals. Livestock stayed outdoors year round. Inside a Florida barn, you would find seed, fertilizer, hay, and farm tools. The porch provided cover for farm machinery. The size of the barn was determined by the financial means of the farmer and the size of their operation.

Captain John Wardell Harllee was born in South Carolina in 1837. He served as a Haygood Brigadier C.S.A in the Civil War. He moved to Manatee County and started a mercantile store selling horses, mules, and supplies to farmers on both sides of the Manatee River. He became the Village of Manatee's leading merchant.

John's brother, Peter Stuart Harllee, came to join him in 1871. He bought property north of Palmetto to farm. The Harllee farm became known as the Harllee Hundred Farm because it was 100 acres. At that location, the family grew vegetables and citrus.

Peter built a two-story pole barn on the property. Mules were kept in stalls on the porches. On the inside, the first story was used to store feed and livestock supplies. The second story was used to store seed and fertilizer. Over many years, this building became known locally as “the Harllee Barn,” and became a much-loved subject for photographers and artists.

Peter went on to become one of Florida's first commercial tomato growers. He was successful and well respected, which led to him being elected the first mayor of Palmetto in 1894.

Peter's brother, J.W. Harllee died in 1887 of yellow fever and is buried across the street from Manatee Village in the 1850 Manatee Burying Grounds.

The Harllee Barn was still standing on the Harllee Hundred Farm until several years ago. It had fallen into a state of disrepair, so it was dismantled and rebuilt on the Manatee County Fairgrounds.

This entry was written by Manatee Village Historical Park staff, with assistance from the Manatee County Agricultural Museum.