As you venture south from the Wiggins Store on Manatee Village's brick sidewalk, you’ll notice a smokehouse and sugarcane mill to the right. A smokehouse was as necessary to the rural pioneer home as a refrigerator is today. In the smokehouse, pioneers hung cuts of meat on racks. Underneath the meat, a green oak or hickory wood fire burned for several days, creating thick smoke that cured and preserved the meat. Most rural homes in the south also had sugarcane mills and syrup kettles to produce syrup and sugar for cooking. The person in charge of the mill fed stalks of sugarcane between rollers. A horse or mule, hitched to the low end of the sweep, walked in a circle, pulling the sweep, turning the mill and grinding the stalks. The juice was collected, poured into the syrup kettle and cooked over a fire. 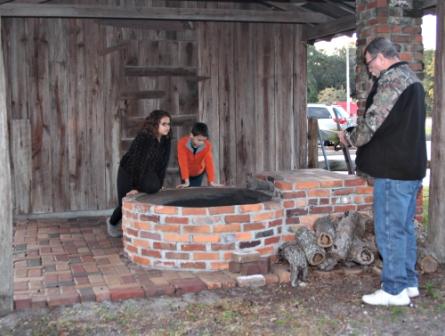 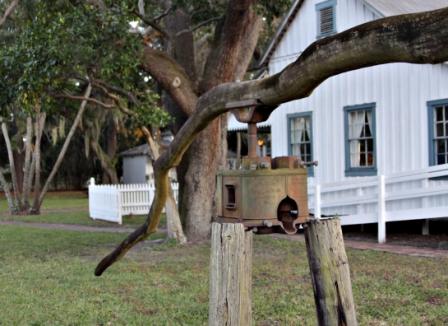 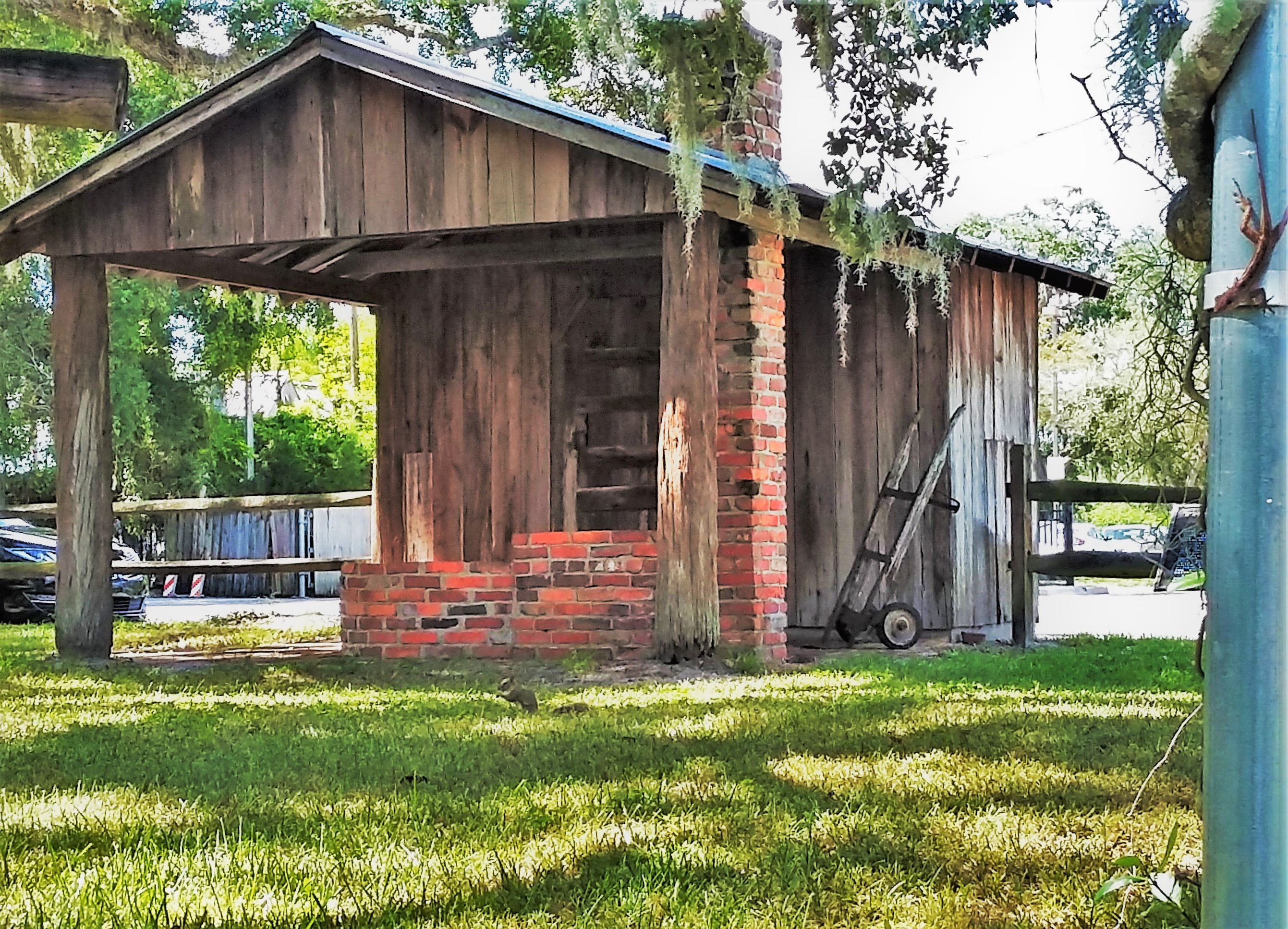 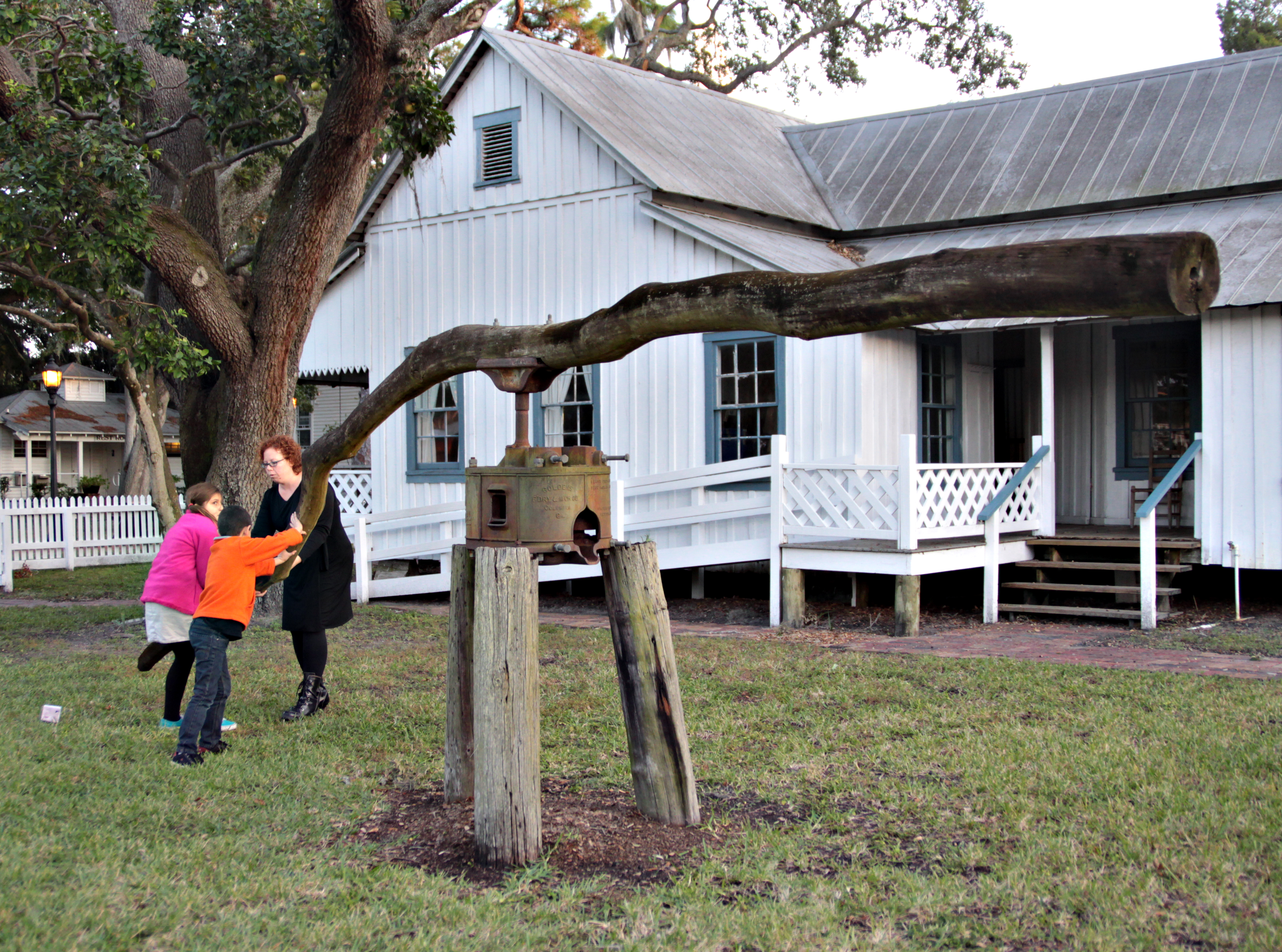 Sugarcane grinder with the smokehouse in the background by Lane Logan 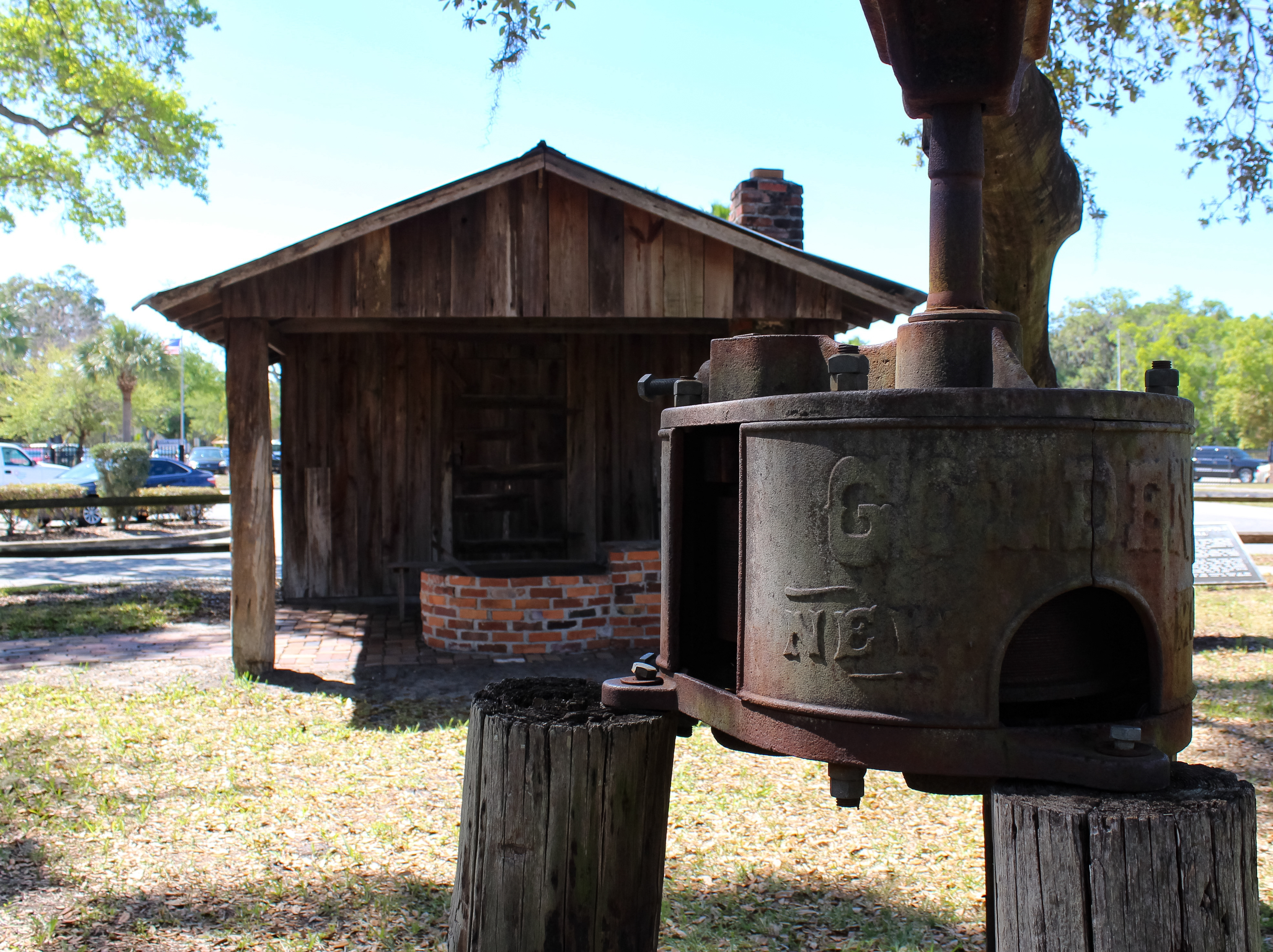 Thomas G. and Harvey E. Hayden donated this smokehouse and syrup kettle which were part of the Andrew and Lettie Wingate homestead in the far eastern reaches of the Manatee River. On his Hardee County ranch, Sen. Doyle Carlton Jr. found the pine tree with the correct top bend to make the mill’s sweep.

The Stephens family raised cows, pigs, and chickens. They had hogs that ran wild around the farm, living off of acorns and tree roots. The family would eat the hogs in the winter. They shared the meat with their neighbors.

In their vegetable garden, they grew green beans, corn, rice, sugar cane, and sweet potatoes. Will Stephens sold his sweet potatoes to towns in the area. He also ground his sugar cane and boiled it into syrup to barter at the general store.