This lovely church symbolizes the tenacity of the pioneers in the old Village of Manatee. The congregation that built this church was the first Christian congregation south of Tampa on the Florida mainland. The church, called a meeting house at the time, was the third building occupied by the congregation. Due to the small population, it was bi-denominational: Methodist and Episcopalian. Before building the meeting house, the congregation used the 1860 courthouse now also preserved at Manatee Village Historical Park. Construction began on the meeting house in 1887, but was halted when a yellow fever epidemic claimed the lives of the pastor and a large portion of the congregation. Those remaining persevered, however, and construction was completed in 1889. Manatee United Methodist Church donated the building to Manatee Village in 1974 . The building had been renovated and so volunteers restored the Church to as close to its original layout and appearance as possible while maintaining modern conveniences like electricity and air conditioning. Many elements of the Church are original, like the pews. The brass plates on the pews name the donors and volunteers who contributed to restoring the Church. The turnbuckles in the ceiling were added in 1889. They were required to keep the walls from spreading due to the height and weight of the vaulted ceiling. Many elements are also handmade replicas. The stained glass windows at the altar, for example, are replicas. The originals were retained by Manatee United Methodist. The altar rails, the flower tables, the pulpit and the altar table are all replicas handcrafted by a volunteer named George Fincken. 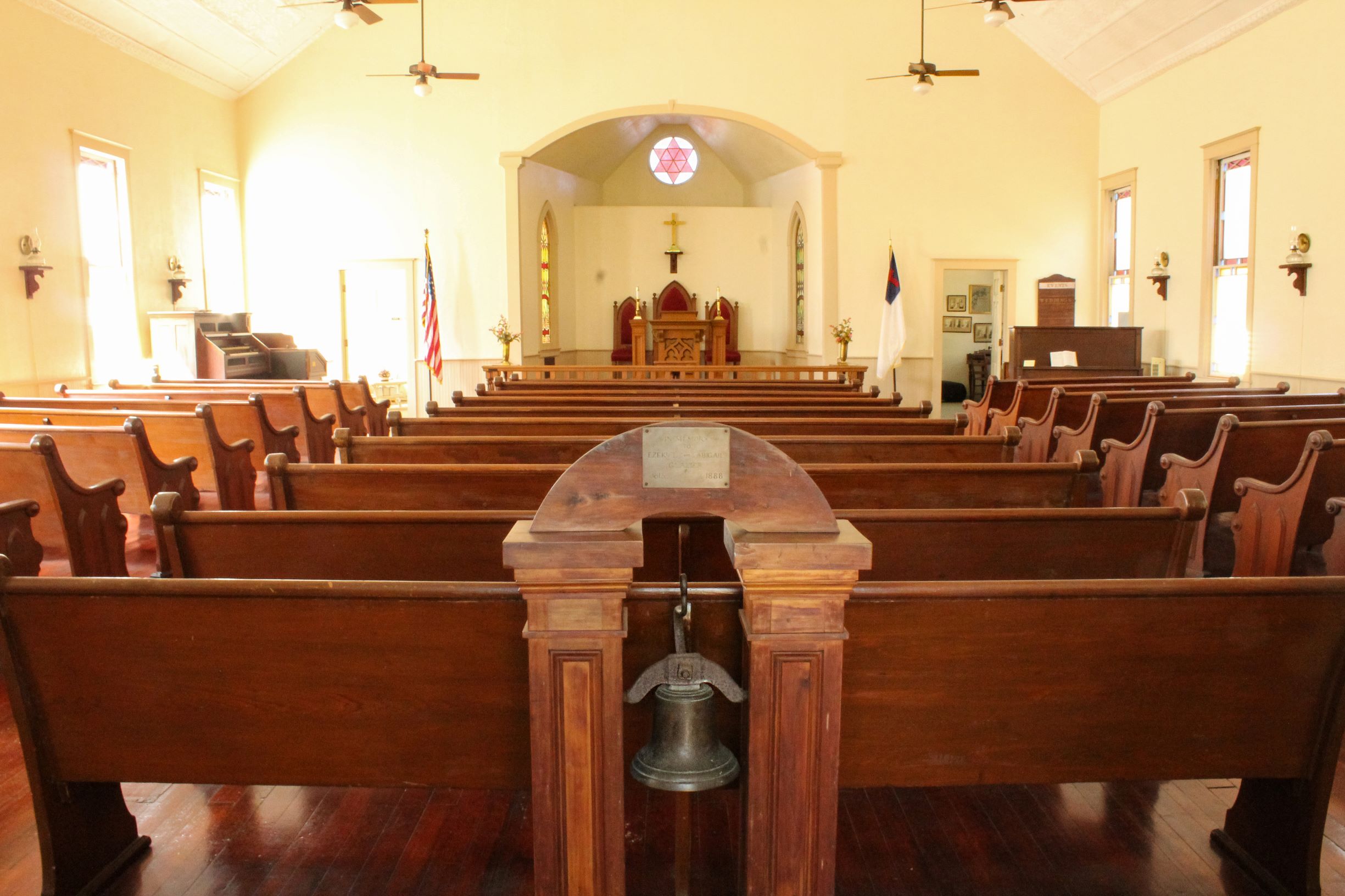 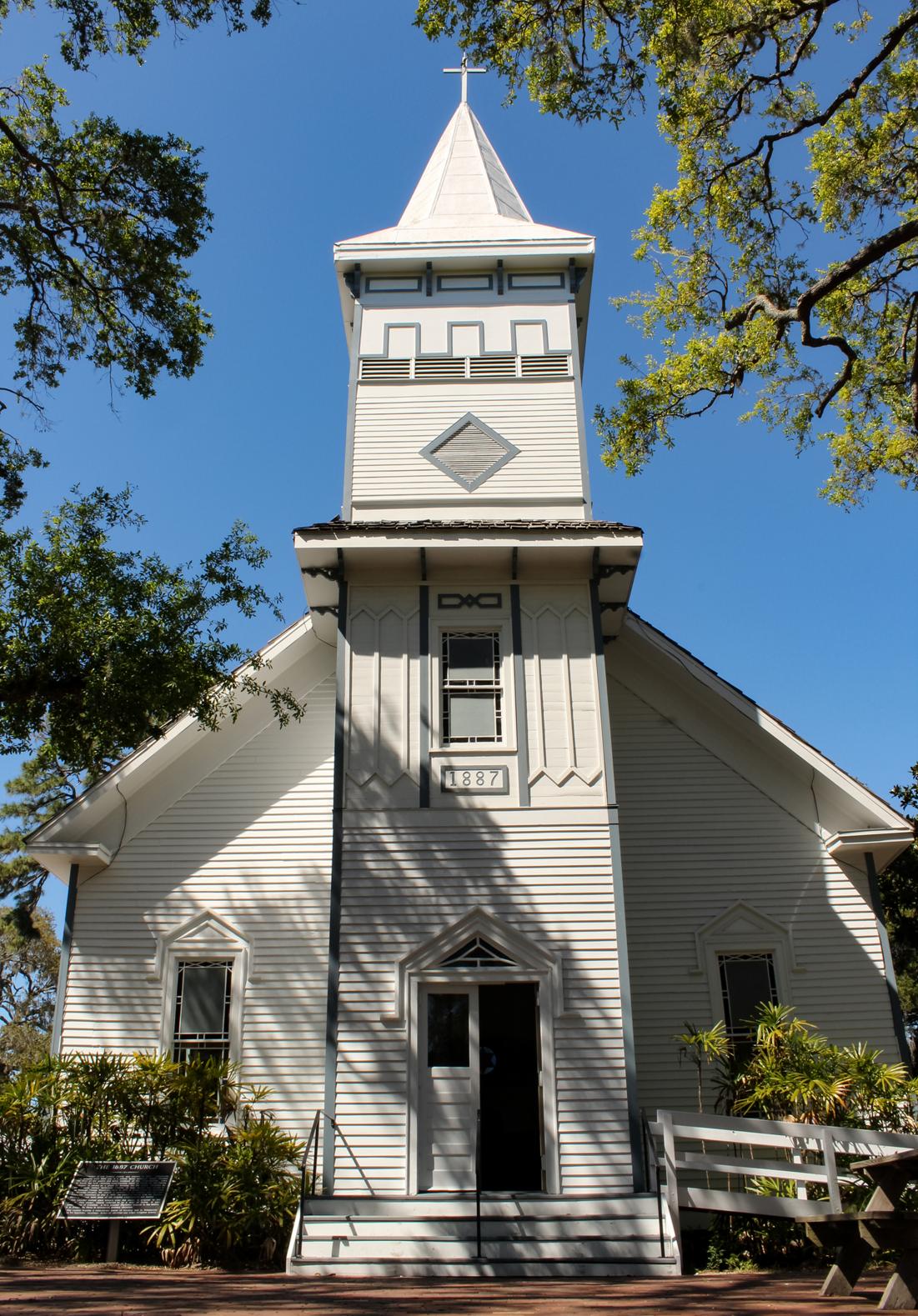 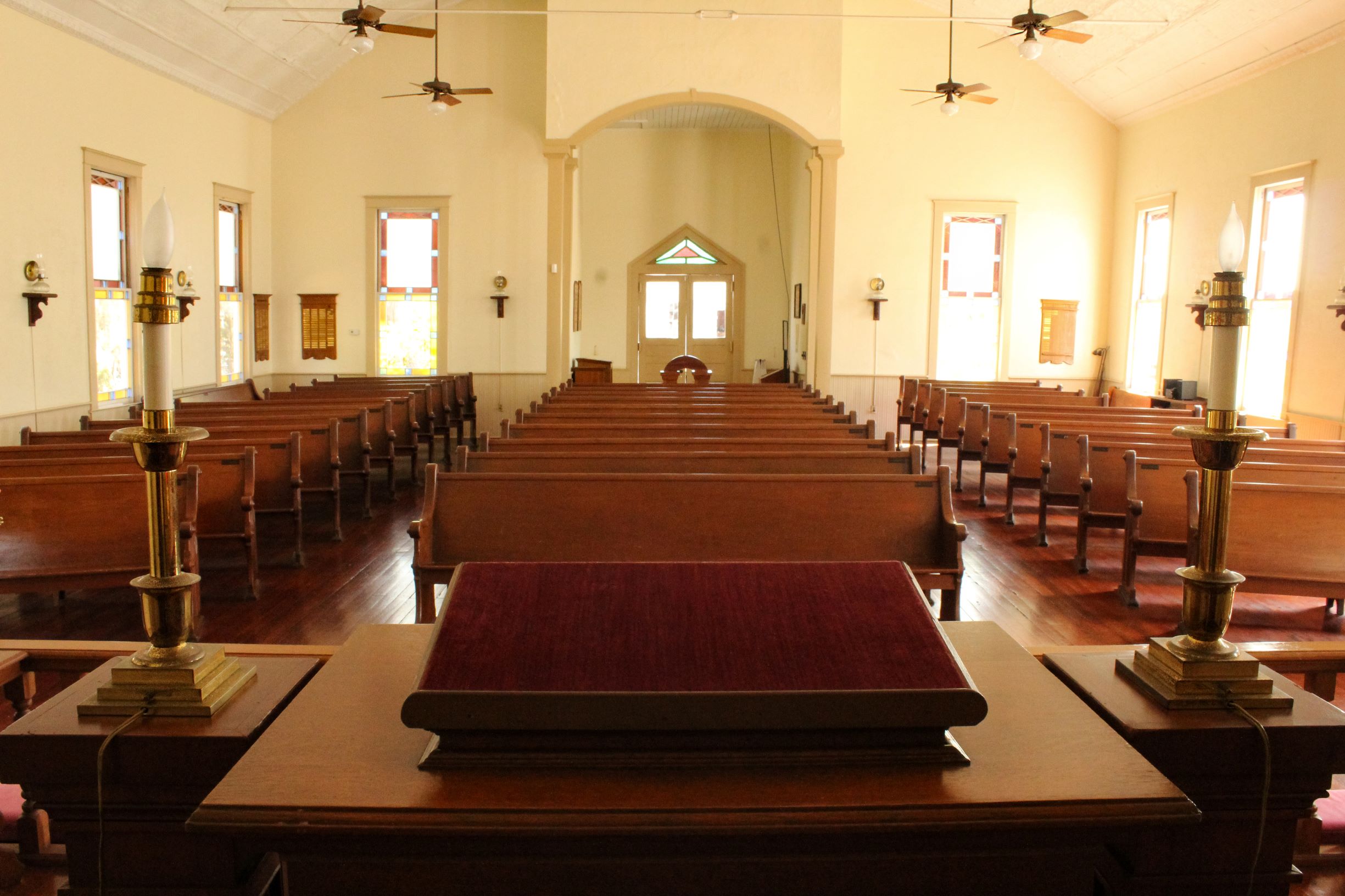 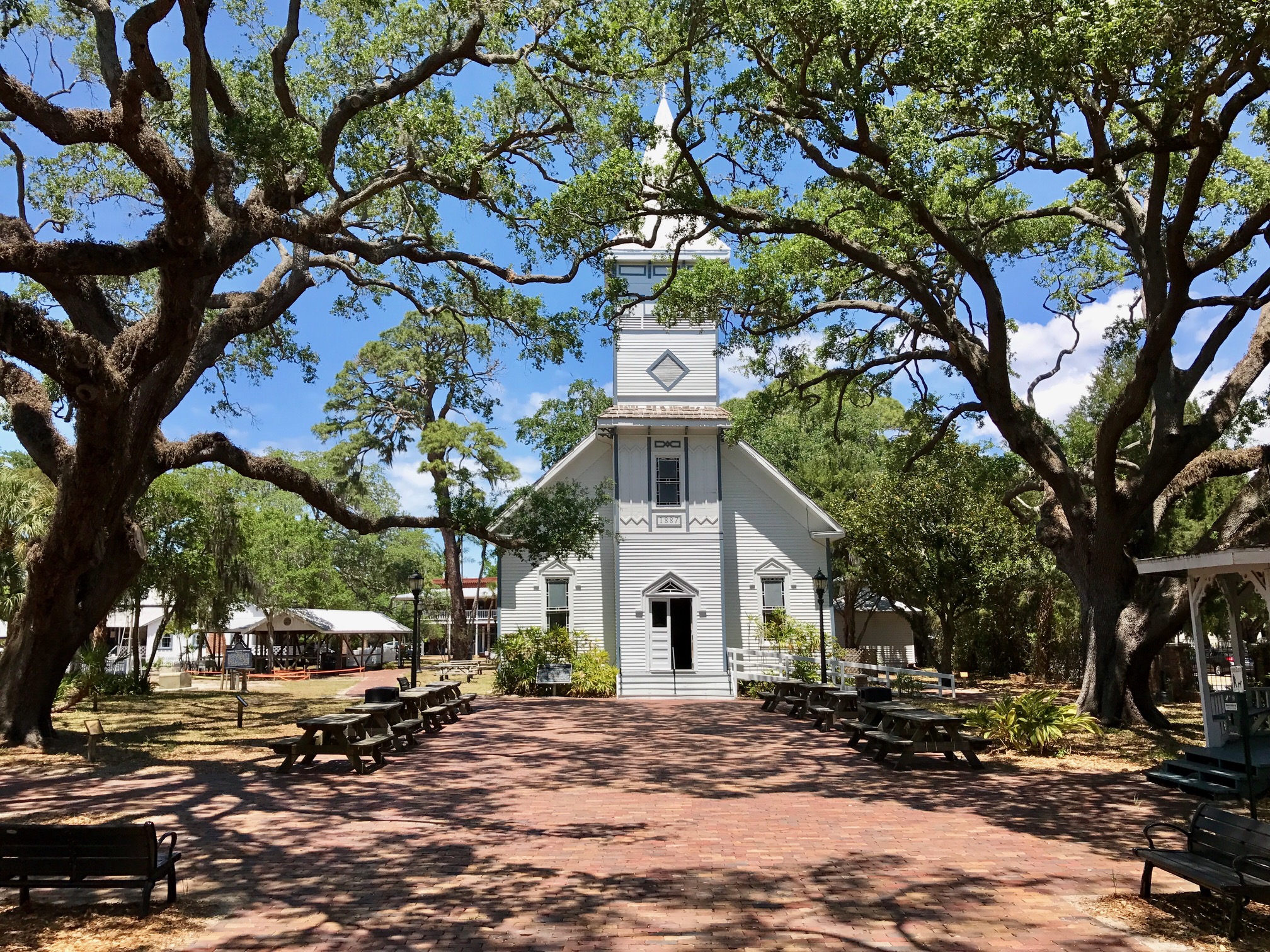 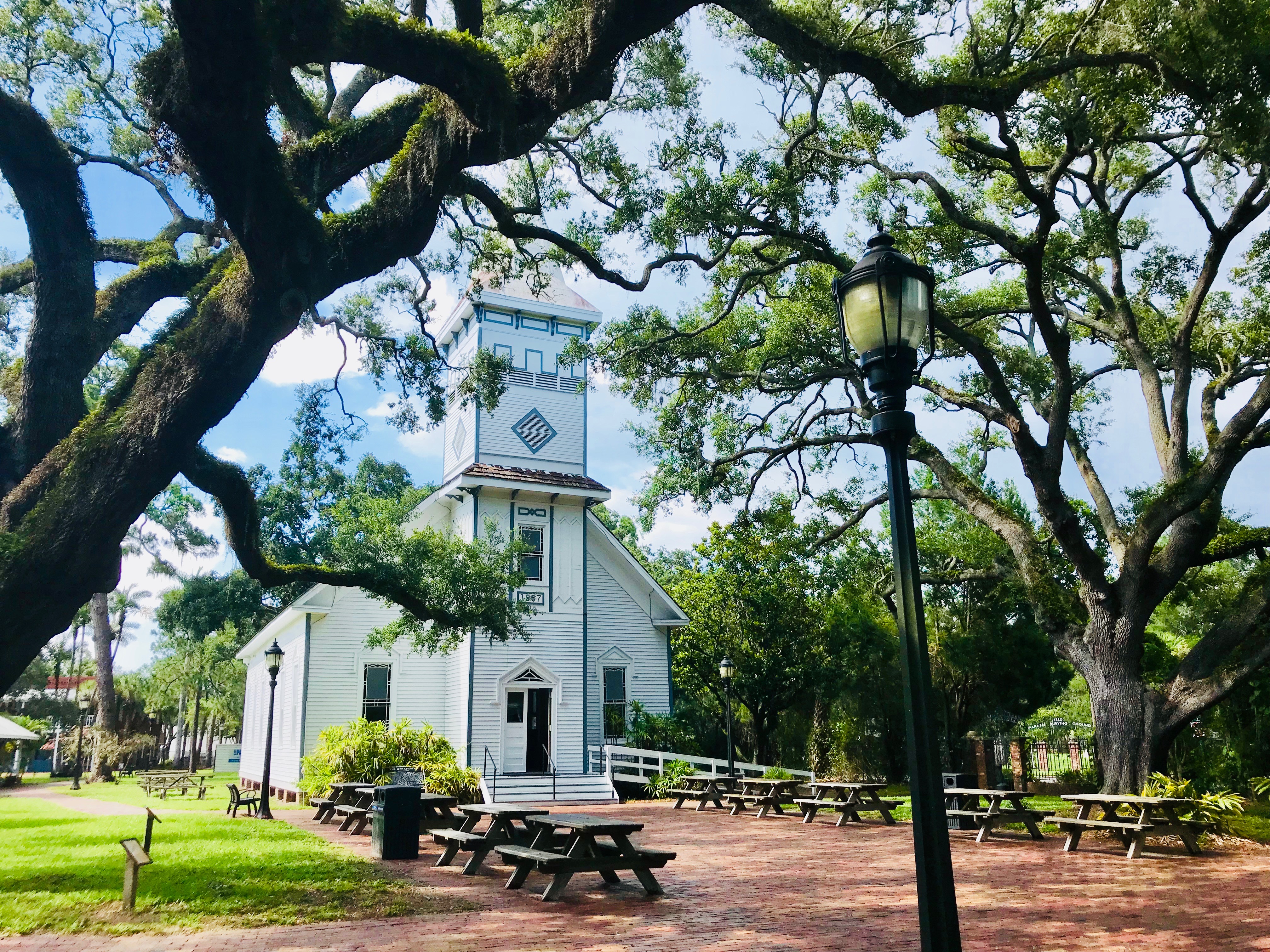 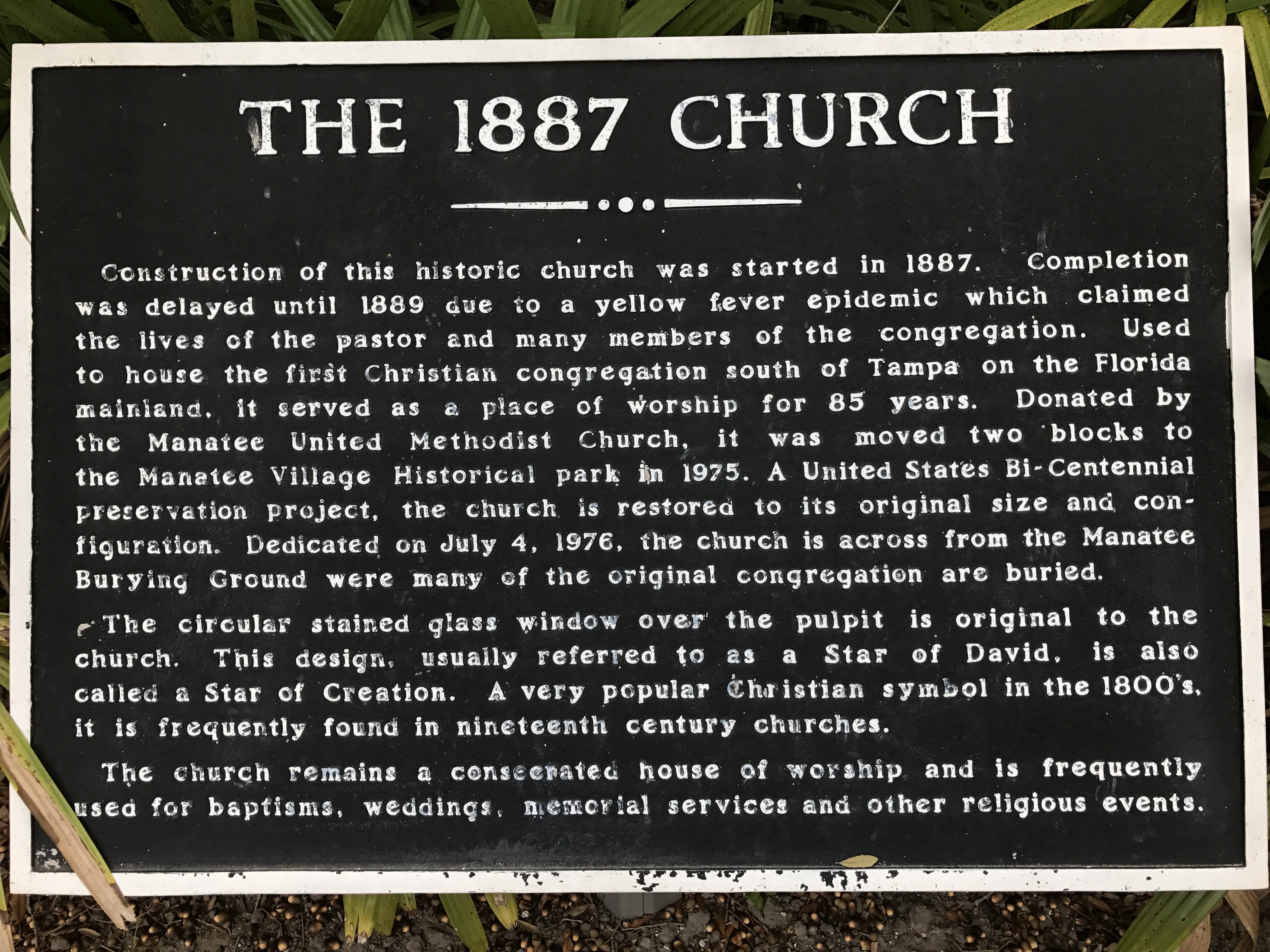 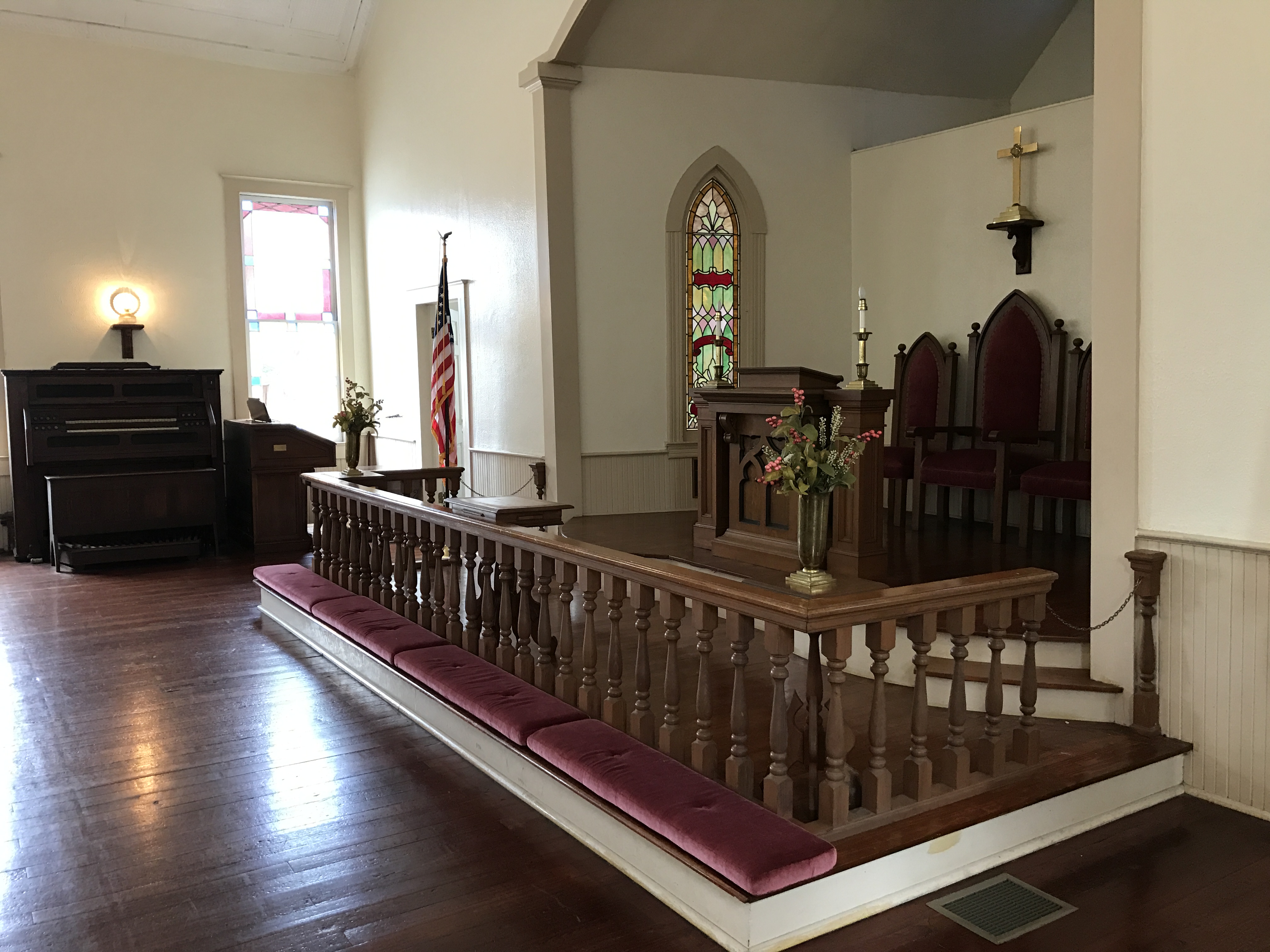 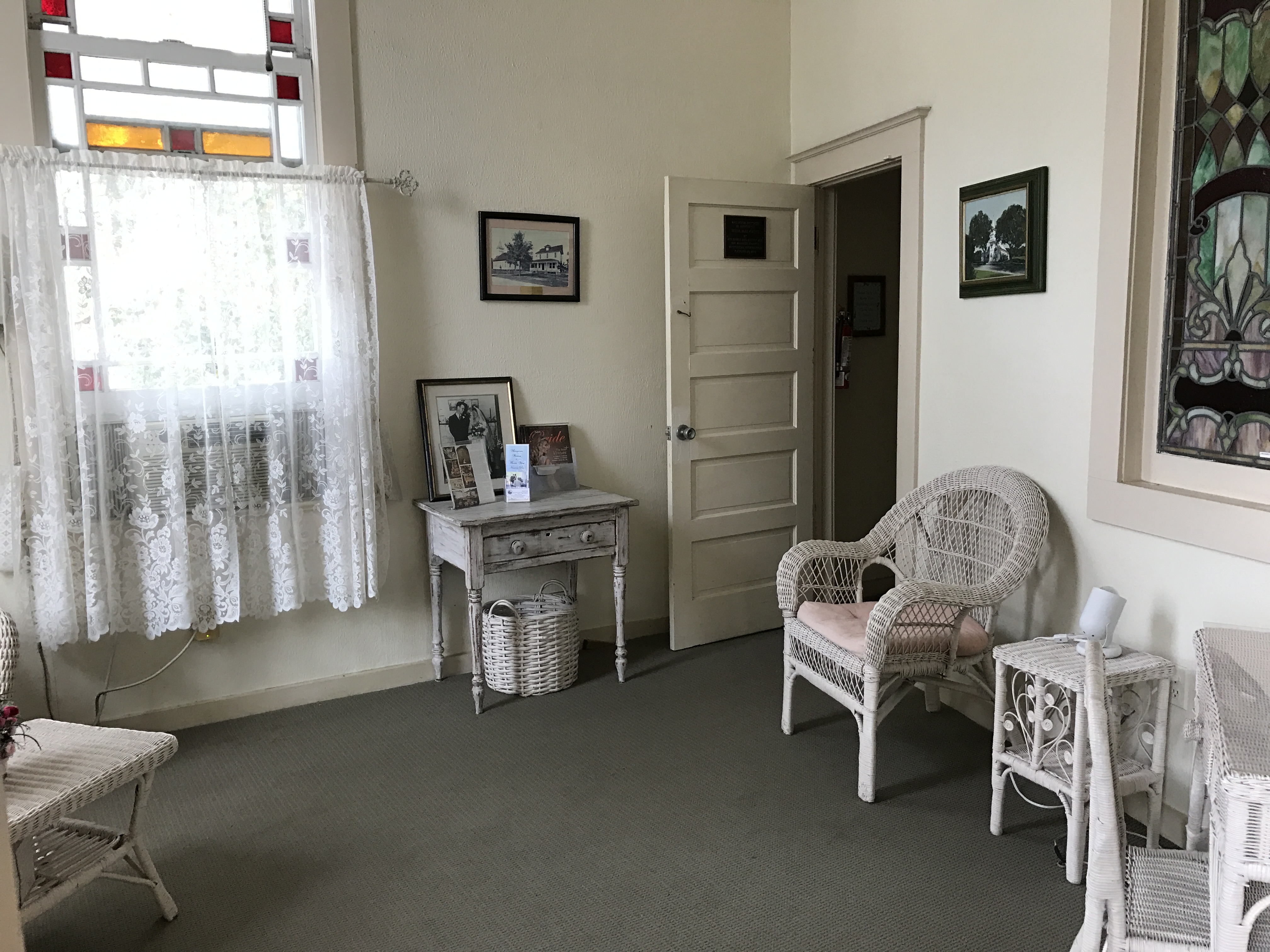 The idea for Manatee Village Historical Park sprouted in 1974. After a business meeting at Manatee United Methodist Church (located across the street), two women stood beneath the steeple of the sanctuary built in 1887. Tears welled up in their eyes as they thought about what they had just heard. The church building, along with a smaller building owned by the congregation, once Manatee County’s first courthouse, were to be torn down to make room for a new sanctuary and parking lot.

That night, these two women, Norma Carter and Willa Mae Gaines, vowed to do all that they could to save the two historical buildings. The idea for the Manatee Village Historical Park was born.

They created the Manatee County Historical Commission, with a HOME (heritage of Manatee's environment) Committee, and they partnered with the Manatee County Clerk of Court. Now standing ready to take on the task of saving the 1887 church and the 1860 courthouse, they worked with the City of Bradenton to find land.

City of Bradenton offered the Commission a parcel that had been the site of a park and the Manatee County Nursery School. That parcel of land became known as Manatee Village Historical Park. This museum was truly a community effort. The City, the County, and the Clerk of Court all worked with the Historical Commission to make this possible.

Manatee Village Historical Park officially opened to the public on July 4, 1976. Staff offices were located in the church. The museum comprised the church, gazebo, and courthouse.

This entry was written by Manatee Village Historical Park Staff.