Located in Lawrence's J.E. Stubbs Building, Mass Street Soda is at the site of a former drugstore that offered a soda counter in the early 1900s. Today, the building is the site of a business offering one thousand varieties of craft soda from around the world. The business occupies part of the ground floor of a historic commercial block type building at the corner of 11th Street and Massachusetts Street, opposite the Douglas County Courthouse. The J.E. Stubbs Building was constructed in 1909 and is a contributing part of the National Register-listed Lawrence's Downtown Historic District, listed in 2004. 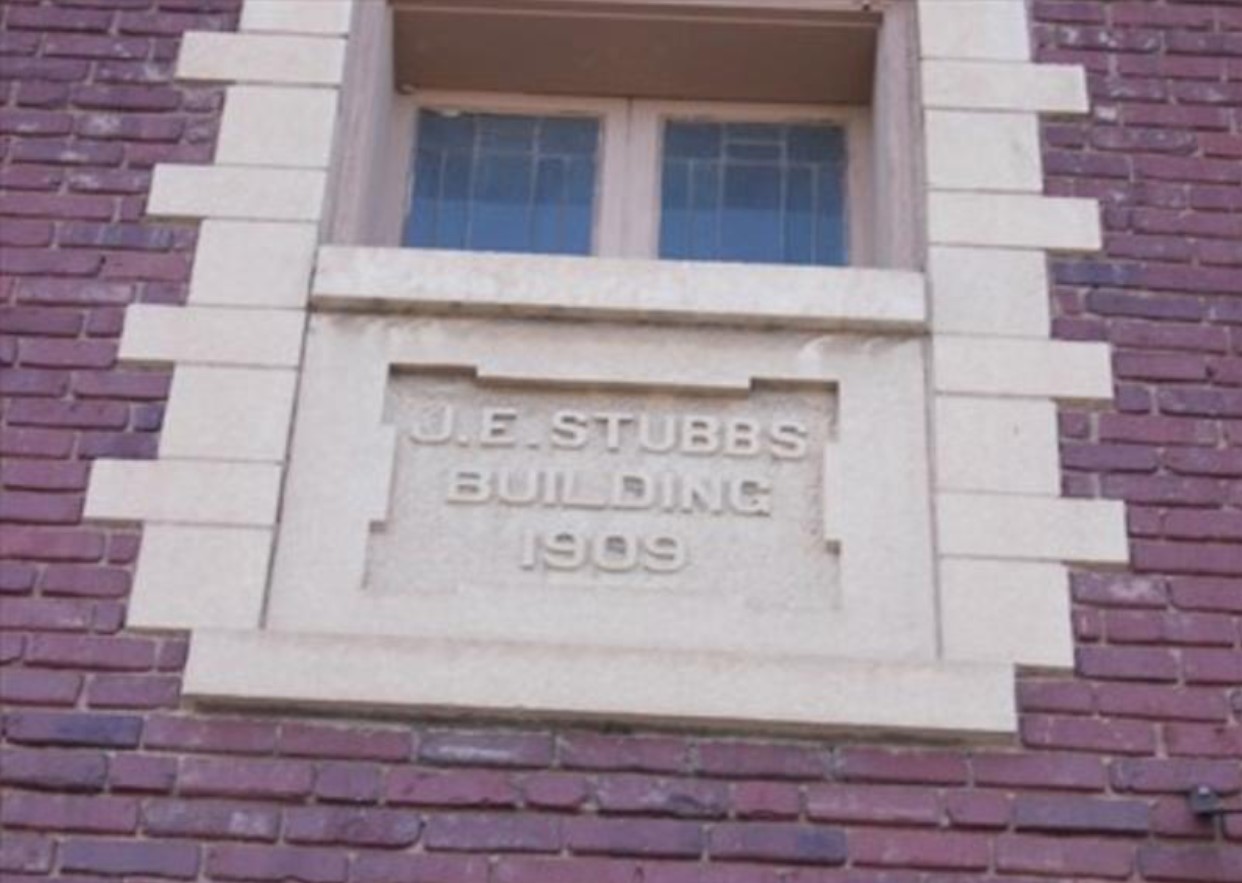 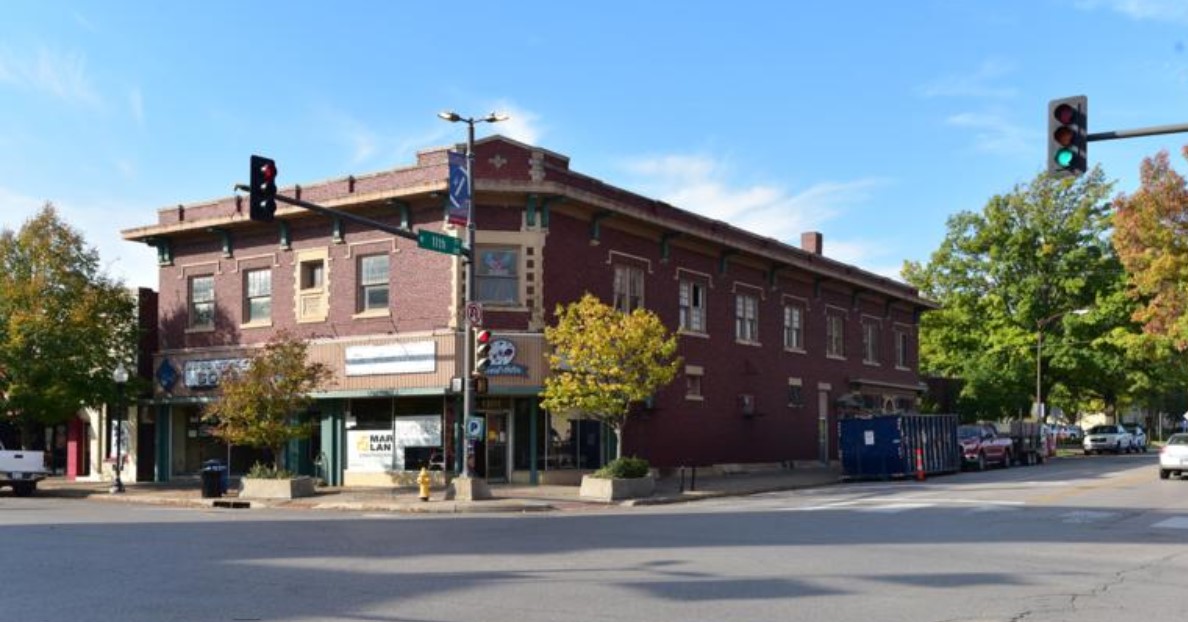 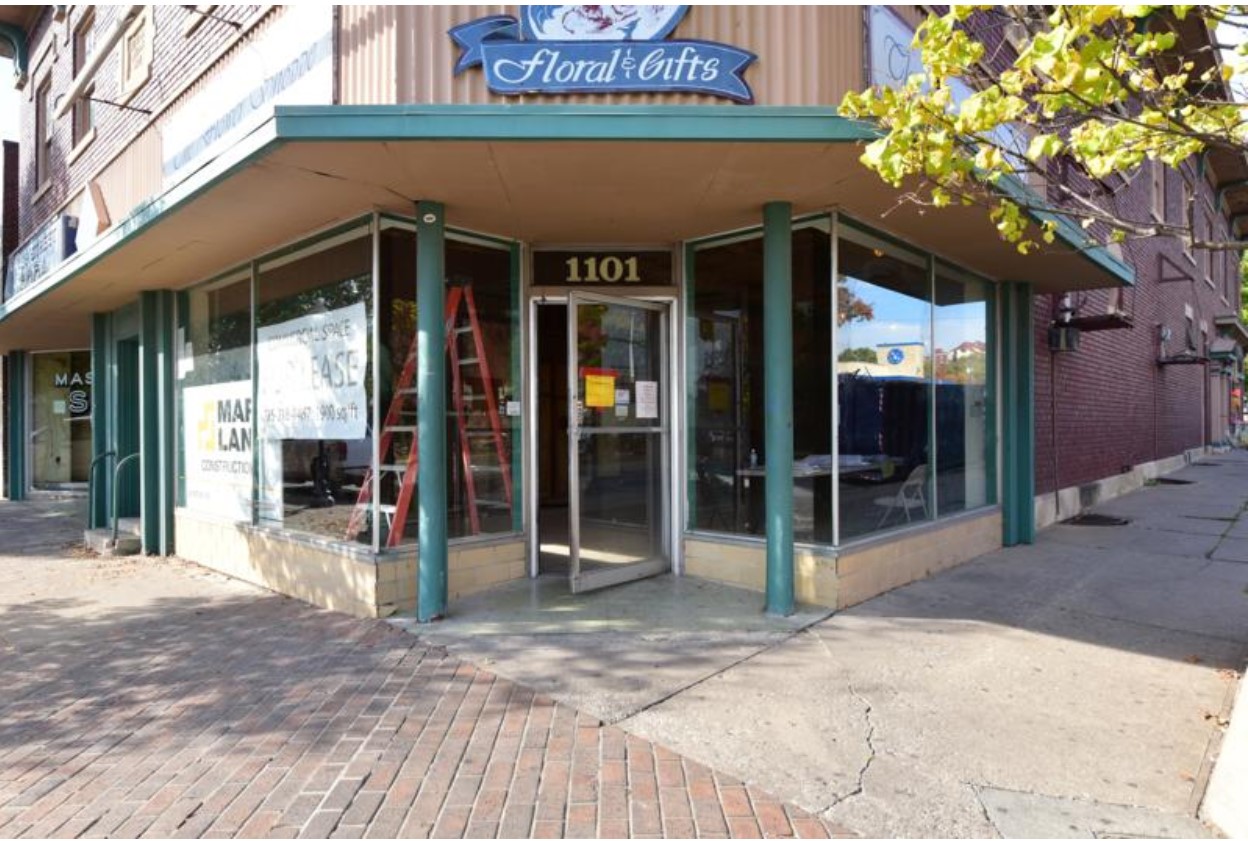 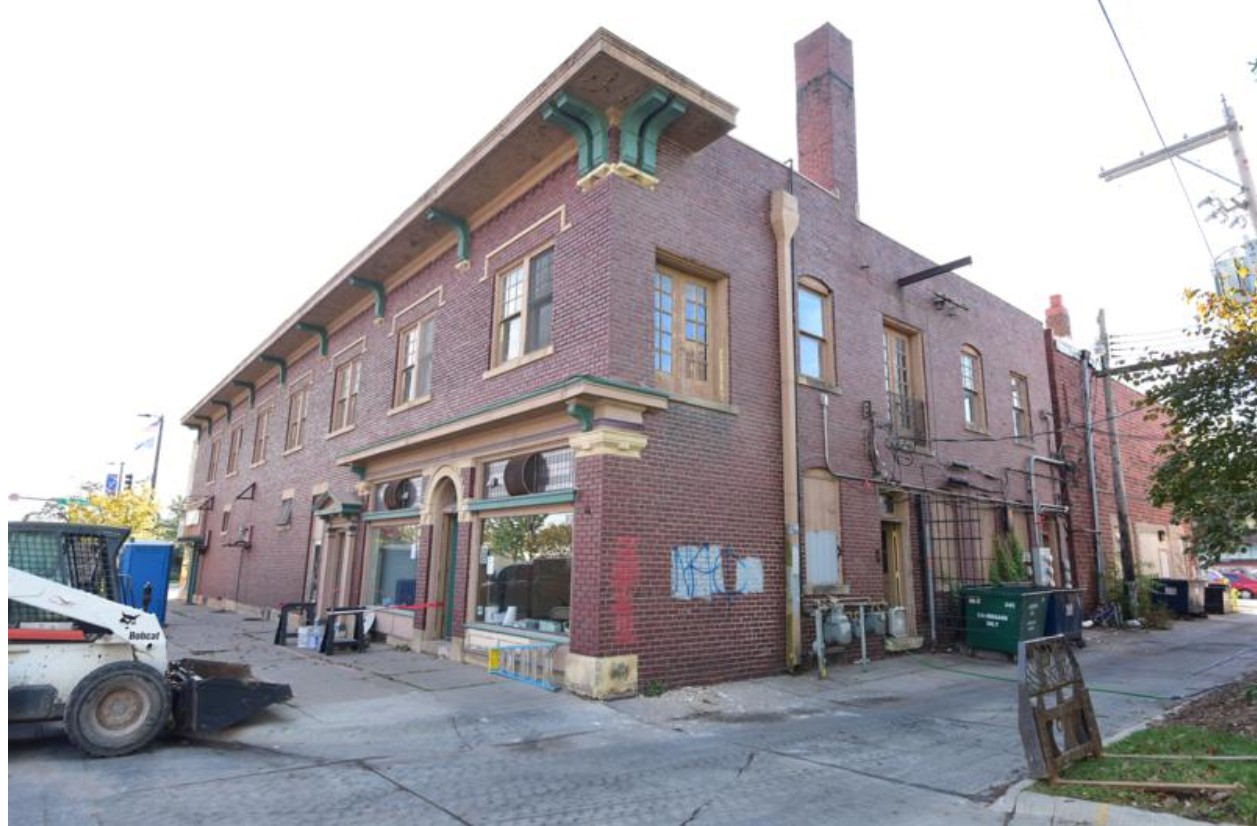 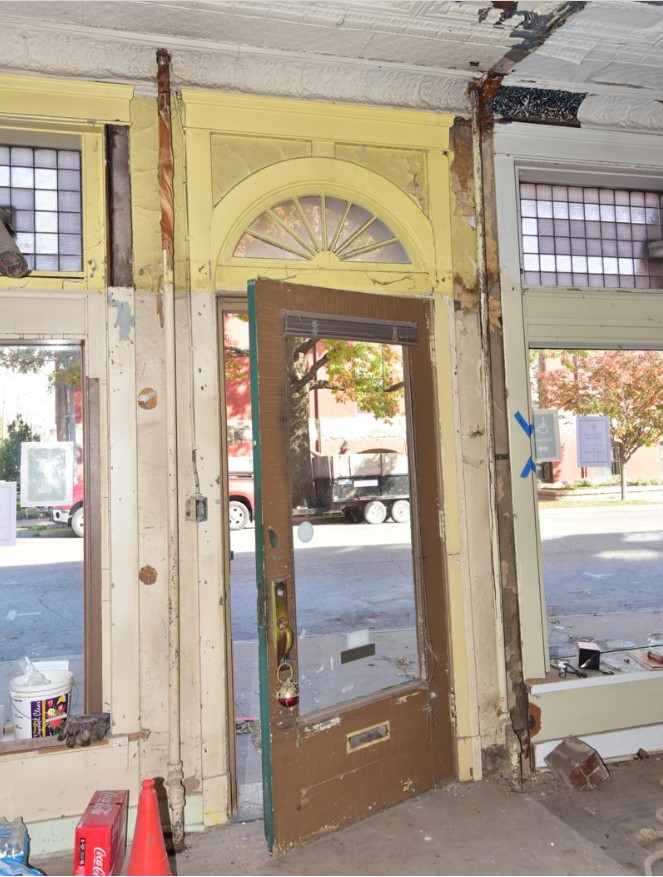 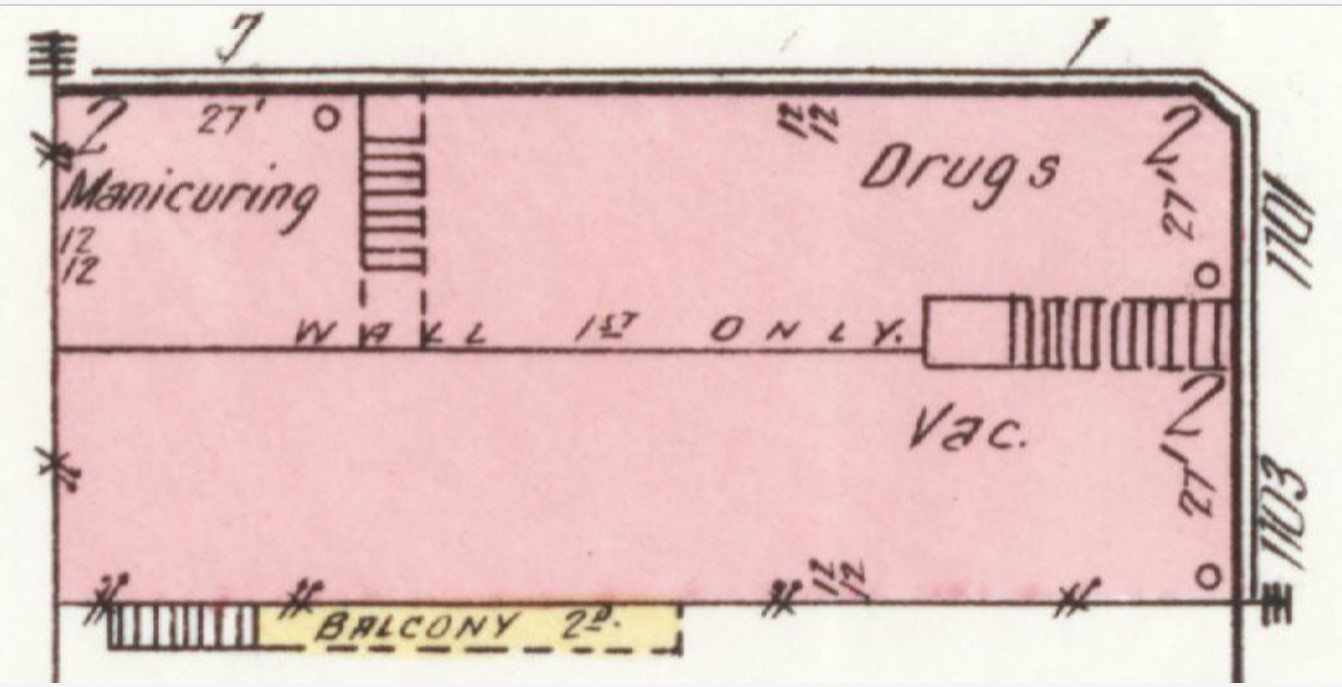 The J.E. Stubbs Building, a two-part commercial block building at 1101-1103 Massachusetts Street/105 W. 11th Street, contained a drugstore in the corner commercial space (1101 Mass. St.) in 1918. The commercial space in the northwest corner of the building (105) housed a manicuring salon. The south half of the building (1103) was vacant. J.E. Stubbs was one of the Directors of The People's State Bank of Lawrence, chartered in 1905.

The Stubbs Building contains a highlight of Lawrence's version of Main Street. Mass Street Soda (1103) began at this location in 2014 and carried "only" six hundred varieties of soda in the early days. The business moved during renovations but has returned to the 1101 Massachusetts Street locale. The store sells around one thousand soda varieties at a time, but over the course of the year with seasonal offerings, carries one thousand nine hundred varieties. A Topeka newspaper, The Topeka Capital Journal, mentioned that if a customer came into Mass Street Soda every day and drank one soda, it would take them three or four years to try every type. One specialty is the rental of root beer kegs for special events as well as offering three hundred kinds of candy.

The Stubbs Building is angled at the street corner. Two business doorways front Massachusetts Street and a third fronts 11th Street. The architectural style features Classical Revival elements. The second story is hard-fired red brick. Above the second-floor windows is a wide, overhanging metal cornice supported by brackets. A corbelled band of brick is below a parapet roof with short brick pilasters. The parapet at the angled corner features a pedimented fleur-de-lis decoration.

A new group, 1101 Mass LLC, bought the building and found it badly in need of repair, with second-floor retrofitted divisions of the space compromising the building's structural integrity. Their multi-year renovations, finished by 2019, respected the historic framework of the building and restored historic exterior finishes that had been removed. The project won an award from the Lawrence Preservation Alliance.

Sylas & Maddy's Ice Cream restaurant has moved into the 1101 Massachusetts Street commercial space. A long-time Lawrence family-run business, Sylas & Maddy's makes ice cream and waffle cones daily. They use a whole pie to create their pie-flavored ice creams and are open Mondays through Sundays from noon to 10pm. A children's shelter organization, Shelter, Inc., has offices in the 105 W. Eleventh Street part of the building.