Item 12 of 13
This is a contributing entry for The Rancho Los Cerritos Backyard (Accessible) and only appears as part of that tour.Learn More.

Just outside the gates is a plaque that shows the dividing lines between two portions of the original Spanish land grant to Manuel Nieto (1784) known as Rancho Los Nietos grant: Rancho Los Cerritos & Rancho Los Alamitos. The tallest tree in the forecourt is an Osage orange, which dates to Temple’s 1840s garden. The Osage orange is native to Louisiana and Eastern Texas where the Osage people harvested its roots, bark, and fruit to dye textiles and provide wood for tools and weapons. Popular in the Midwest as a hedge to mark property boundaries since the 1800s, the Osage is unusual in Southern California. In midsummer to early autumn, the falling fruit creates astonishment for Rancho visitors who say it looks suspiciously like a “green brain.” 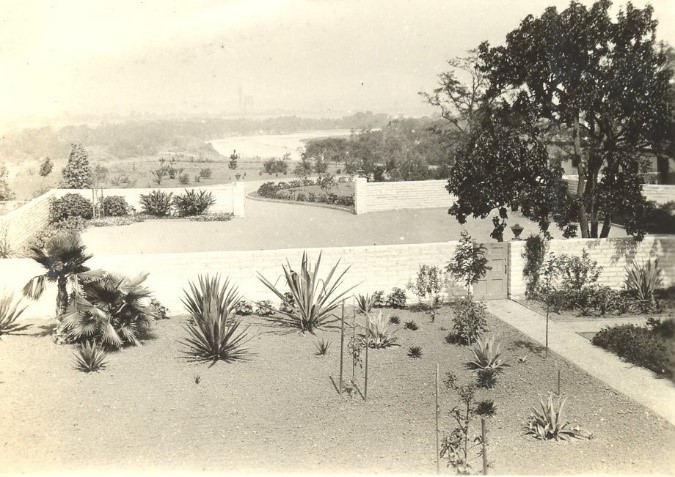 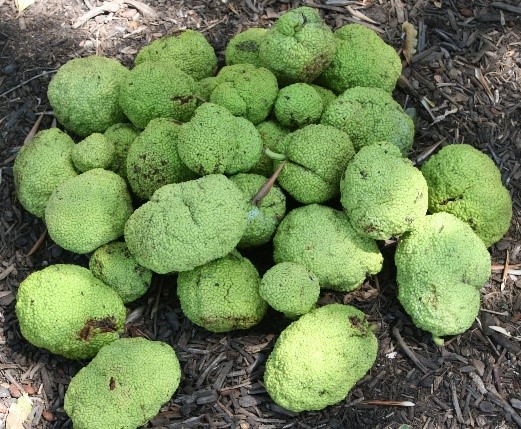