Philadelphia's iconic City Hall building is the largest municipal building in the United States and took thirty years to complete. For many years, this was the tallest building in the city until the completion of One Liberty Place in 1987. This impressive building replaced a previous city hall which was located at 5th and Chesnut until 1871. With granite that is 22 feet thick in some places, no expense was spared in the building's construction which continued in phases until 1901. The building is listed on the National Register of Historic Places as well as a national survey of the 150 most significant buildings in the United States. 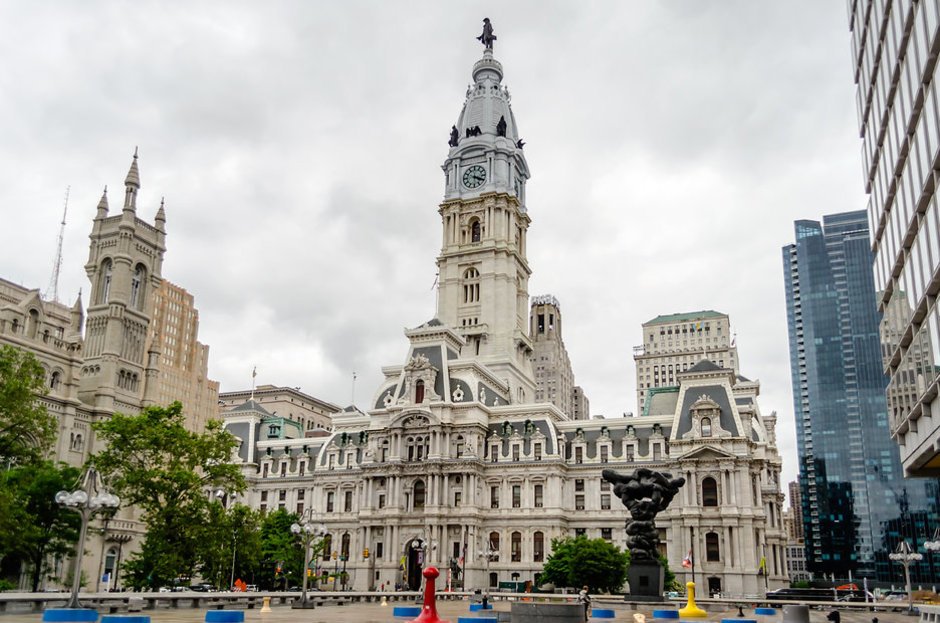 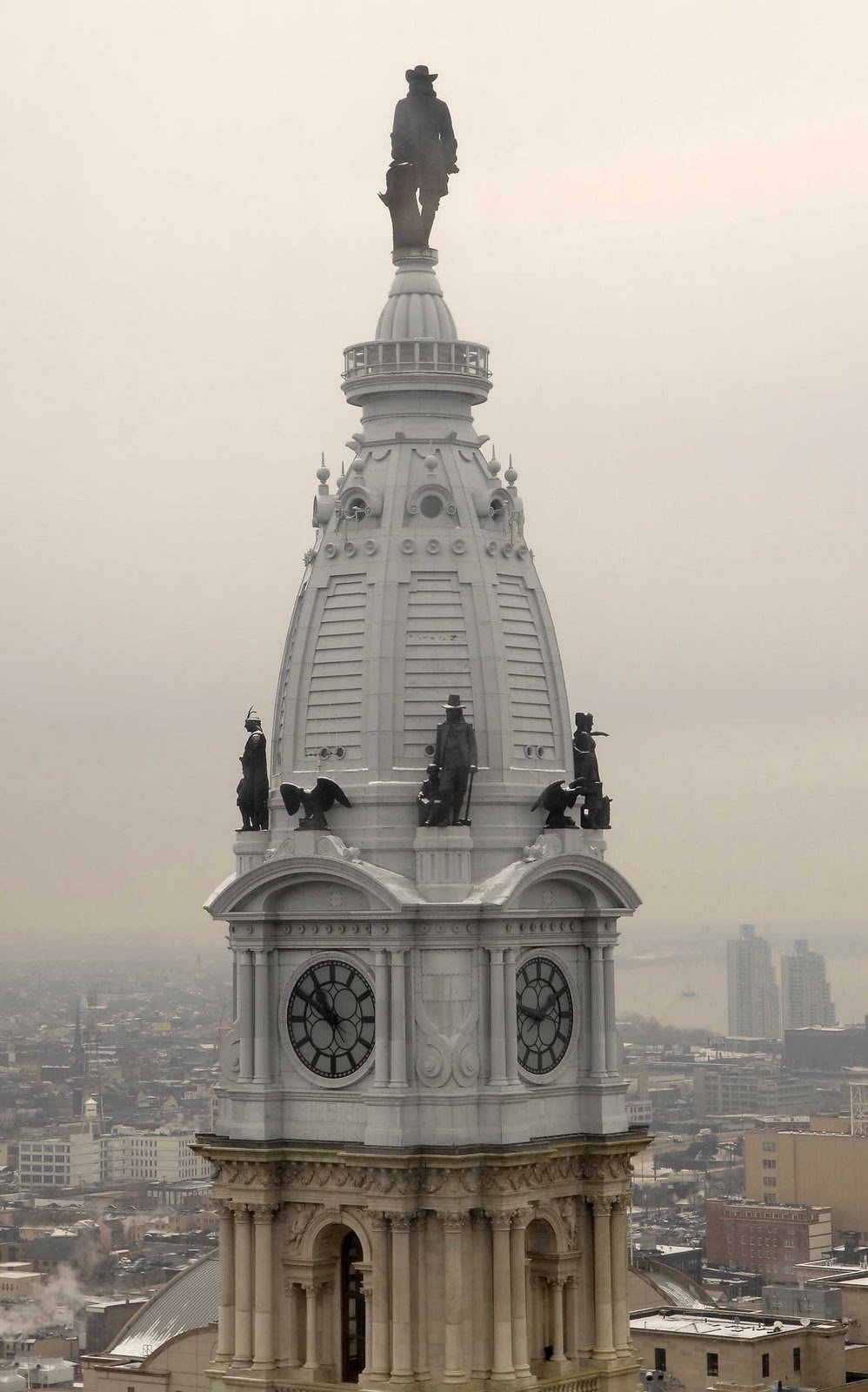 The head of William Penn's statue before it was assembled 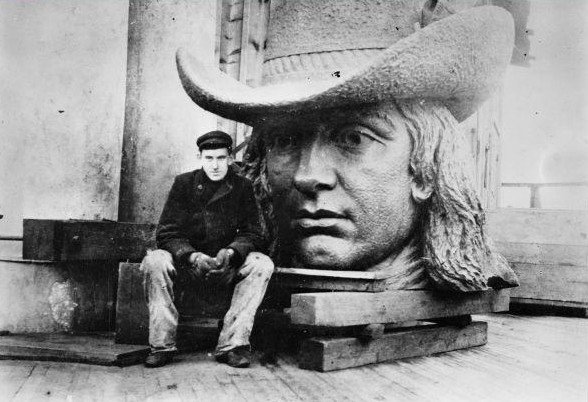 When Pennsylvania's founder, William Penn, designed the city of Philadelphia in 1681, he set aside five parcels of land public spaces, including what he called Centre Square. The square would be the site of public buildings, including city hall. It took roughly two hundred years for Penn's vision to come to fruition.

Philadelphia's original City Hall was located at 2nd and Market Streets. When the Independence Hall complex was completed, the building was moved to 5th and Chestnut Streets.The decision to build a new city hall was also based on the changing nature of the city. The city and county were consolidated in 1854, doubling the population of Philadelphia. Old City Hall, a modest, two-story building, could no longer meet the needs of the growing city, and in 1871, the current location was chosen by popular vote.

Philadelphia has a long history as one of the nation's most important cities. In the late 1800s, the city had aspirations of once again becoming America's most important urban area, and when construction of City Hall began, no expense was spared. Planners wanted a grand building to reflect the city's status. It was built in the French Second Empire style, which was popular at the time. It was a massive undertaking--the building has 14.5 acres of floor space and almost 700 rooms. More than 88 million bricks were used in the construction and the granite base of the tower has walls that are 22 feet thick in places. Construction of the building stretched into the next century, eventually taking thirty years and reaching a cost of almost $25 million.

The building's designers intended that it would be the tallest in the world, but the slow pace of construction meant that it had been surpassed by the Eiffel Tower and the Washington Monument when it was complete. With the addition of the 37-foot statue of William Penn at the top, however, it was--for a time--the tallest occupied building in the world. It remained the tallest building in Philadelphia until 1987 when One Liberty Place took the title. The remarkable structure can still claim to be the largest municipal building in the United States, however, with more rooms than the US Capitol. City Hall is listed on the National Register of Historic Places and is also a National Historic Landmark.