Pattee Hall was built in 1889, during the University’s first period of significant expansion. Designed by J. Walter Stevens in the Richardsonian Romanesque mode, it was the home of the Law School from 1889 until 1928. During these years, the Law School grew into a nationally renowned program, and eventually had to relocate to another building with more space. Pattee Hall, originally known as the Law Building, was named after the first dean of the Law School, William S. Pattee. The building currently houses the Institute on Community Integration (ICI), and is the third-oldest surviving structure on campus. 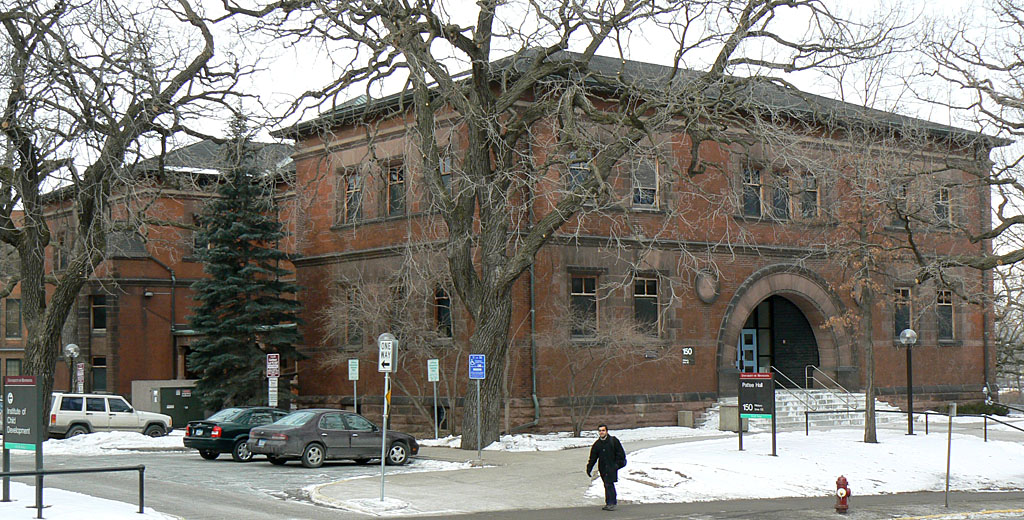 The building is surrounded by trees, as part of the University's park-like landscaping plan 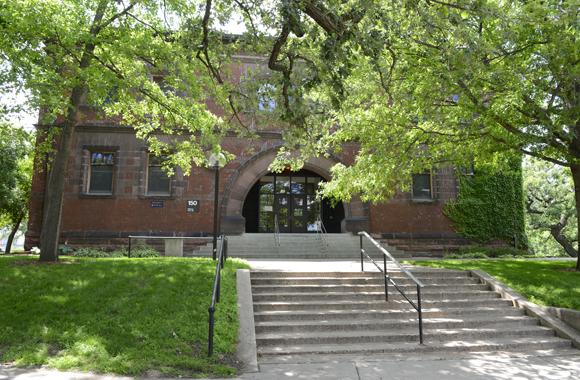 Pattee Hall was designed in the Richardsonian Romanesque style by J. Walter Stevens 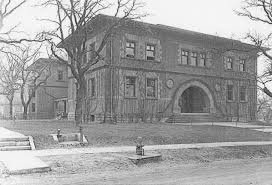 Pattee Hall was the first permanent home of the Law School, from 1889-1928 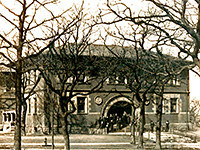 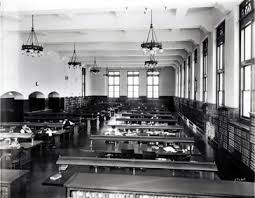 William S. Pattee, the Law School's first dean and the namesake of Pattee Hall, in his office 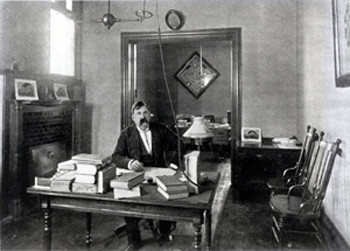 The University of Minnesota began establishing a number of professional schools in the 1880s and 1890s, and the Law School was one of the first. The Law School opened under its first dean, William S. Pattee, in 1888, and was located in the basement of the Old Main building for its first year. In 1889 it moved into its new home, which was then known simply as the Law Building. The Law Building was designed by St. Paul architect J. Walter Stevens and, like Pillsbury Hall (which opened the same year), is another campus example of the Richardsonian Romanesque style. The original structure, which is now called the north wing, cost $30,000 to build and accommodated 19,000 square feet of space. The two-story, red brick and sandstone building was surrounded by open space and shade trees, as part of Horace Cleveland's park-like landscaping plan for the Knoll area of campus. In 1904, a south wing was added that was equal in size to the original building, and the two were connected to form an “I” shape.

For its first 40 years of existence, the Law School operated out of this building, which was renamed Pattee Hall in honor of the school’s first dean. During this time, the Law School established itself as an acclaimed institution, and a number of foundational events took place within the walls of Pattee Hall. In 1893, Flora E. Matteson and Marie A. McDermott became the first female graduates of the Law School; one year later, John Frank Wheaton became the first African-American to graduate. The Minnesota Law Review began publishing out of Pattee Hall in 1917, and the Law School was fully accredited by the American Bar Association in 1923. The Law School’s library also expanded greatly throughout these first few decades, amassing tens of thousands of volumes that were managed by a Arthur C. Pulling, a librarian from Harvard.

In 1928 the Law School’s third dean, Everett Fraser, finally succeeded in relocating the school to another building. Fraser had long advocated for this move, believing that Pattee Hall’s classrooms and library space had become insufficient (the Law School first moved to Fraser Hall, then to its current location in Walter F. Mondale Hall across the river). From 1947 until 1965, the University Elementary School was located in Pattee Hall, as part of the laboratory school movement. Currently, Pattee Hall is the third-oldest surviving building on campus, and in 1984 it was added to the National Register of Historic Places as a member of the Old Campus Historic District. The following year, it became the home of the University’s Institute on Community Integration (ICI), and remains so to this day.