Canal street was the city's main shopping area in the 1960s. However, Jim Crow law allowed lunch counters to refuse service to African Americans, which made up 40% of New Orleans population. On September 9th, 1960, white and Black members of the New Orleans chapter of the Congress of Racial Equality (CORE) defied those segregation laws at Woolworth's lunch counter. The students were arrested for holding the sit-in at the Canal Street location. However, the event contributed to the historic Civil Rights Act in 1964. 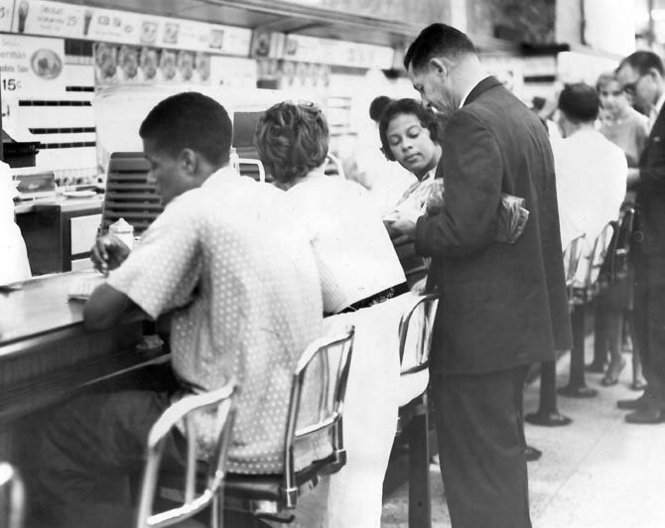 Adam Fairclough, Race & Democracy: The Civil Rights Struggle in Louisiana, 1915-1972- Click the link below for more information about this book 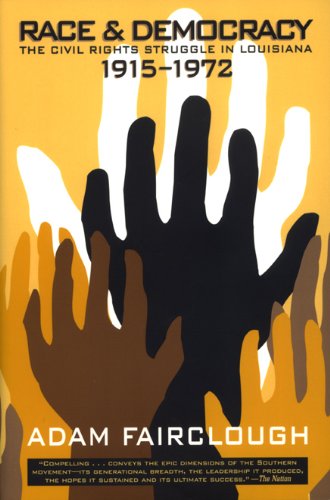 Sparked by a series of sit-in's through the Jim Crow South and the work of CORE, five African-Americans and two white students staged the first lunch counter sit-in on on September 9, 1960, in New Orleans at Woolworth's on the corner of Canal St. and N. Rampart St. The segregated lunch counter reserved for white clientèle only refused service to the African-American students. Six police officers at the scene did not force the students to leave. However, the students were harassed verbally and physically by the counters patrons. Meanwhile, Woolworth's employees continued to offer service to its white customers.

This peaceful, nonreactionary form of protest, became standard practice for the Civil Rights Movement, which effectively contrasted the behavior between the protesters and the violence used by segregationists. Not only did this event change the city of New Orleans, the sit-in also inspired other forms of protest, such as Freedom Riders and the Freedom March in 1963. All of which lead up to the signing of the Civil Right's Act in 1964, which overturned Southern segregation laws.

Today, however, visitors will not find the original Woolworth's building at the intersection. On February 26, 2015, the historic site was demolished for the purpose of building a new condominium. Although the building itself is no longer there, the spirit of those freedom fighters can be found on the streets of New Orleans and at the heart of the city.