The Samuel Albright House served as the location for a Confederate artillery and bivouac site during the Skirmish of Oyster Point in late June of 1863. Located along the Carlisle Pike, the Albright House was a prime location for Confederate forces to set up artillery positions as it overlooked Union militia in and around Oyster Point (present-day Camp Hill). Samuel Albright, for whom the house is named after, is listed in an 1860 census as being born in 1823. However, the property was being rented out by William Eppley at the time of the Confederate occupation. 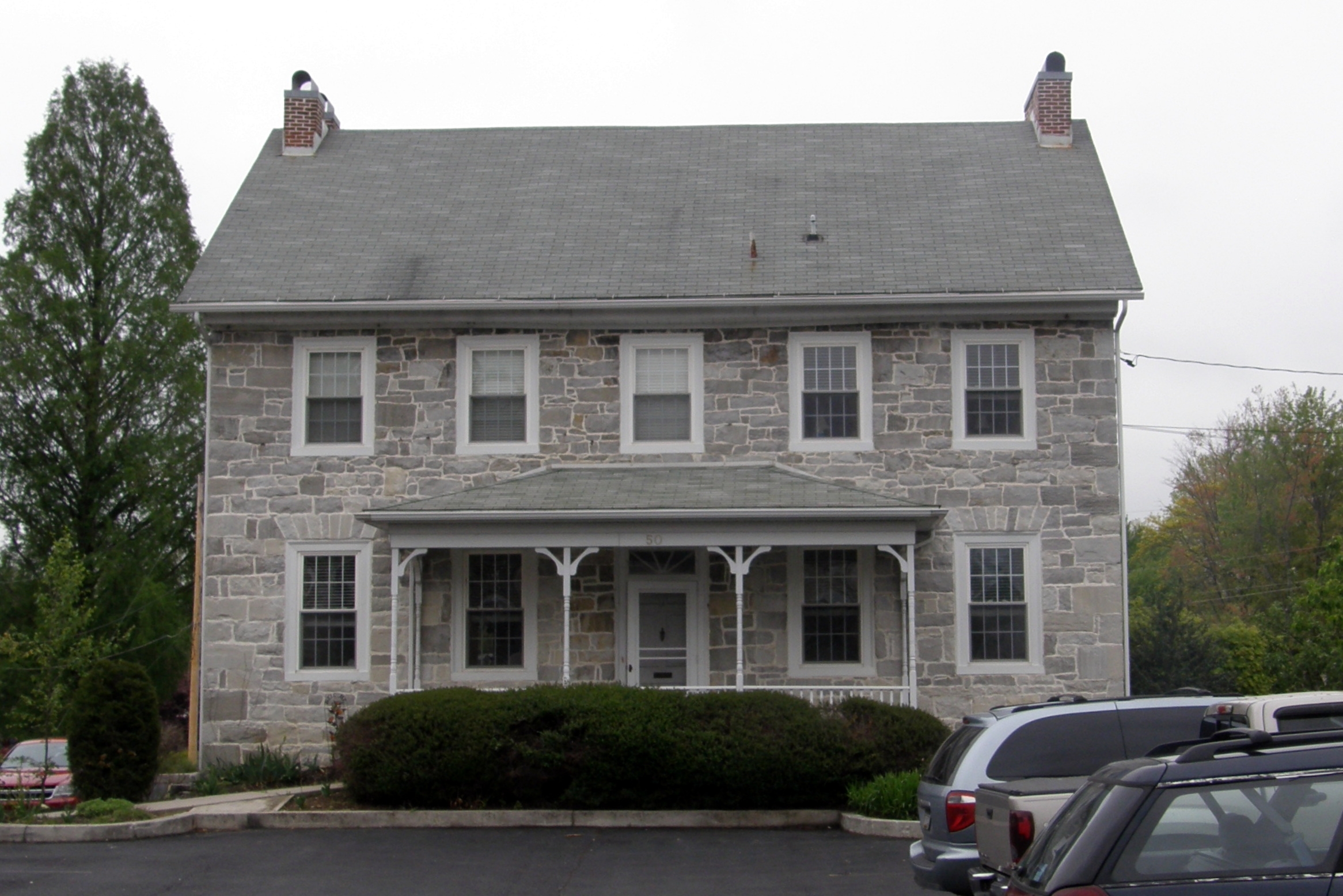 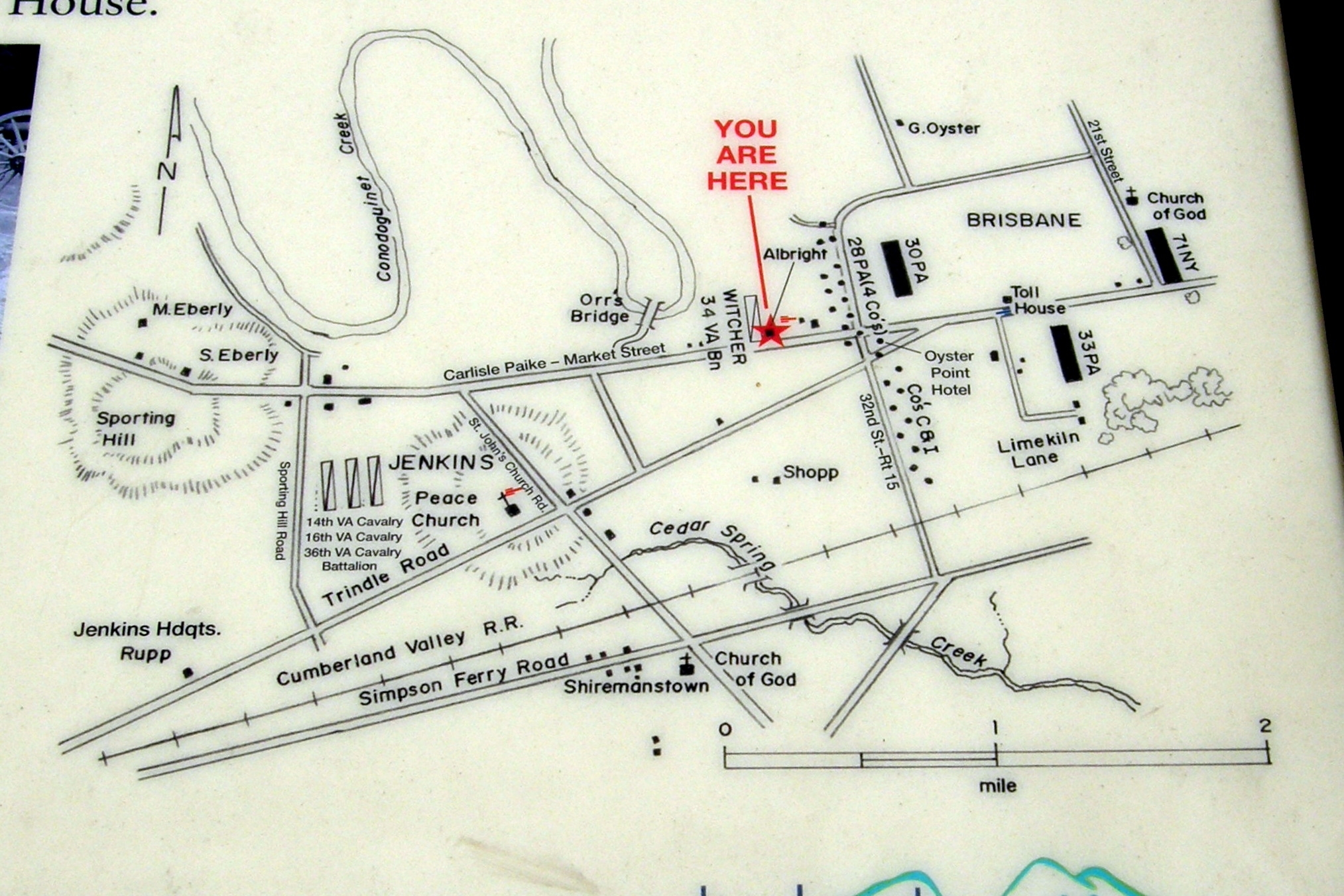 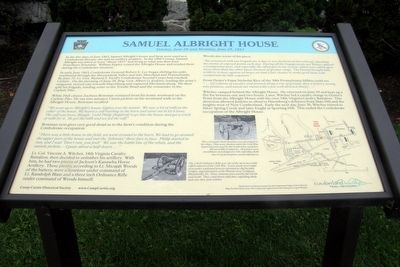 During the Confederate invasion of Pennsylvania in late June of 1863, Confederate troops under the command of General Albert G. Jenkins advanced from Carlisle to Mechanicsburg, reaching the town on June 27. Jenkins, who was under the command of Lt. General Richard S. Ewell, sent his forces east toward the Pennsylvania capital of Harrisburg. On June 28, Confederate forces ran into two New York regiments and Landis' Philadelphia Battery of Light Artillery near Oyster Point (present-day Camp Hill).

During this time, Lt. Col. Vincent A. Witcher of the 34th Virginia Cavalry Battalion established an artillery position at the Albright House. The Confederate forces shelled Union militia from this position on and off for two days during the Skirmish of Oyster Point. Witcher eventually created a diversion by leading a cavalry charge against Union forces at Oyster Point. This diversion allowed General Jenkins to observe Harrisburg's defenses from Slate Hill and New Cumberland Heights. The Confederates abandoned the Albright House on June 30 as they were ordered to retreat west toward Mechanicsburg, thus ending the occupation of the Albright House. The Battle of Sporting Hill would follow immediately after as Union forces pursued retreating Confederate forces along the Carlisle Pike.

One citizen of the town, Zacheus Bowman, recounted his experience viewing the Albright House around the time of the Confederate invasion:

“There was a little house in the field, we went around to the barn. We had to go around the upper part of the house and met the “Johnnies” there face to face. Philip started to run and I said ‘Don’t run, you fool!’ We saw the battle line of the rebels and the outside pickets. – I guess about a half dozen ….”

The Samuel Albright House Historical Marker is part of a project by The Camp Curtin Historical Society hoping to map out the Civil War road to Gettysburg. The Albright Marker is one of six in the West Shore area. The signs were funded through a combination of individual donations and a grant from the Cumberland County Visitors Bureau, totaling about $12,000. The project hopes to keep expanding the Civil War history in Pennsylvania, including more battle sites and even some markers covering the Underground Railroad in the future.