Built in 1860, the Gallier House provides one of the best examples of classic New Orleans history and architecture. Located in the French Quarter, the house is bordered by many other historical landmarks, like the Beauregard-Keyes House and the Lalaurie House. This home was designed and built by the father-son duo James and James Jr. Gallier. They were two of the most prominent architects in New Orleans and designed many of the other landmarks in the city including the French Opera House. This house was known for being very advanced for its time and is one of the most architecturally beautiful homes in New Orleans and became a National Historic Landmark in 1974.

The Gallier House features four iron arches on the balcony that reach up to the roof. The balcony is held up by four pillars. 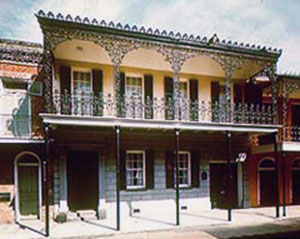 The interior of the house contains period furnishings. When it was built, the house had many unique features that many houses of the time period didn't have, such as running hot and cold water in the bathroom. 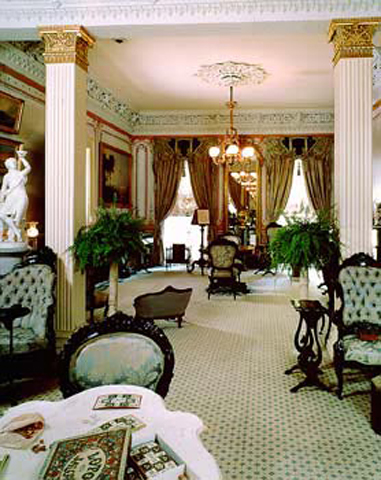 The plaque installed on the outside of the house deeming it a historical landmark. 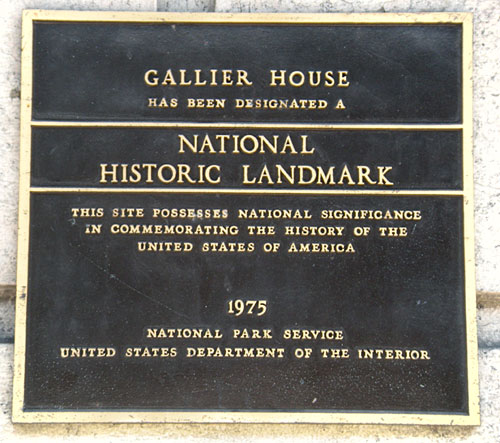 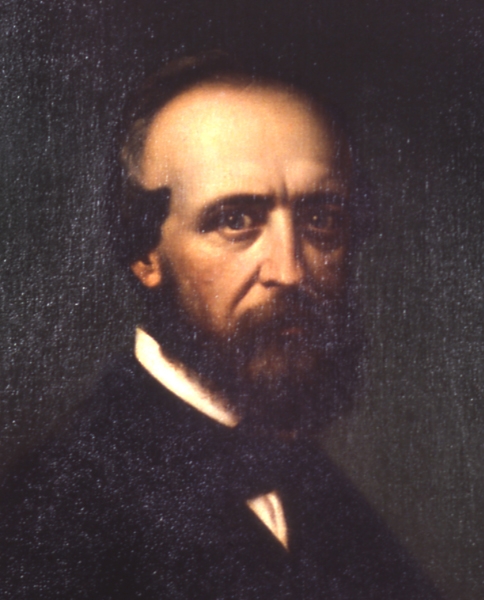 At the time, this home was one of the most beautiful buildings in New Orleans. It was and is still considered an architectural achievement. This home was extremely technologically and architecturally advanced for the time period it was built in.

When visitors walk inside, they can already tell this home was different from the others around it. It is very open; when you first walk inside, you enter one of the two parlors. It is also very ornate and boasts many rare luxuries of the time including an interior kitchen (most kitchens were outside). It also has running hot and cold water that run into the bathroom and kitchen.

The exterior of the home is also very unique. All of the wrought iron that was used on the home was custom made and you cannot find it anywhere else in the French Quarter. Four iron pillars hold up the balcony that comes off of the second floor and four wrought- iron arches that come off of the balcony extend all of the way up to the roof. As such, the house has some of the best latticework of any other home in the Quarter. There are also four large windows that open up all of the way to the top so that you can step onto the balcony. The home also has a carriageway in the front and slave quarters and garden in the rear.

The Gallier House was such an important home that it was restored and turned into a museum. Today, anyone can tour this house so they can see its beauty up close. It has been restored, but all of the original designs of the house have remained the same. All of the other features of the house, including the slave quarters and the garden, have been restored as well.