The Marie Delphine LaLaurie Mansion strikes horror in the minds of all who know its history. In this building, Marie Delphine LaLaurie tortured, mutilated, and murdered a number of the family's slaves. This lavish residence was constructed for the Lalaurie family in 1831. A fire in 1834 revealed both dead and tortured slaves in the home's upstairs attic. Though it is difficult to distinguish fact from fiction, it is commonly understood that Madame LaLaurie's actions were horrific enough to enrage the otherwise complacent white, slave-holding residents of the city. While historians may never fully know the true horror that went on in the house, the tragic accounts known are recalled and remembered out of respect for those who suffered at her hands. 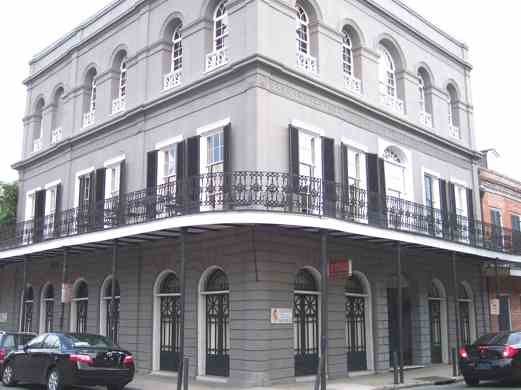 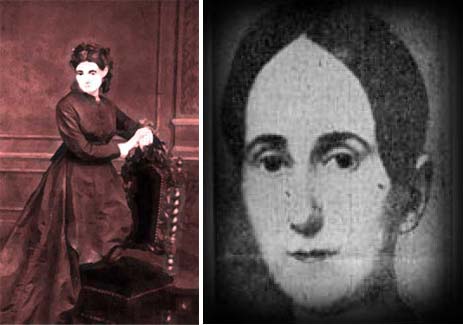 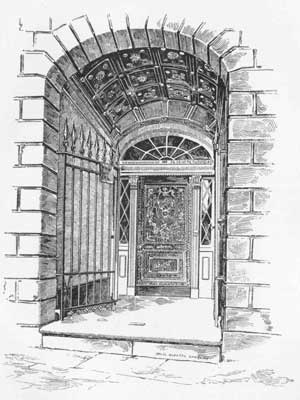 The LaLaurie mansion, from a 1906 postcard

Rendition of the 1834 fire that almost destroyed the LaLaurie Mansion, only to reveal the horrors within the home. 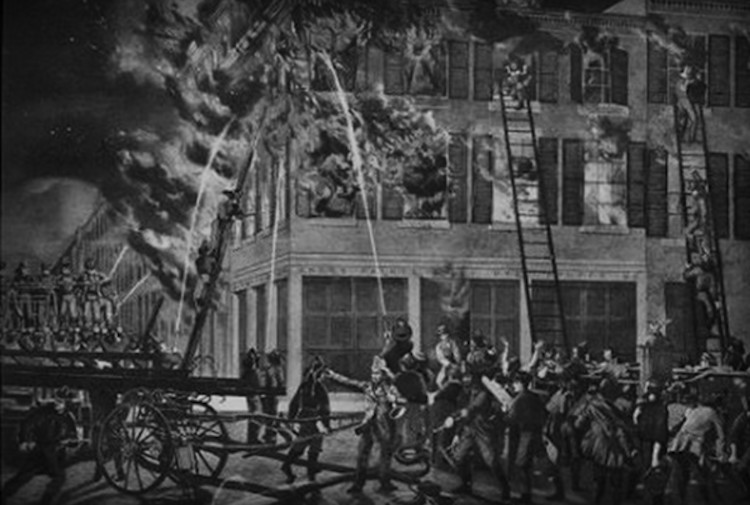 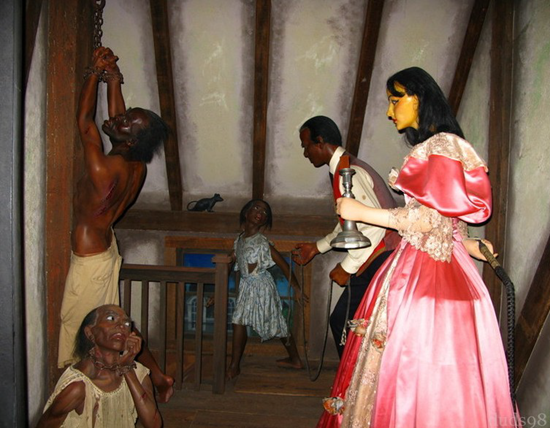 Born in 1775, Delphine Macarty married three times, lastly to Louis LaLaurie in 1825. The cause of death of LaLaurie's first two husbands remains unknown. Madam LaLaurie acquired a fair bit of wealth from her first two husbands and so in purchased the lot at present-day 1140 Royal Street in 1831.  She then had a three-story family residence constructed on the property.  Louis, Delphine, and Delphine's two of Delphine's daughters moved into the house.

Delphine and her husband became well known for the lavish parties they hosted in their large home. She was well-know in local social circles and was reportedly "sweet" and "graceful"  in her manners toward those she considered her equals. Some said she was likewise sweet and soothing in front of others toward her slaves, but rumors also surfaced of a cruel and barbaric side to Madame Delphine.

In 1833, neighbors witnessed Delphine chase a 12-year-old slave girl off the roof of the mansion with a whip. The child died from the impact of the fall. Though the LaLauries attempted to cover up the event, an investigation found the child's body hidden in a well. The LaLauries were fined and forced to sell the rest of the slaves on the estate. However, Madame Delphine arranged for other family members and relatives to purchase the slaves and return them to her home.

On April 10, 1834, a slave woman who had been chained to the stove to cook for the family, attempted suicide by starting a fire. She later reported that she would rather die than be taken to the upper room for punishment.

Firefighters and bystanders worked to bring everyone in the house to safety. However, the LaLauries refused to hand over the key to the upper room, where it was believed there were more slaves.  After breaking down the door, firefighters found at least seven imprisoned and mutilated victims of Madame Delphine's torture, some held by iron collars. Though there are conflicting accounts as to what else was discovered in the attic, the resulting outrage speaks to extreme depravity on Delphine's behalf.  As word spread, a mob of angry citizens attacked the house. Delphine is said to have escaped to Paris with her daughter, where she later died.  Her husband's fate remains unknown.

Further exhumations of the house revealed more bodies and remains, including that of another child, leading to the realization that either Madame Delphine, her husband, or both had been serial murderers.

Madam Delphine LaLaurie is portrayed by Kathy Bates in the popular FX installment of the 2013-2014 3rd season of American Horror Story: Coven.  This fictionalized account tells the story of Madame Delphine's life and the torture and murder she inflicted on the slaves her family owned.  Many believe the house to be haunted.

"The conflagration at the house occupied by the woman Lalaurie.." (PDF). New Orleans Bee. April 11, 1834. – The relevant text appears at the top-left of the linked scan. A transcript of this article can be found here for ease of reading.

"The popular fury which we briefly adverted to in our paper of yesterday.." (PDF). New Orleans Bee. April 12, 1834. – The relevant text appears at the top-left of the linked scan. A transcript of this article can be found here for ease of reading.

Not open to the public to go inside but there are tours around New Orleans where a trip to the LaLaurie Mansion is available.