The Youngerman Block building is significant for its unique architecture and association with its builder and namesake, Conrad Youngerman (1833-1901), and the architect who designed it, William Foster (1842-1909). Youngerman was a German immigrant who became a leading building contractor in the city in the 1800s. He built the Youngerman Block in 1876 and it is one of the earliest buildings he constructed that is still standing. Foster designed many buildings in Iowa including courthouses, churches, and commercial buildings. In terms of architecture, the Youngerman Block combines the Italianate and Art Deco styles. Italianate features include the tall, narrow windows, the decorative window surrounds with keystones, and the bracketed cornice. The Art Deco storefront was added in 1935. It features red, green, and black ceramic tiles and chevron patterns. The building was listed on the National Register of Historic Places in 2009.

The Youngerman Block building was built in 1876 by German immigrant and contractor Conrad Youngerman. Iowa architect William Foster designed it in the Italianate style. The Art Deco storefront was added in 1935. 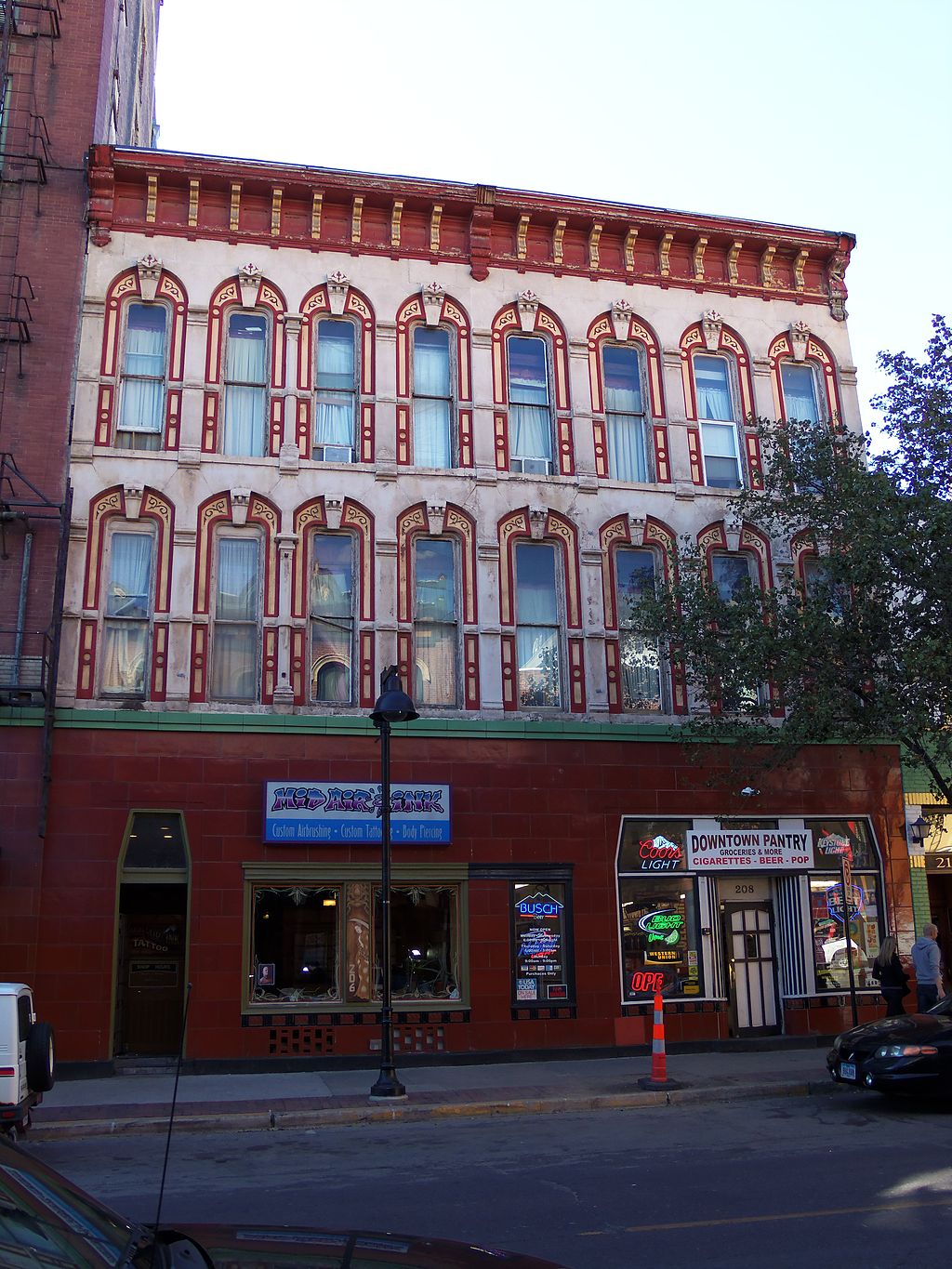 Conrad Youngerman was born in Wichdorf, German on December 15, 1833. His father and grandfather were contractors. He became a stonecutter and then was drafted into the German army. After completing his service he immigrated to the U.S. in 1854 and found a job in a brickyard in the state of New York. He eventually moved to Lorain County, Ohio, where he met and married his wife, Miene. They then arrived in Des Moines on September 28, 1856. Youngerman quickly made a name for himself as a skilled contractor. He established a brick business and managed large construction crews of a building company. At its height, his business employed 150-250 workers and made four million bricks each year. In 1861, he was awarded the contract for the stonework on the Polk County Courthouse.

Youngerman was also innovative. He developed an artificial stone called "abestine" to replace natural stone, which was expensive in Iowa. The upper floors of the Youngerman Block's exterior is made of abestine. He was active in the community as well. He was a member of several fraternal organizations, was a stockholder in two local banks, and served three terms as alderman. At the time of his death in 1901 his estate was valued at $2 million. He and Miene had six sons.

William Foster was born in 1842 and became a prolific architect in Iowa. His firm was among the first in the state to receive commissions for large-scale projects which had previously been awarded to out-of-state firms. Foster designed several buildings in Des Moines in addition to the Youngerman Block including the Hawkeye Insurance Building and St. Paul's Episcopal Church. He also invested in building construction and land speculation. He left the architecture field in his mid-fifties and became a theatrical manager.