A histoirc print of the Washburn "A" Mill, from the Northwestern Miller, October 15, 1882. 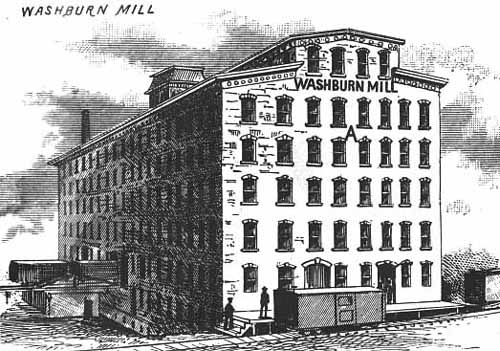 Mill City: A Visual History Of The Minneapolis Mill District by Shannon Pennefeather-Click the link below for more information about this book. 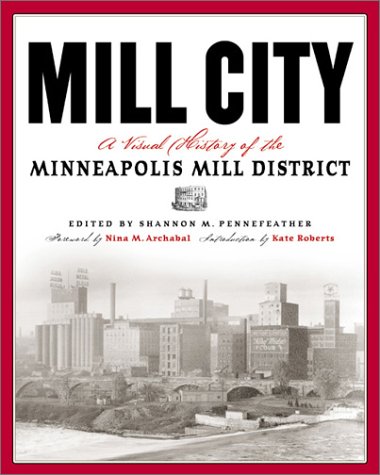 The original mill, built in 1874, was leveled by a flour dust explosion that claimed 18 lives. That explosion and the resulting fire destroyed much of the riverfront business area, cutting Minneapolis' milling capacity in half.
The mill was rebuilt by 1880, with state-of-the-art machinery that permitted safer operations and higher-quality flour. By the turn-of-the-century, this was the largest and most technologically-advanced mill in the world. Automatic steel rollers replaced traditional millstones. According to contemporary sources, the mill produced enough flour to make 12 million loaves of bread a day during its peak of operations in the 20th century. However, the mill eventually became obsolete and operations ceased in 1965.

The structure was not well-maintained in the following decades and was nearly destroyed by a fire in 1991. The fire raised awareness of the historic value of the mill and led to a community effort to restore the remaining structure and create a museum at the site.