The red brick building on the corner of E. High and Lafayette was built sometime between 1892 and 1898. An example of the two-part commercial block, the structure features two commercial spaces on the ground floor and two residential units on the second story. A drugstore named East End Drugs has been in business in this building since 1904. The front façade makes it appear that both commercial spaces are one. The roof line is distinctive, with a parapet on the front façade having a rectangular section rising from the center and gabled peaks on the outer corners. The building features a corner entrance facing the street corner. The storefront was modernized in the 1950s with plate glass windows, light green Vitrolite facing, and aluminum. The original soda fountain still operates in what is now known as Whaley's East End Drugs. 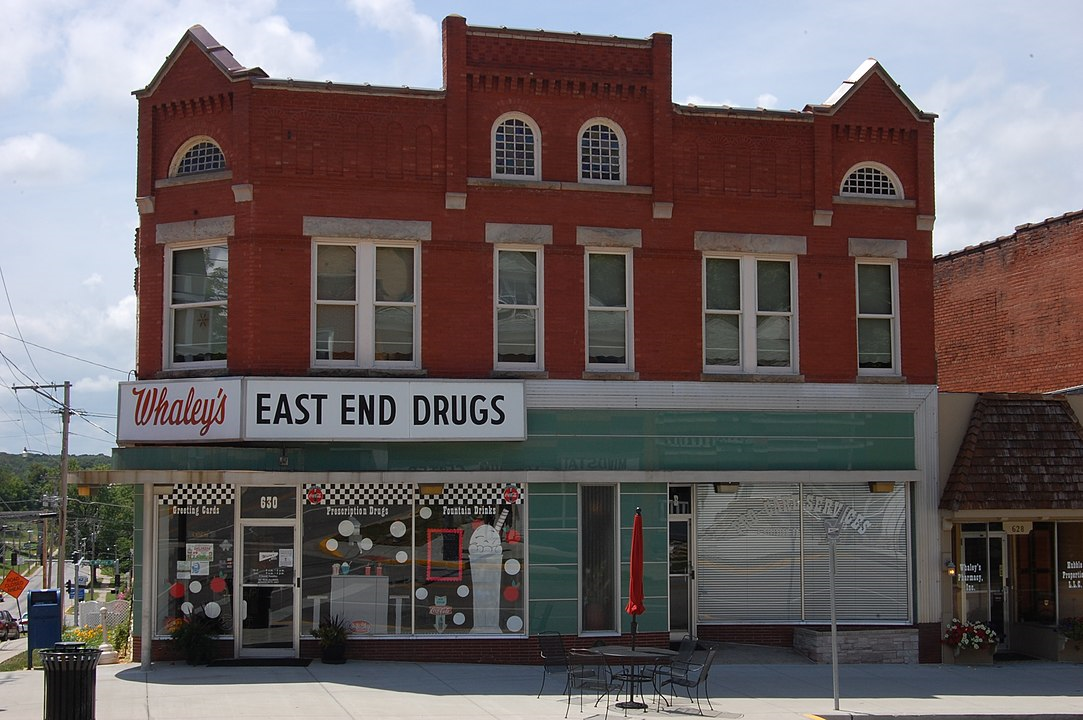 The East End Drugs building has been a continuously-occupied commercial space since it was built in the 1890s. The drugstore, East end Drugs, began operating in this building in 1904. The parapet roofline and the arched and semicircular windows in the cornice are distinctive features of the two-story red brick structure. The modern storefront and a 1-story brick rear addition date to the 1950s. Traces of the "DRUGS" and "East End Drugs" lettering painted on the building's Lafayette Street side façade remain visible.

One of the most notable features inside the drugstore is the preserved, original soda fountain, still in operation. The countertop has been replaced, but the Art Deco styling of aluminum decorations remain on the mirrored back wall. Historic photographs, old prescription bottles, and advertising for Coca Cola and other brands are on display in the store. The Black and white linoleum tile floor is another early feature. The rear of the building includes a pharmacy dispensing area, added in 1953. The two commercial spaces on the ground floor are separated by a party wall; the wall has been breached by a doorway, uniting both spaces into one for the drugstore. Most of the western part of the ground floor was being used for storage of medical equipment and other drugstore supplies, when the building was documented in 2003 for listing in the National Register of Historic Places. The second-story apartments had been vacant and not updated since the 1940s when documented in 2003.

East End Drugs became Whaley's in 1943, when "Red" Whaley took over this corner business. The soda fountain became a popular place for local teens, serving milkshakes and flavored sodas. By the 1970s, Red's son, Jim was part of the operations and opened the Medical Center Pharmacy (now Southwest Pharmacy) on the other side of town, . A business partner since the 1970s, Darryl Hubble bought the business in 1998. Hubble's daughter, Stacy Welling opened a third drugstore in 2005, Whaley's West Side, and currently serves as the company's president. The company held a "Soda Jerk Reunion and Customer Appreciation Party in 2009, serving their famous Cherry Cokes and root beer floats. In 2018, they threw another party to mark the 75th anniversary of Whaley's.