Item 1 of 5
This is a contributing entry for Historic Stevensville Walking Tour and only appears as part of that tour.Learn More.

The Old Stevensville Post Office in downtown Stevensville, Maryland served as a gathering spot for townspeople to share news from the mid to late 1800s to the early 20th Century. The 730 square foot building was first noted on an 1877 map, and today is gold in color, gable end to the street, and trimmed with white gingerbread eaves. Records show it served as the Stevensville Post Office until the 1950s. At one time, the government paid a monthly rent of $18.75 and it cost $25 annually to heat the building. Today our docents invite tourists to imagine the covered wagons and horse-drawn sleighs that pulled up to the doors of the Post Office so rural route mail carriers could load up and deliver mail from Kent Island's Love Point to Kent Point. The Old Stevensville Post Office was acquired by the Kent Island Heritage Society in 1997. 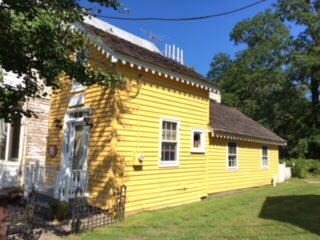 Fran Peters, docent, on a call in the Old Stevensville Post Office 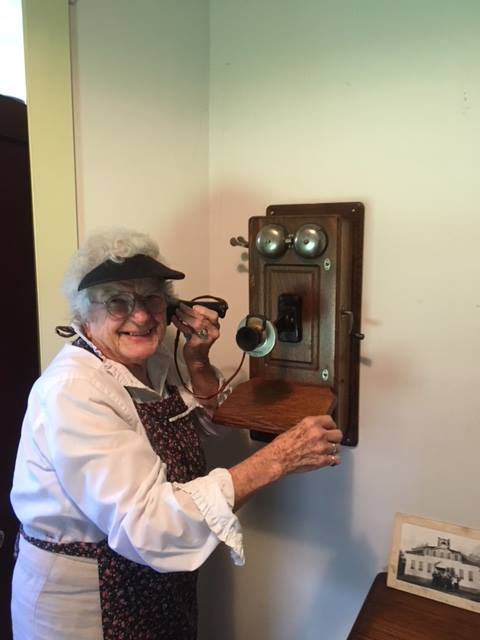 Fran Peters and Nancy Cook, docents, on the steps of the Old Stevensville Post Office 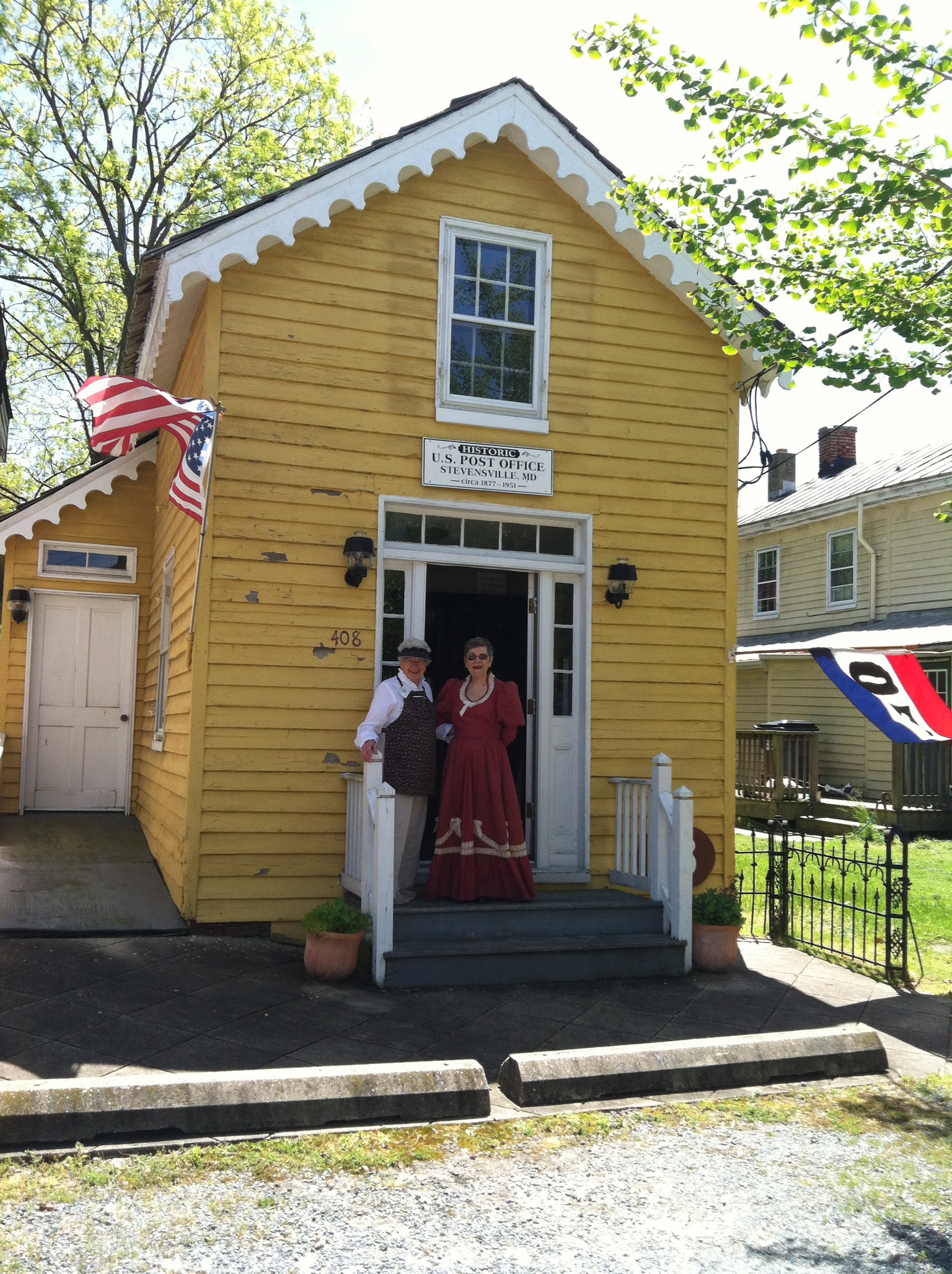 HISTORY OF THE POSTAL SERVICE ON KENT ISLAND

On Kent Island in the 1800’s the post office was located in the first town on Kent Island known as Broad Creek (the land located next to the present airport and where the Christ Episcopal Church has restored the Broad Creek cemetery dating back to 1600’s). People of the area would pick up their mail at the “grocery” store. The mail came in by the Broad Creek ferry and was picked up at the dock where the ferry landed, taken by horse drawn buggy to the store and held there for the area people to come in and pick it up. This arrangement worked well for spreading the local news, greeting neighbors, and purchasing groceries and notions.

There were twenty-five people listed as Postmaster of Kent Island Postal Service from 1813 to 1899. The name of the post office was changed from Broad Creek in 1875 to Langford and again in the same year to Kent Island. In 1903 the last name changed was Stevensville. The postmaster during the next twenty-five years was Miss Genevieve Long.

There was also a post office in Mattapex in 1883 for a few years on the property of J.H. Porter, as his sign proclaimed:

Although there was some sort of political battle occurring in the Mattapax area, Route 8 S, eventually the problem was worked out and although the office was temporarily closed, it was reopened where operations was continued by Mary E.S.A Porter. “In rural America it was uncommon for a lady to be appointed as postmaster.” Mary served without a break until 1904 when postal service on western Kent Island was consolidated in Stevensville. RFD service as introduced and Mattapax closed. It was six miles from Mattapax to the Stevensville Post Office.