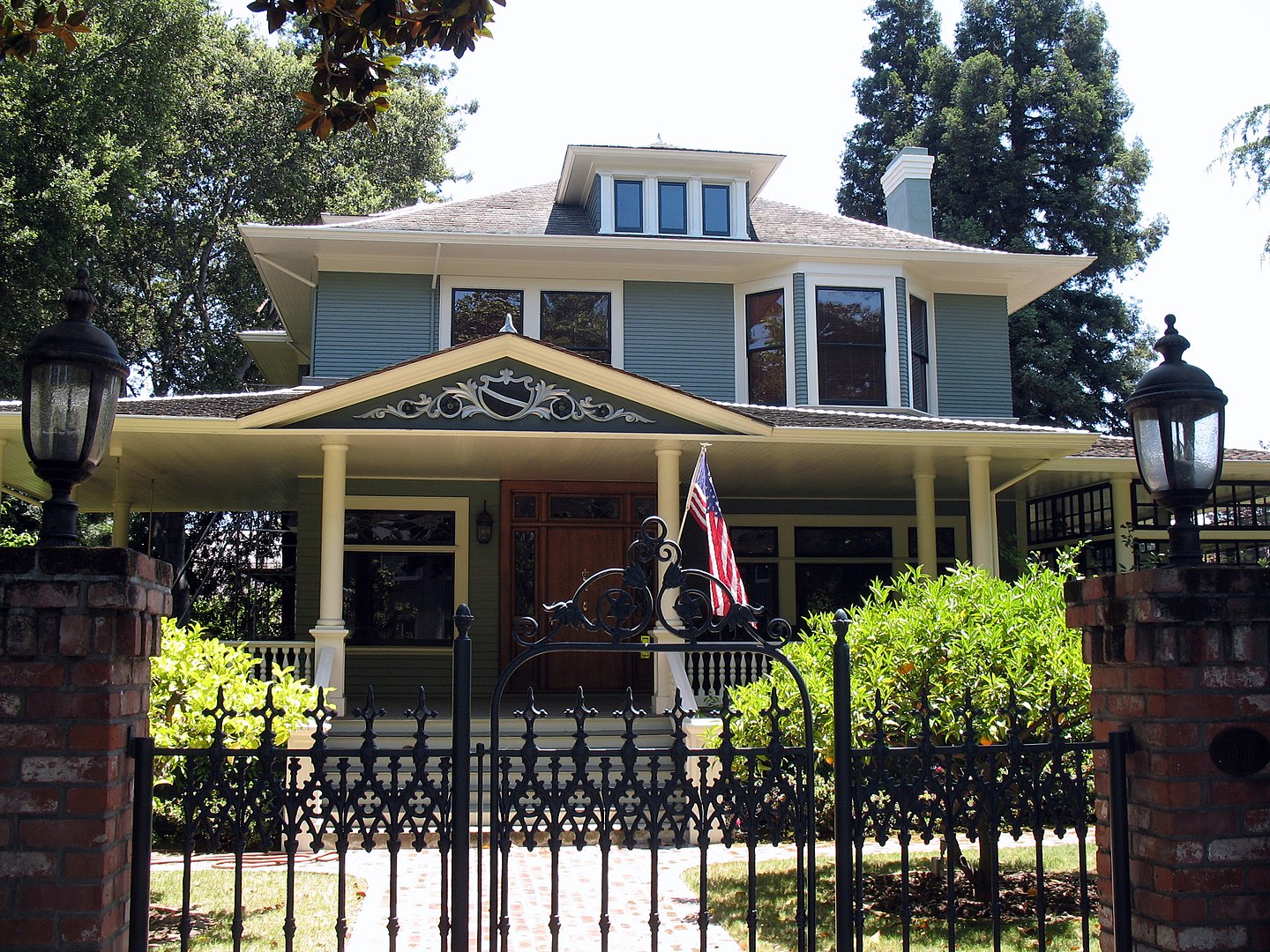 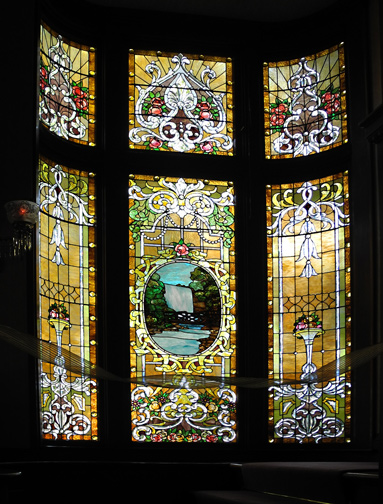 Peck-Wilson house -- the large veranda and columns are a prominent feature of the home (partially closed in now, after a modern renovation). 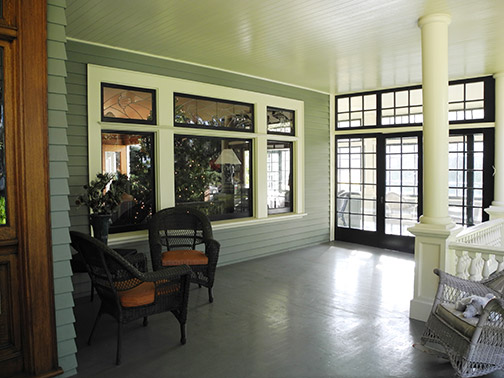 This home was built for the family of Carl Wilson in 1906 and is one of the many Colonial Revival homes that were built in Palo Alto following the opening of Stanford University in 1891. This home's historical significance lies mostly in its architectural design, including an abundance of detailing and ornate features.

Leland Stanford sought to develop a "dry" town adjacent to his university as the neighboring towns of Mayfield and Menlo Park allowed for the operation of saloons. Stanford's business associate Timothy Hopkins purchased nearly 700 acres of land and called the development"Middlefield." This name was later changed to Palo Alto at Leland Stanford's request. Lots in the new development sold almost as soon as they were on the market in the 1890s, and the new community of Palo Alto grew rapidly in tandem with Stanford and the rest of the region.

This home located at 860 University was completed in 1906 and was one of the first of many grand residences on large lots built east of that first Middlefield plat. The home's first residents, Mr. and Mrs. Elbert Peck, sold the property in 1907 after only living in the house for one year. Surgeon Carl Wilson and his wife Clara purchased the home which stayed in the Wilson family until 1975.

The Carl Wilson House is exemplary of the Colonial Revival style, utilized widely in Palo Alto approximately between 1895 and 1915, especially in the nearby Professorville neighborhood. Shortly after Stanford University opened in 1891, the land on which the Professorville neighborhood currently subsists was set aside as land intended for future homes that would serve people specifically affiliated with the university.

The lot consists of the main house, expansive garden, and a carriage house at the rear. The house enjoys many layers and architectural detailing that catch the eye, mainly due to the extended eaves and large porch that extended eaves that provide the home with a "horizontal" feel. The porch adds to that horizontal feel as it is a spacious veranda that surrounds the house. A low gable, marked by a relief ornament comprised of a shield and floral motifs, overhangs the broad, shallow flight of steps at the veranda's entry point. Simple, recessed columns without capitals support the porch. Another noteworthy feature involves its colorful, two-story stained glass windows located in a unique rounded bay.

Today the home stands as a reminder to Palo Alto's early history. Viewing the house allows one to see the town's early prosperity, the influence of Stanford University, and the prevalence of Colonial Revival design around the turn of the twentieth century.