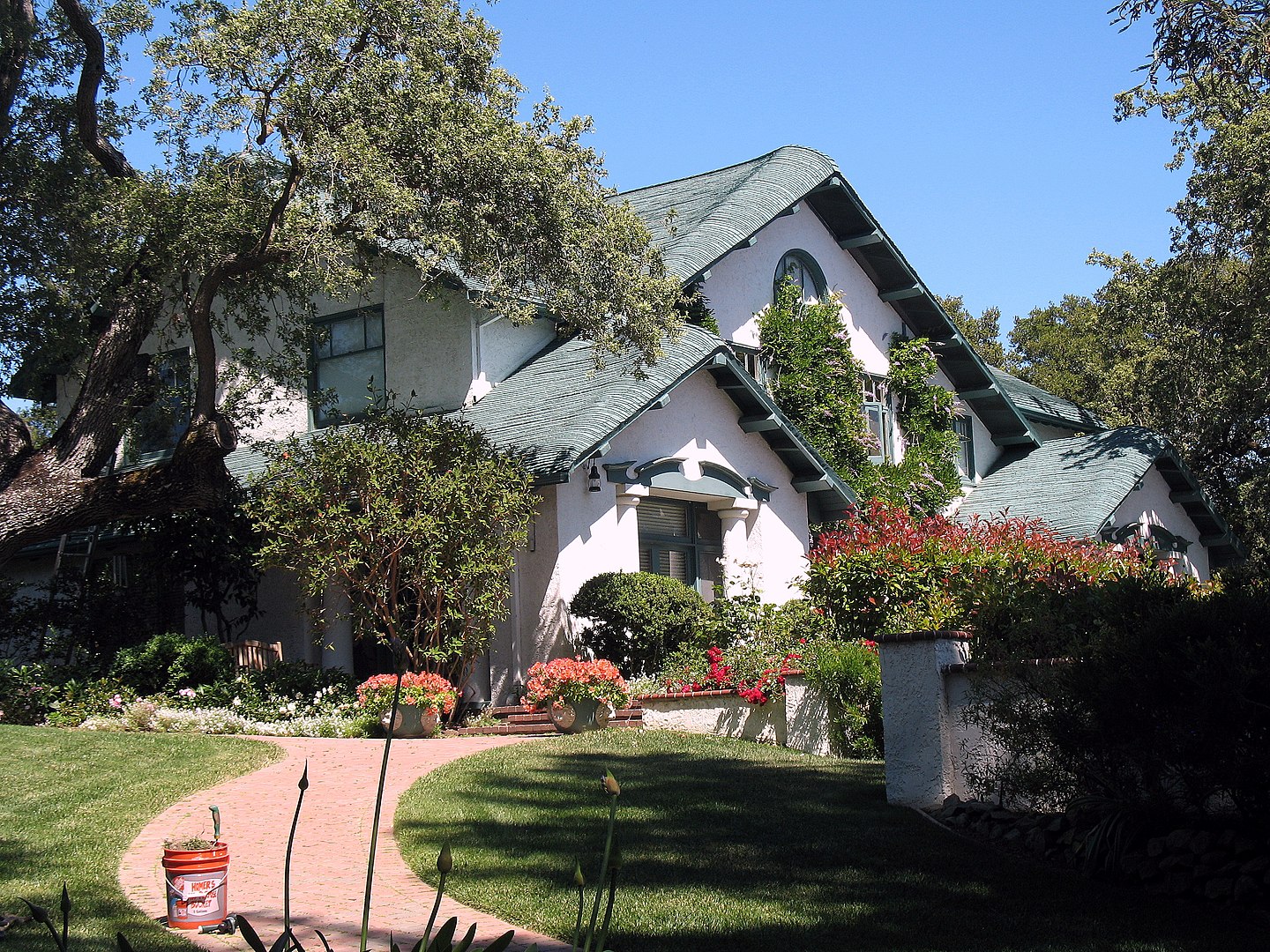 The MacFarland House, an excellent example of the Eclectic Revival styles popular in the 1910s and 1920s on the Stanford campus and surrounding neighborhoods, enjoys historical significance because of its attachment to Dr. Frank Mace MacFarland, an extraordinary contributor to the early development of the field of marine biology in California. His house includes a laboratory and study for which he did much of his groundbreaking work, which gained worldwide recognition for its importance and influence.

Marine biologist Frank Mace MacFarland was born on June 10, 1869, in Centralia, Illinois. After completing his undergraduate work at De Pauw University in 1889, he taught biology and geology at Olivet College in Michigan. In June 1892, he left the Midwest for Stanford University in Palo Alto, California. He served as an advanced student instructor at Stanford University in 1892, one year after the University first offered classes. He obtained his A.M. (Artium Magister) degree in 1893 before heading to Europe for graduate school. After returning from Europe, he became an Associate Professor of Histology at Stanford and later, in 1909, a full professor, a position he held for a quarter of a century until he retired in 1934.

In addition to teaching, Dr. MacFarland served on the University's medical school admissions committee and was in charge of the University's Hopkins Marine Station from 1910 to 1913 and served as co-director from 1915 to 1917. He also served in leadership positions at the California Academy of Sciences for more than twenty-five years and served as director of the Academy's Museum and Steinhart Aquarium from 1934 to 1939.

While in charge of the University's Hopkins Marine Station, he and another professor spearheaded the design of a new marine facility, essential to the study of marine organisms in their natural environment. The new facility proved so successful that prominent biologists from around the world visited the station. As well, some of the students who worked at the facility went on to win the Nobel Prize.

But MacFarland's legacy mostly comes from the advancements he made in the field of microbiology, a field of science in its infancy when Dr. MacFarland began his work. Indeed, only a century before MacFarland arrived in California. scientists generally agreed that vast numbers of plants and animals lived in the oceans and along the coasts, but also that large expanses of the sea were devoid of life. (Charles Darwin once deemed ample stretches of oceans as "deserts.) However, ocean excursions and greater interest during the last three decades of the nineteenth century led to more discoveries, which led to more funding for ocean excursions and marine-life studies.

Dr. MacFarland's work exemplified a meaningful trend in the overall science of biology. Though the extent of his scientific work goes beyond the scope of this entry, most agree that MacFarland gained recognition as the highest authority and influential contributor to the systematics and anatomy of opisthobranch mollusks, sea slugs, and similar organisms. His numerous publications included modernizing the standards for which microbiologists studied and researched, as well as research into the California coast.

The culmination of his work was the posthumous publication of his research and scientific papers as a memoir that many consider the most comprehensive work on the opisthobranchs and remains a significant work, used by students, today. Indeed, it was Frank's wife, Olive, with whom he married in 1902, who led an effort to finish his work after Dr. MacFarland died suddenly in 1951 during a meeting at the California Academy of Sciences. Olive, a fellow Stanford graduate, had worked with her husband for years; she produced delicate watercolor paintings of mollusks for Frank's scientific publications. The final work -- Memoirs of the California Academy of Sciences, Volume VI, Studies of Opisthobranchiate Mollusks of the Pacific Coast of North America -- weighed more than seven pounds.

Dr. Frank M. MacFarland and Olive lived at 775 Santa Ynez Street for thirty-seven years (1914-1951) during the most productive decades of his career. The house enjoyed a design that included a laboratory and study for his work.