The District Number 28 School and Ramsey Town Hall was originally built in 1892. The Ramsey School House served School District Number 28 until the mid-20th century, when the schools in Anoka County were consolidated. The building was then repurposed as the Ramsey Town Hall, before lying unused for many years. Discussions of what to do with the building for the long term are still ongoing. Architecturally, the public building is one of the few remaining buildings that utilized bricks from the former Kelsey Brickyard and serves as an excellent example of both craftsmanship and artistry of the period. 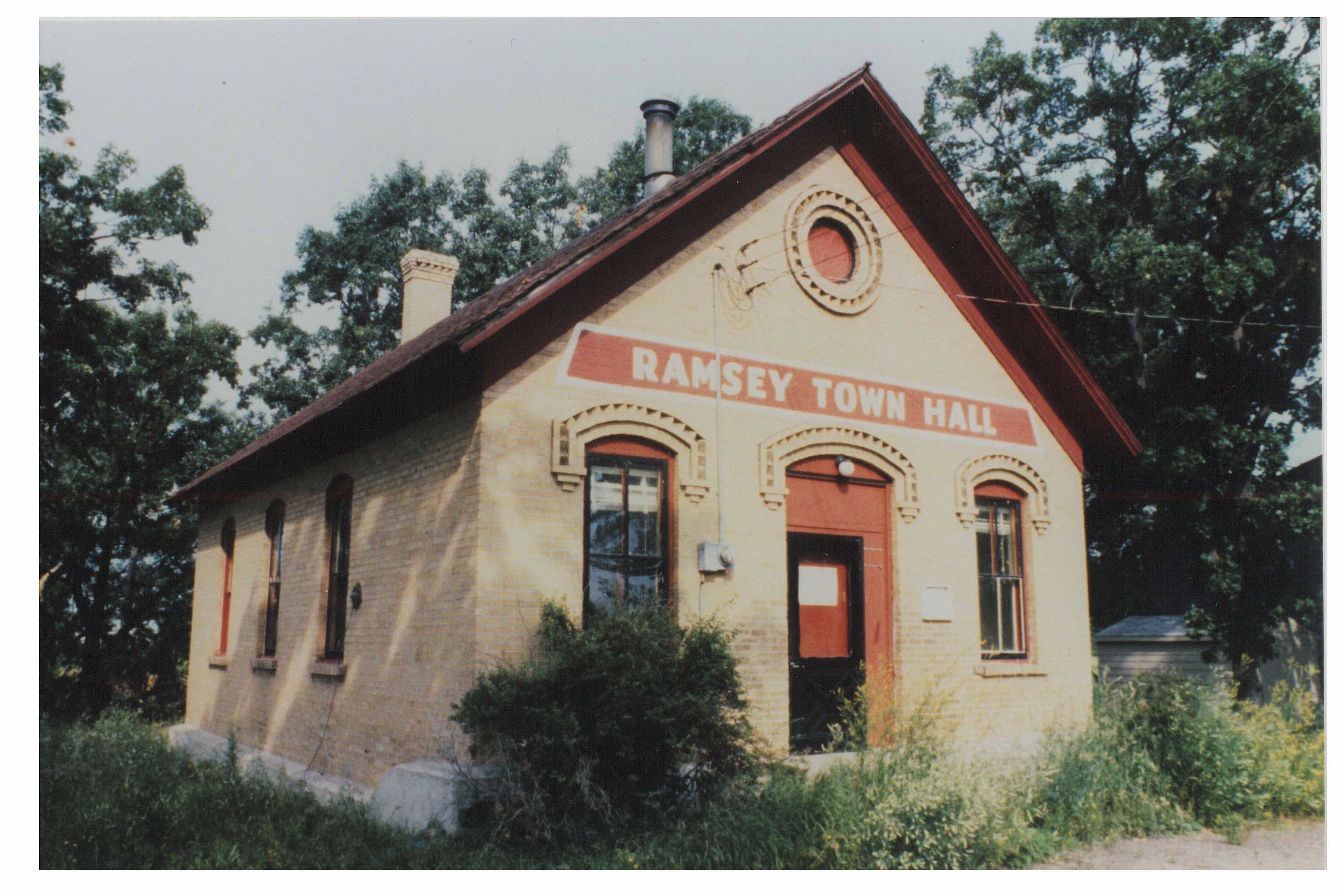 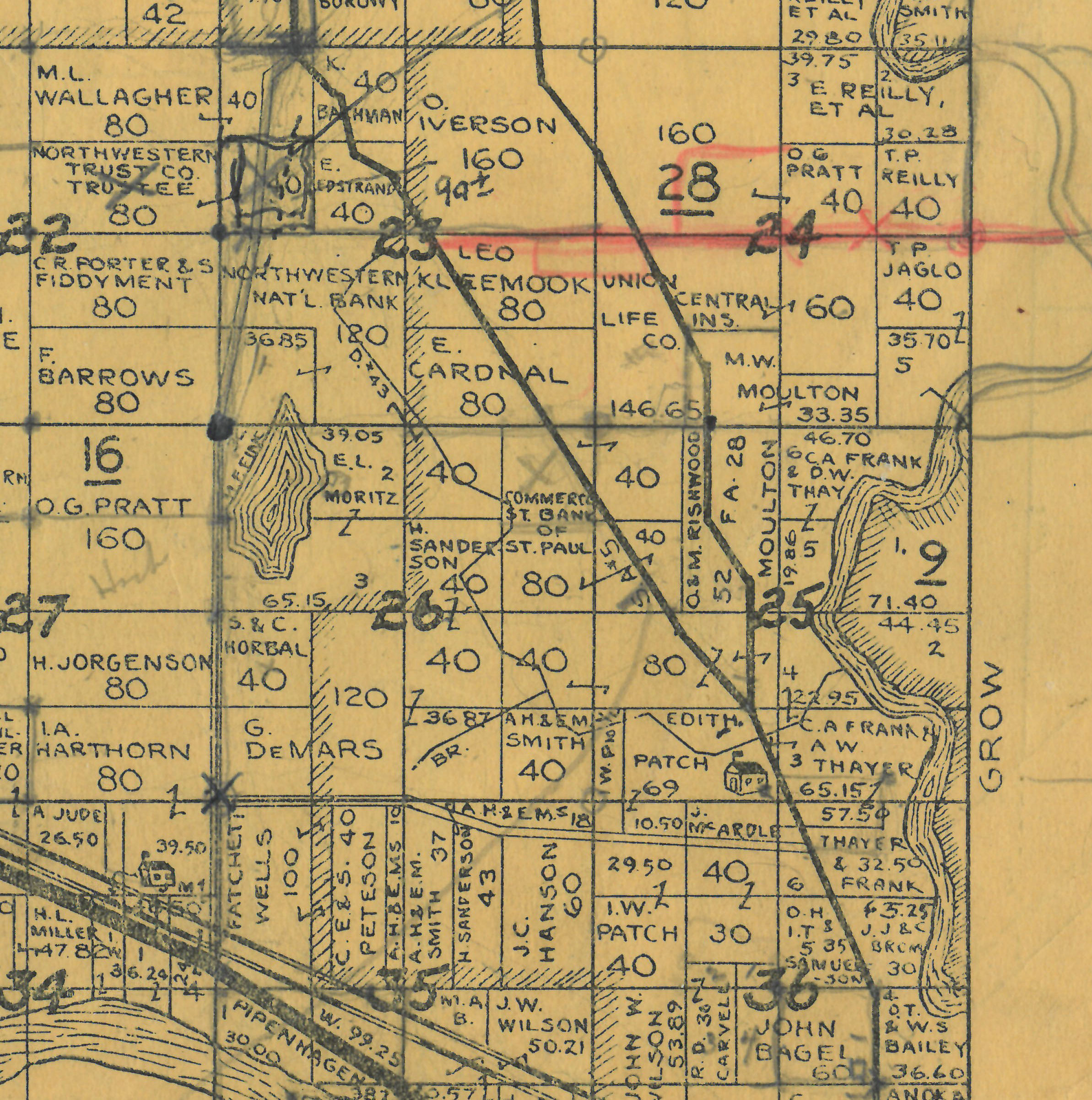 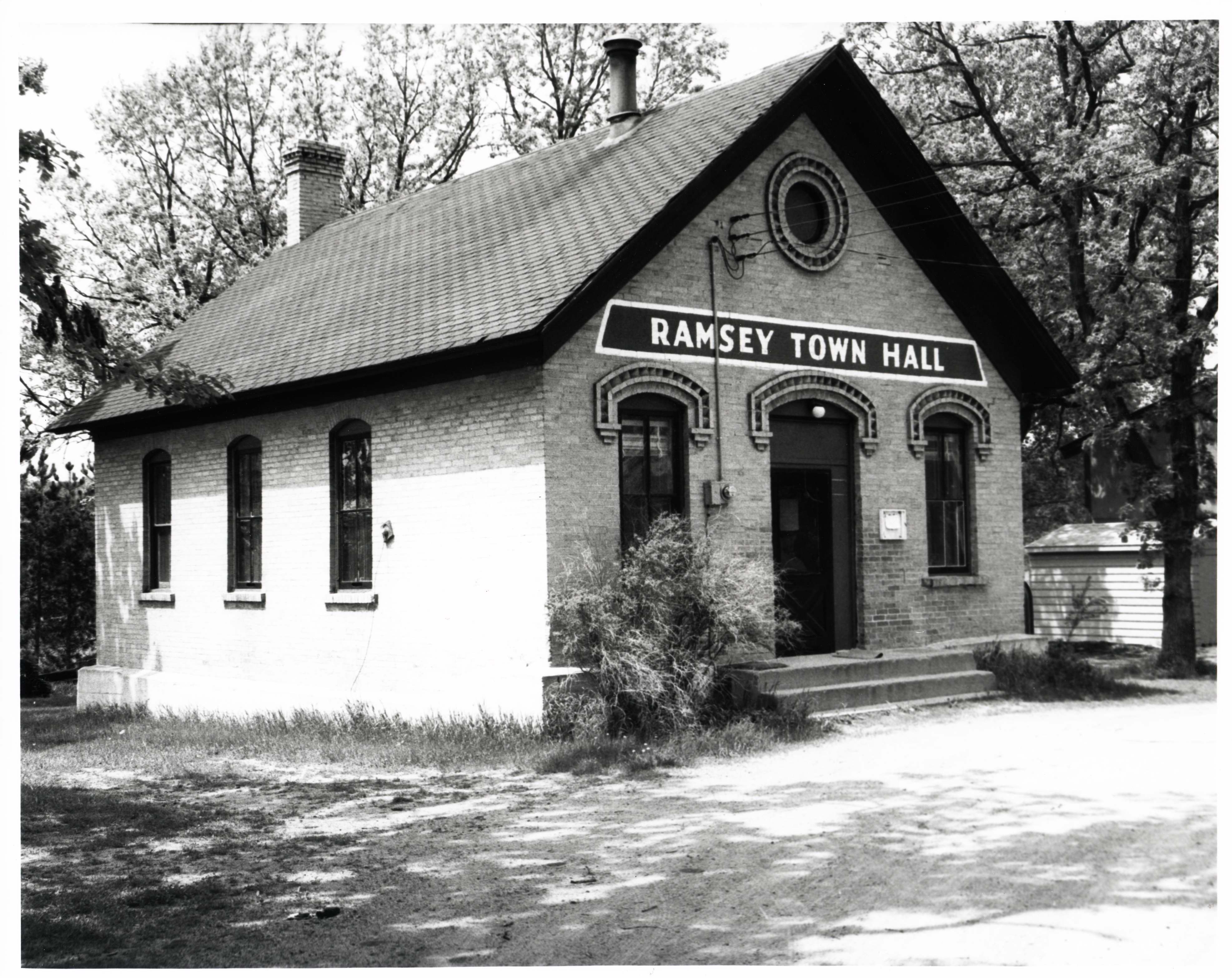 Described as a “one story buff brick” building, the historic Ramsey Town Hall originally served as a school. Built in 1892 on land once owned by A.E. Pitman, District School 28 replaced a former structure previously adjacent to the Peter McArdele property, located along Hwy 47.

Using bricks manufactured at the Kelsey Brickyard (1880-1897), the structure measures 37 x 25 feet and evokes the sturdy craftsmanship of the century’s end. Concrete eventually replaced the brick staircase and also created a “belt” around the foundation to preserve the brick from further deterioration caused by dampness. The single door entrance faces the highway, though originally it consisted of double doors, and has a pair of double windows on either side. These received a cap of decorative segmented brick creating an arch, while the three windows on each of the other sides of the building feature a similar, yet smaller arch built of the same material. During the spring and summer months, those occupying the building used half screens to cool the interior. Architects and preservationists inspecting the structure could not determine whether a circular window atop the entrance served as an ornamental addition, or a more the practical purpose of ventilating a crawl space. The current asphalt shingles protect the roof where cedar wood shakes once did.

The schoolhouse footprint began with an entryway, two cloakrooms – one for boys, the other girls -- and the classroom. Pressed metal decorated the ceiling while simple plaster walls lined with a wainscot made of beaded wood kept the interior from looking uncluttered. Wall bracketed kerosene lamps with reflectors once illuminated the interior, reflecting off the hardwood floor. During the winter months, a wood fired stove, once located in the center of classroom, heated the facility.

Modernization of the schoolhouse occurred in stages beginning with the wood stove that was replaced at the end of WWI by a large gravity warm air furnace and floor registers that circulated warm air. In order to make this adjustment, workers dug a basement at this time, as well as running electricity into the building. Kerosene lamps with reflectors gave way to opalescent glass lighting which later evolved into fluorescent lighting. One of the cloakrooms was converted into a kitchen when a water heater and plumbing were installed, the hardwood flooring took on an epoxy veneer, and some of the windows located near the rear of the structure were bricked over.

As population growth in Anoka County prompted the building of new facilities and thus the repurposing of the school house into the Ramsey’s City Hall. A parking lot with sixteen spaces, though an inspection April 19, 1978 cited numerous issues with the foundation and made several recommendations to rehabilitate and restore the structure to its original form. This included removing all modern features including the kitchen, furnace, and electricity as well as all cosmetic improvements to both the interior and exterior, and reverting to the cedar shingles originally used. Additional recommendations included that, whenever practical, interviews with former students be conducted to glean information about the one room schoolhouse along with a campaign to gather period photographs of both the exterior and interior be launched.

The Minnesota Historical Society officially recognized the Ramsey Schoolhouse as an historic site by listing it on the National Register on December 27, 1979. Further analysis conducted by preservationists in 1980 wrestled with the problems associated with its proximity to Highway 47, parking area, and the water table which threatened the structure’s foundation. Alternate scenarios included incorporating private usage and funding to rehabilitate the structure, or completely move the building to a new location such as a City Park where it could be restored and used as a public meeting place. However, the committee recognized such a move might result in the loss of its designation as an “historic site”. To date, the structure remains at its original location. Repairs were made to the roof of the building in 1983.

Architecturally, the public building is one of the few remaining that utilized bricks from the former Kelsey Brickyard and serves as an excellent example of both craftsmanship and artistry of the period.

Turning point: The golden age of one-room school houses brought the Ramsey Town Hall into a precarious time where its size and location outdated it for modern use. The City of Ramsey continues to discuss the future of the building with local preservationists.

1892: The brick building is constructed from locally sources materials.

1915-1917: Modernization occurs of the facility including plumbing and heating.

1978: A structural inspection calls into question the integrity of the building and recommends reverting back to its historical nature.

Today: conversations still occur regarding the future use of the Town Hall. ACHS has photographs of this process, done in September 1983 by Dick Brown Construction.