Now called Broadway Hall, the Aftermath Clubhouse is significant for being the former home of Aftermath Club, a women's organization established in 1896. It is believed that the building was the first women's clubhouse in the state. The club was initially meant to be literary and social club but eventually started offering education programs and getting involved in community affairs through charitable work. The building, which the club built in 1905, is also notable for its Italian Villa design. It features an arcaded balcony with tower-like structures on either side, an arcaded entranceway, an auditorium space on the first floor, and a large ballroom on the second floor. The building, which is listed on the National Register of Historic Places, is now a popular wedding and event venue.

The former Aftermath Clubhouse was built in 1905, becoming what is considered the first clubhouse for women in the state of Washington. 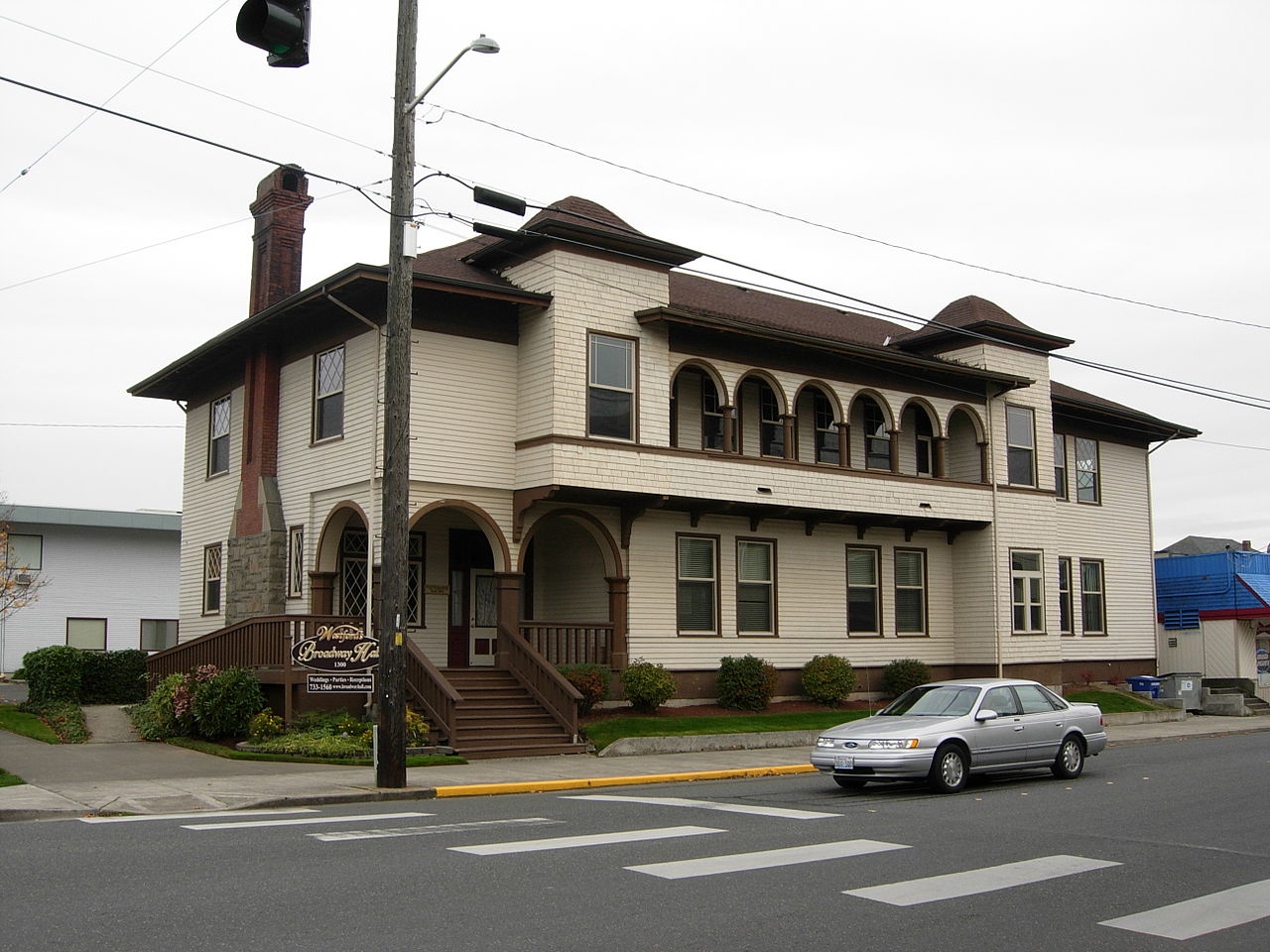 The group was founded as the Aftermath Reading Circle by a group 12 young women. The club adopted the name Aftermath Club around the turn-of-the-century and incorporated at that time. Over time the club grew and decided to build a permanent meeting space. Notably, the club was the only one in the city to own its clubhouse; most men's clubs at the time rented rooms and even charged higher dues. Aftermath Club members also managed to pay off the building even as they continued their charitable work.

The clubhouse not only benefited the women, it also became an important social and cultural center for the community as other local organizations rented it for their events and meetings. The ballroom on the second floor was considered one of the best in the city.

The club sold the building in 1977 (it is unclear why) and continued its activities until 2003 when it dissolved. Over the years the club got involved with a variety of charitable activities, donated to local agencies and organizations, and awarded scholarships to Western Washington University students. The group's records are housed at the university archives.