The Plummer House was built in 1924 and was the home of Dr. Henry S. Plummer, one of the founders of the Mayo Clinic. 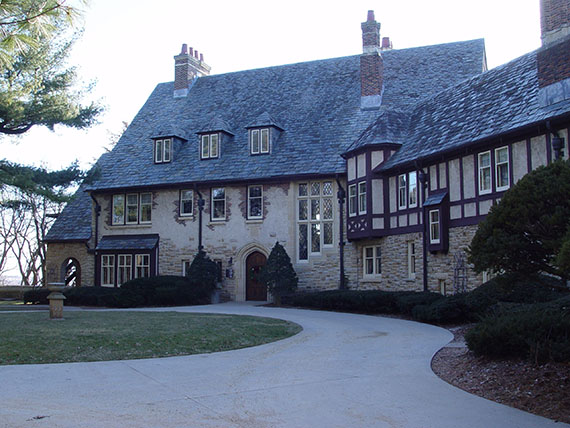 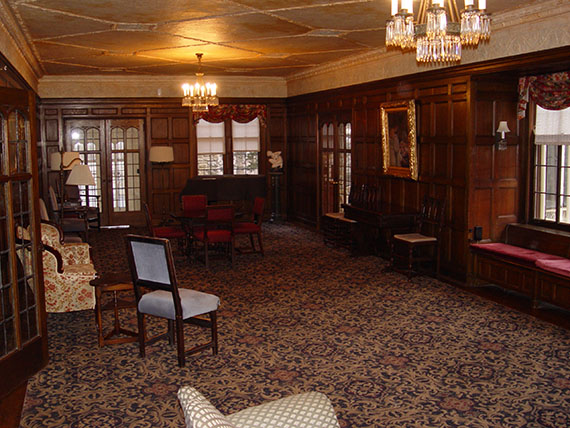 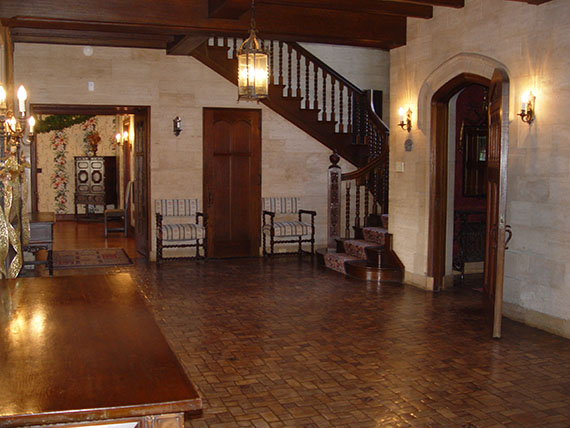 The exterior of the Plummer House consists of limestone on the first floor, and mostly stucco and timber on the second floor. Much of the limestone came from the quarry located on the property (the site itself is known as "Quarry Hill"). The nearby water tower was also built with limestone and mimics the style of the house. The interior features a large reception hall with walls with colored tiles and oak paneling, a formal living room with maple paneling, several sunrooms, an ornate wood staircase, and a large ballroom on the third floor. In addition, there are five large fireplaces, leaded glass windows depicting the Tudor arch motif, and paneled walls throughout the house.

Dr. Plummer was born on March 31, 1874 in the town of Hamilton, Minnesota. Initially, he wanted to be an engineer but his father, Albert, who was a doctor (and a Civil War veteran) convinced him to study medicine. As a result, Plummer did so, first at the University of Minnesota and then Northwestern University, where he earned his medical degree in 1898. He returned home to work at his father's practice for a few years and it was during this time that he met Dr. William J. Mayo. Mayo asked Albert to help him with a case of possible leukemia. However, Albert was too sick to go and sent his son, who brought with him a microscope. He took blood samples of the patient and a hired hand to show Mayo how both appeared under a microscope. Impressed by Plummer's knowledge, Mayo asked him to join the Mayo Clinic, which he did in 1901 and was immediately put in charge of the clinic's laboratories.

A specialist in endocrinology and internal medicine, Plummer was an excellent and well-regarded doctor. He was an expert in thyroid disease, pioneered the use of iodine before surgery, recognized the concept of hypertension before it was accepted by the medical community, and developed the clinic's first x-ray laboratory and pioneered x-ray diagnosis and therapy. He made advancements in other areas as well.

Plummer also developed advancements in hospital organization and administration, including two that other hospitals adopted. One was the invention of a system where every patient had their own folder and ID number to facilitate fast retrieval of patient information. Before this, hospitals put patient's information in bound journals, which made it difficult to find patient information. Plummer's other, and arguably his most important, advancement was the concept of the integrated medical practice, where doctors of varying specialties work together to treat patients.

Plummer was a member of a several medical organizations including the American Medical Association, the American College of Physicians, and the Minnesota Pathological Society. At the Mayo Clinic, he was chief of the Division of Medicine and professor of medicine at the Mayo Foundation. On December 31, 1936, he became quickly ill and diagnosed that he had a blod clot in the brain. Knowing this was fatal, he was brought home and spent his last moments with his family.