The former Rochester Public Library was built in 1937 and is now the Mitchell Student Center of the Mayo Clinic. 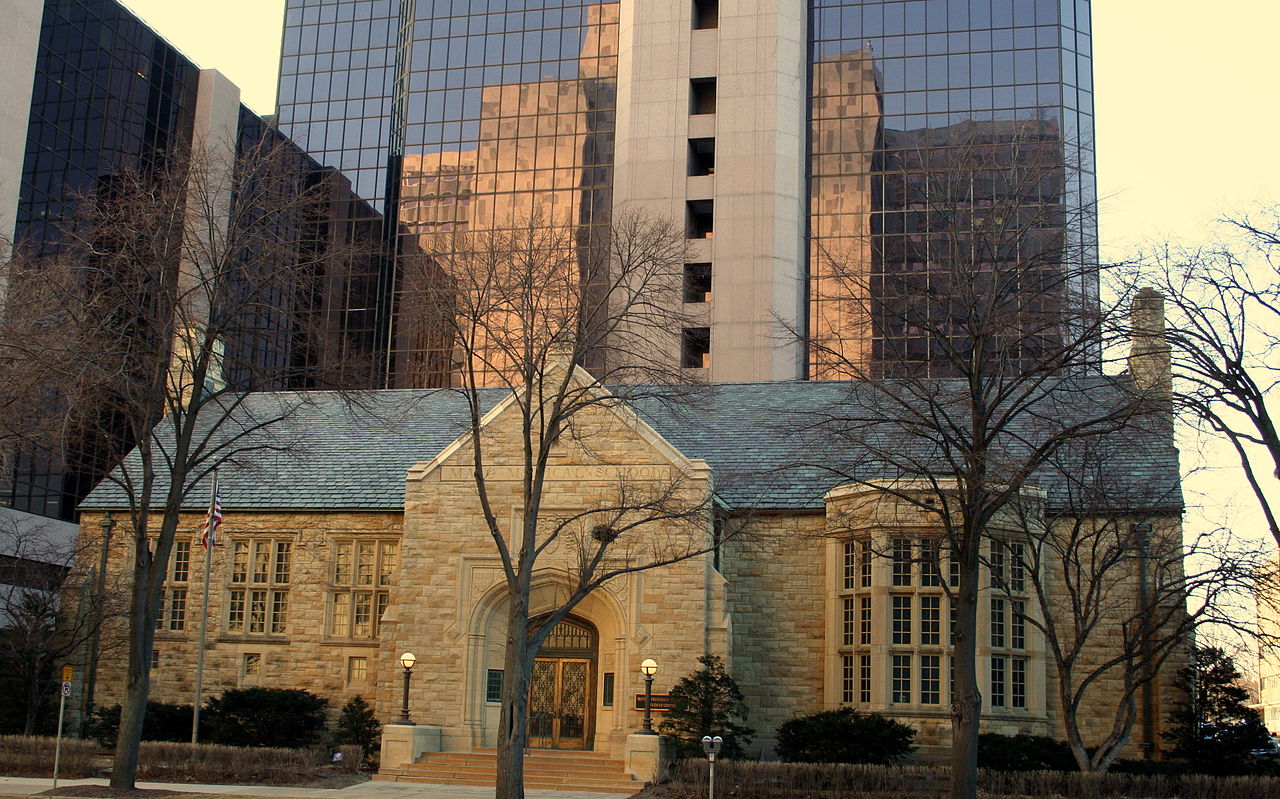 The limestone used to build the library was from a quarry in Kasota, Minnesota. Interesting features of the building include bas-relief sculptures and inscriptions that surround the main entrance, bronze doors, a carved owl above the main entrance, and decorative stone carvings. It was built to be the new home of the library; the previous one, which was built in 1898, had become outdated. The new library was built with local funds and funds from the PWA. Construction was completed in 1936 and it had room for 75,000 books. The building was used as a library until the mid-1970s before eventually becoming the Mitchell Student Center.