The Plummer Building was built in 1928 and is a National Historic Landmark. 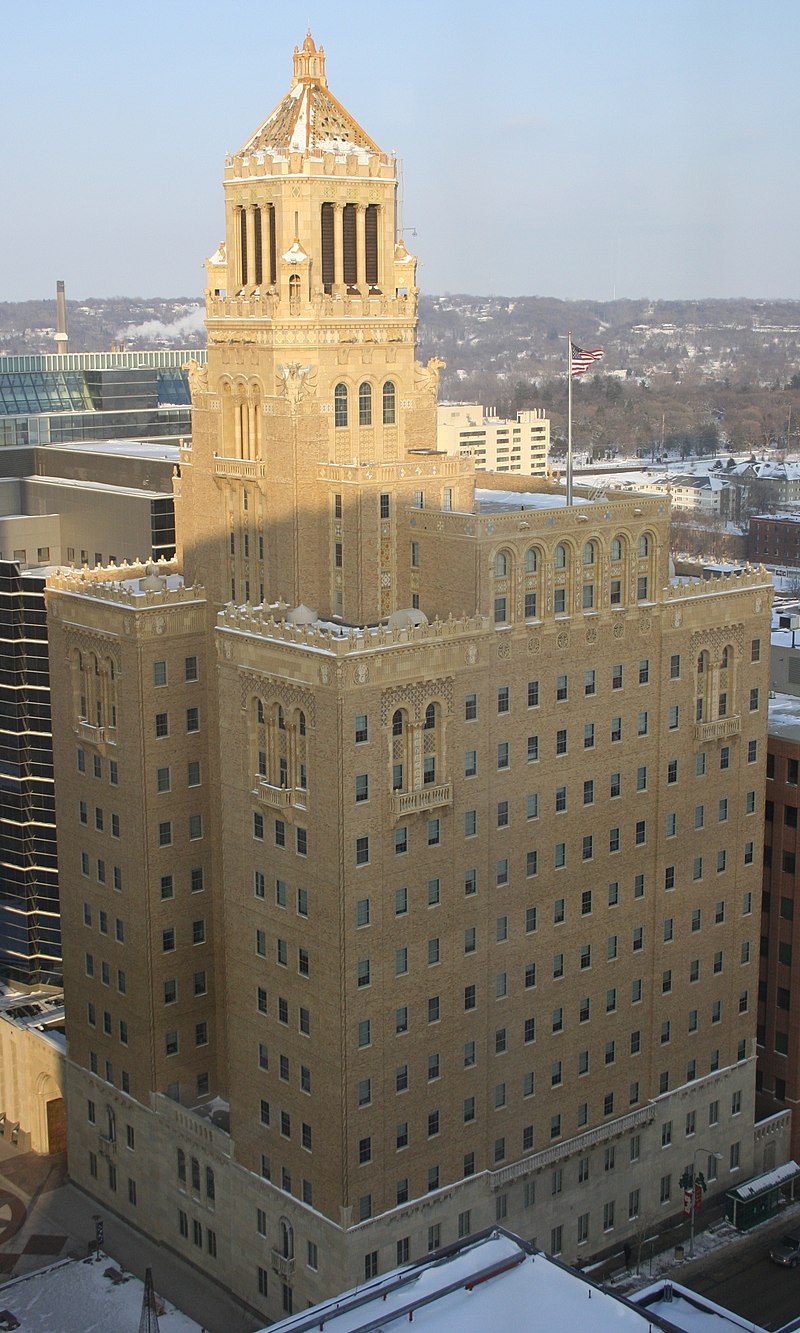 The Plummer Building, which was the tallest building in the city when it completed, exhibits many notable design features. The most prominent one is the bell tower at the top of the building, which is covered in terra cotta decorations and features a carillon with 56 bells that chime daily marking the time. Carillonneurs (including those from around the world) also perform 20-30 minute recitals on certain days of the year. Regular programmed songs are also played. The tower is lit up every night.

Other features of the building include bas relief caricatures of figures such as St. George slaying the dragon and animals; an enormous pair of ornate 16-foot doors, created by an Italian-born artist, that weigh 4,000 pounds each (they are always open but are closed for serious events such as the passing of Mayo Clinic leaders); a beautiful lobby decorated with marble; vintage elevators; and a historical suite on the floor, which contains the preserved offices of doctors William and Charlie Mayo and the Board of Governors' Room. Items on display include the Mayo brothers' diplomas and awards, photographs, academic regalia the brothers wore when they received honorary degrees; and the Nobel Prize two Mayo Clinic doctors (and one Swiss scientist) received in 1950 for discovering cortisone.

Like the other founders of the Mayo Clinic, Dr. Henry Plummer (1874-1936) was a fantastic doctor. He earned his medical degree from Northwestern University in 1898 and joined the Mayo Clinic in 1901. He was a specialist in internal medicine and endocrinology. Among his many accomplishments, he developed a hospital record system where patient's information was kept in one place and given a specific number, started using iodine before surgery, pioneered the use of the x-ray diagnosis and therapy, and, most importantly, came up with the concept of the private, integrated medical practice. He became chief of the Division of Medicine and was also professor of medicine at the Mayo Foundation.