Item 7 of 7
This is a contributing entry for Josephine Pankey Heritage Trail and only appears as part of that tour.Learn More.

Josephine Pankey, along with her husband, Samuel, and two of her step-children, Willie and Theo, are buried in the Oakland-Fraternal Cemetery. It is listed on the National Register of Historic Places. They were buried in a method performed in cemeteries in Ohio, and Mrs. Pankey's parents were buried in the same method.

This gravestone marks the place where Josephine Pankey, along with her husband and two step-children were buried. 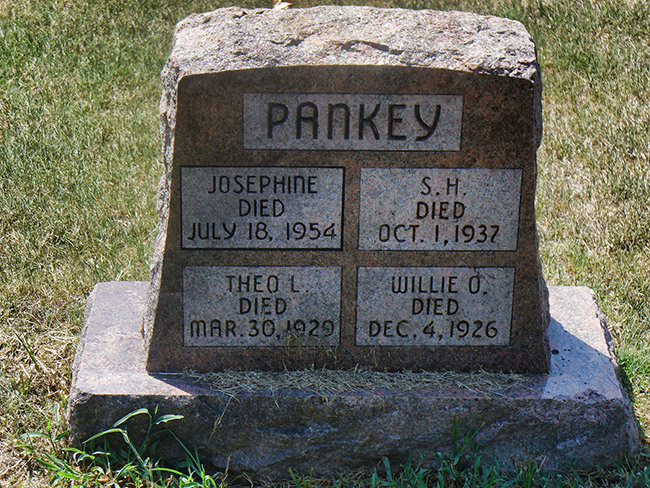 Mrs. Pankey closed her real estate office in 1947 at the age of 78 and moved to the first community she established, Pankey. She rented a small house on Harris Street and lived there until her passing in 1954. She was 83. She was buried in Oakland-Fraternal Cemetery.

Oakland-Fraternal Cemetery is one of seven distinct cemeteries that make up the Oakland & Fraternal Historic Cemetery Park. The Fraternal Cemetery is fourteen acres of Oakland and originally was established in 1893. African American fraternal orders petitioned the City of Little Rock for the land.  It has a granite marker in it that reads, “Free American Citizens.”  The cemetery was placed on the National Register of Historic Places in 2010.