Located at the intersection of 13th and Scott Streets, the Rozelle-Murphy House sits at the heart of Little Rock’s Quapaw Quarter. The Quapaw Quarter is a section of Little Rock which comprises its oldest and most historic business and residential neighborhoods. The name Quapaw comes from a corruption or mispronunciation of a word for a Native American Tribe which originally inhabited the area where the city of Little Rock is now situated. This name was informally applied to the lands west of the original city of Little Rock in the nineteenth century. Then, in 1961 the name of Quapaw Quarter was more formally assigned. Now, it is a well-loved and treasured historic district featuring constructions of the Victorian, Queen Anne, Colonial Revival, Georgian Revival, Greek Revival, Italianate, and Craftsman Styles. 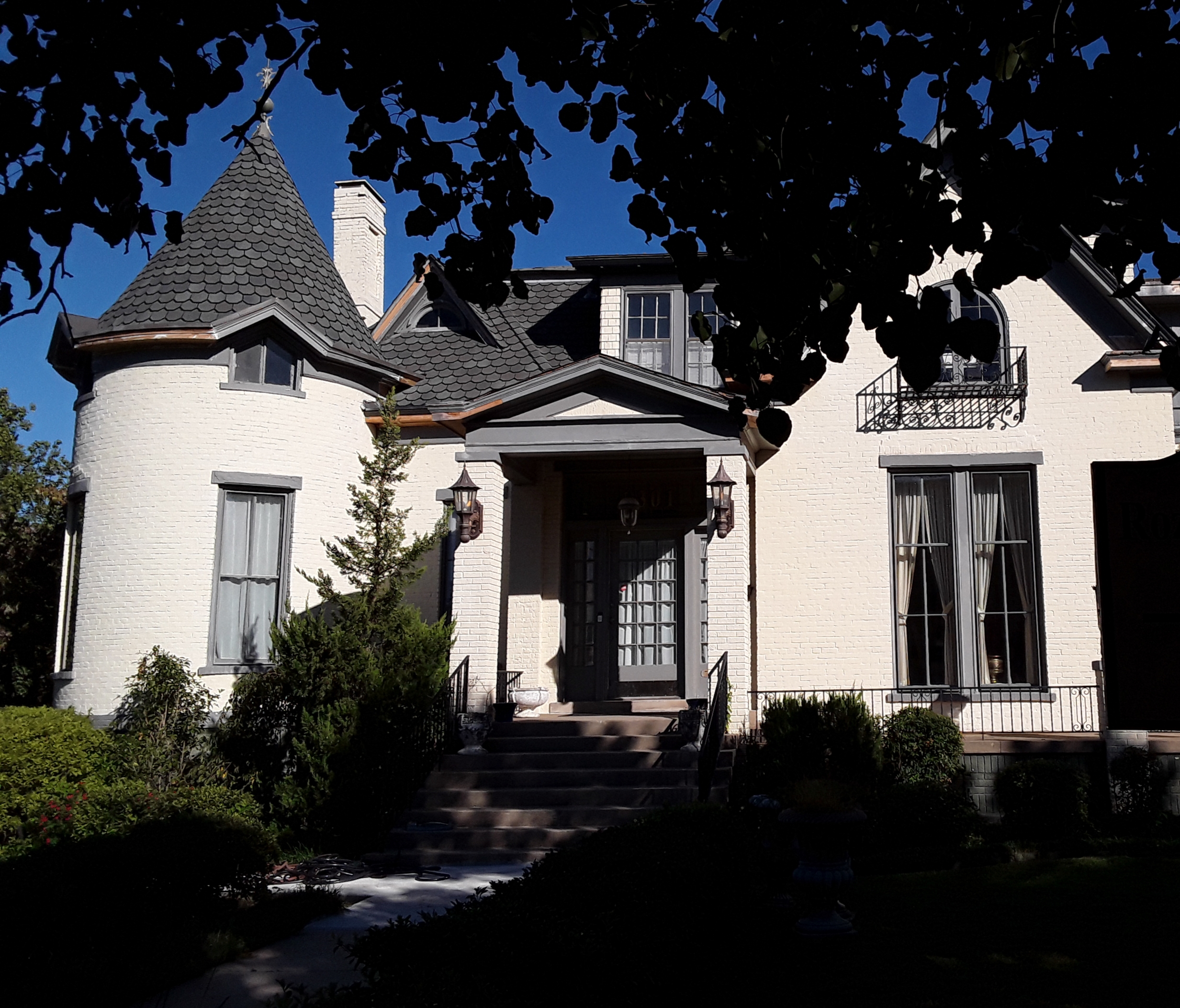 According to the Quapaw Quarter Association, the Rozelle-Murphy House represents a fusion of styles: primarily American Queen Anne, but also including Colonial Revival and Craftsman additions.

Colonial Revival Style is based on the design of homes built by the earliest Dutch and English settlers of North America. This style attained great popularity in the late nineteenth century.

Craftsman Style arose in the early twentieth century as a reaction to the complexity and embellishment of the Queen Anne Style. The Craftsman featured a simplied front façade, a porch with distinctive broad-based support columns, tiled roofs, and a more casual atmosphere.

The Rozelle-Murphy House features the turret with conical roof and finial of the Queen Anne Style, the balcony and arched window of the Colonial Revival Style, and the square front-facing dormer of the Craftsman Style. It was built in in 1900 by George Rozelle and then later sold to Arkansas Attorney General George Murphy. Since 1953, the house has been used for business offices.