The Hagia Sophia, a former church and mosque, and now present-day museum has been one of the most majestic buildings in the world for fourteen hundred years. For a thousand years it was the largest church in the world and the crown jewel of the Byzantine Empire. It was at the center of the religious and political life in Constantinople for every emperor and empress to reign after Justinian I. Even after the fall of the Byzantines in 1453, it remained one of the most impressive structures in all of the Ottoman Empire. Even though it is almost fifteen hundred years old, the building is still an impressive part of the Istanbul skyline today. 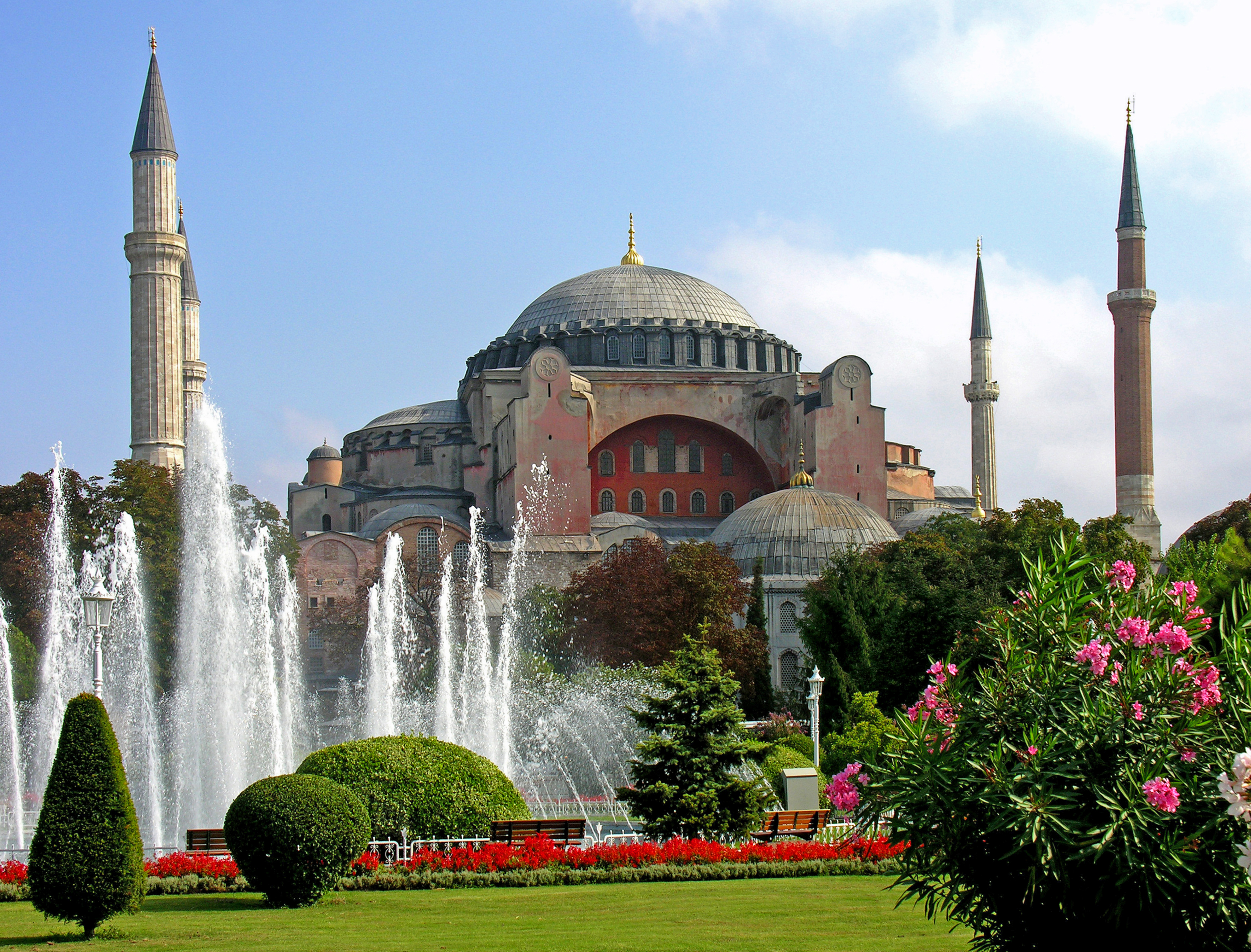 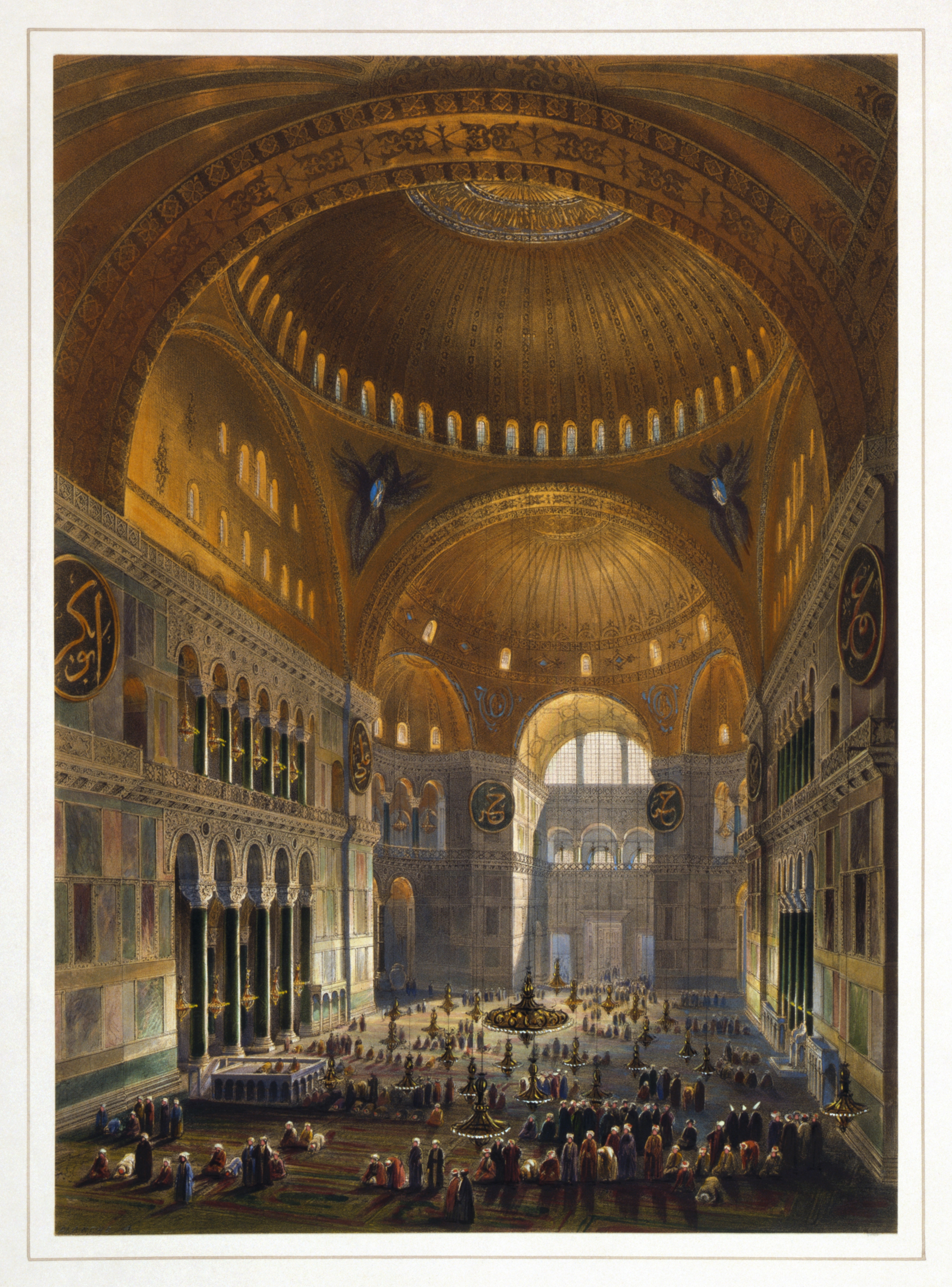 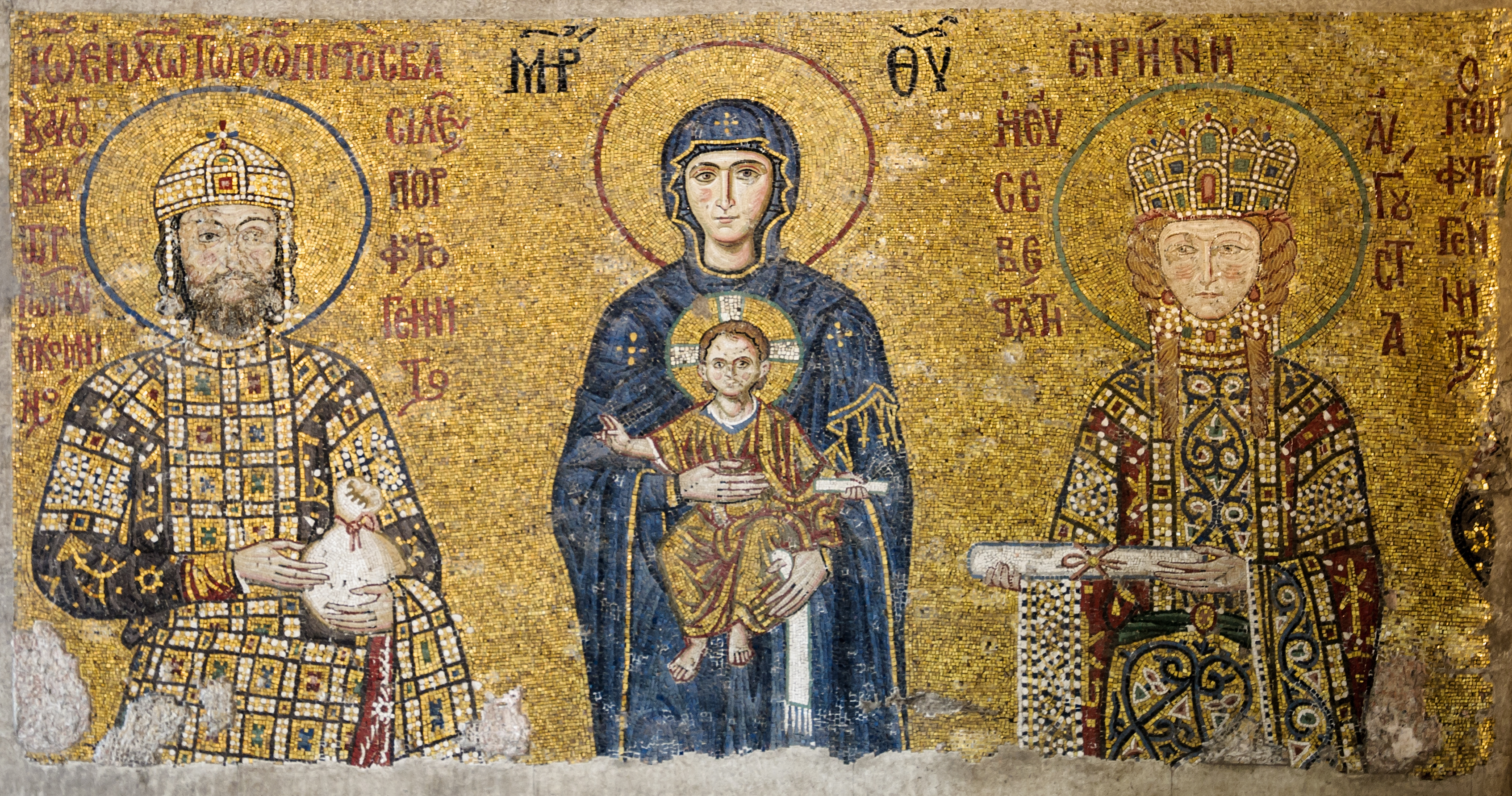 The Hagia Sophia that has survived to this day is not the first church to be built on that site. The original Church of Holy Wisdom was completed in 360, during the reign of Roman Emperor Constantine II, as a basilica style church. Upon its completion, the original Hagia Sophia became the seat of the Bishop in Constantinople, the Patriarch, and was therefore designated a cathedral. The original building lasted until 404 when John Chrysostom, the popular Patriarch of Constantinople, was deposed from his position by the Empress Eudoxia. Eudoxia disliked that Chrysostom used his position to speak against what he thought were the excesses of the imperial aristocracy. In response to his deposition, a mob formed in Constantinople and in the ensuing riots the Hagia Sophia was burned to the ground. It was again replaced by a cathedral in the basilica style which stood for a hundred and thirty more years before civil unrest once again destroyed it.

In 532, the Emperor Justinian I faced the greatest threat to his reign, the Nika Revolt. Before the revolt, Justinian had been an unpopular ruler among the citizens of the empire for his taxation policies. The acute crisis of Nika was the two chariot racing factions, the blues and greens, who were responsible for entertaining the city in the Hippodrome. The two factions united to bring the population of Constantinople into revolt. The rioting lasted for several days and Justinian was prepared to accept abdication and exile until his wife, Empress Theodora, proclaimed that she would rather die an Empress than survive a deposed ruler. Justinian then ordered the Byzantine army to attack the rioters, and allegedly killed forty thousand people in the Hippodrome. During the revolt, a fire once again destroyed large parts of the city including the Hagia Sophia. In the aftermath of Nika, Justinian believed that God favored his reign and encouraged by this sense of divine destiny, Justinian embarked on a great building campaign throughout the Byzantine Empire. His crown jewel would be the rebuilt Hagia Sophia. He was not content with merely replacing the old church, he sought to greatly surpass it.

To build the new church, he enlisted Anthemius of Tralles and Isidore of Miletos and in less than six years they completed the building. Justinian is alleged to have spent 320,000 pounds of gold, almost seven billion dollars today, on a church greater than any other in the world. The main feature of the building, its massive dome, was 31 meters in diameter and the nave of the church was 55 meters from the base. The dome was so massive that it collapsed in 557 after an earthquake and had to be raised 7m for additional stability. Though the building often required repairs due to seismic activity in the region, the Hagia Sophia remained the tallest church in the world for almost a thousand years.

The historian Procopius, writing during the reign of Justinian, described the majesty of the church saying “whenever anyone enters this church to pray, he understands at once that it is not by any human power or skill, but by the influence of God, that this work has been so finely tuned. And so his mind is lifted up toward God and exalted, feeling that He cannot be far away, but must especially love to dwell in this place which He has chosen” (Procopius, 28)

For the rest of the Byzantine Empire, the Hagia Sophia remained a fixture in the capital. The history of the Hagia Sophia itself is a microcosm of the historical events of the Empire. When emperors and empresses engaged in the destruction of icons during the Iconoclast period, the best documented occurrences of icon breaking occurred within the Hagia Sophia. This icon breaking occurred when Byzantium experienced a great loss in its power relative to the new Muslim Caliphate in the eighth and ninth centuries. Believing that God no longer favored them and that disfavor came from the Byzantine veneration of icons, imperial leaders encouraged the destruction of these symbols. When Byzantine prosperity returned and icons were reintroduced into the religious mainstream, some of the most famous mosaics within the Hagia Sophia were created. The Hagia Sophia served as a place for the coronation of new emperors, for the deposed to seek refuge, and for the rulers of the Byzantine Empire to legitimize their rule. During the weakest days of the empire, the Hagia Sophia reflected that weakness too.

In 1204, during the Fourth Crusade, the church was devastated during the Venetian sack of Constantinople. Though the Venetians and the Byzantines were both nominally Christian, the Byzantines had experienced a schism with the rest of Christendom during the twelfth century. The Byzantines forever after observed what is called Eastern Orthodox Christianity as opposed to Roman Catholicism. This separation in religion caused a separation in political relations and made the sack of Constantinople acceptable to the church. Nicetas Choniates, a historian writing during the time, described the Venetian looting of the church. “Nor can the violation of the Great Church be listened to with equanimity. For the sacred altar, formed of all kinds of precious materials and admired by the whole world, was broken into bits and distributed among the soldiers, as was all the other sacred wealth of so great and infinite splendor.” In the aftermath of the conquest of the city, the Hagia Sophia became a Roman Catholic cathedral and Doge Dandolo of Venice was buried within the church, the only person ever entombed there. When the Greeks again took control of Constantinople in 1253, the Church of Holy Wisdom was converted back into an Orthodox church and the emperor was coronated there, just like the rulers of old.

The Hagia Sophia remained central to the Byzantines until the last days of the empire. On May 28, 1453, the day before the Ottomans vanquished the Eastern Roman Empire for good, Emperor Constantine XI and thousands of his subjects attended what they thought would be the last Christian mass in the old cathedral. The next day, as the Ottomans stormed the city, thousands of people took refuge in the Hagia Sophia in the hope that God might spare them. They were not spared and thousands were either slaughtered or taken into captivity as the Ottomans took any treasures that remained within.

Yet, this was not the end for the Hagia Sophia. The Sultan Mehmet II converted the church into a mosque and added minarets outside the building. Throughout the five centuries of Ottoman rule, several great architects tried to build mosques that surpassed Justinian’s achievement, but they could only match it. After the creation of the modern republic of Turkey, the country began to secularize. In 1934, the Hagia Sophia was converted into a museum to acknowledge its history as both a church and a mosque. This was an enormously controversial decision and remains so to this day. President Erdogan, the leader of Turkey, has announced his intentions to turn the Hagia Sophia back into a mosque, though it remains a secular museum for now. As the Hagia Sophia approaches its fifteenth century it remains an important part of the present, not merely a piece of history.