From the past in Indianapolis, the present in Boone County, and now the near future in yet another Indiana small town. The Noble County Sheriff's Department headquarters is the home not just to deputies but to a specific team of police drone pilots that are leading the movement of drones in police investigations and searches in the state. This advancement and training demonstrate the Nobel County Sheriff's department's commitment to staying with technology advancements and beginning the look into the near future and the policing evolutions that come with it. 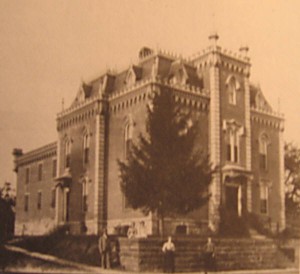 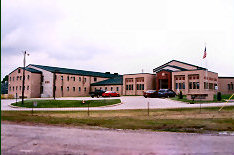 Much like our look into Boone County and their Sheriff's Department our look into Noble County seems a little off the beaten path but one well worth the look as we peer into a place that is working towards a safer future. Since 1836 the deputies and sheriff's of Noble County have been protecting an serving their public as the times have changed so to has the approach and procedures used by law enforcement there, around the state, and around the nation. In it's time of operation the Sheriff's Department has had three jails. The first constructed in 1849 was made of logs and was made famous when the notorious Blackleg William D Hill and John Wilson escaped in March of 1859. The second was constructed in 1876 and although it no longer functions as a jail it does still exist and is on the list for Indiana's Historical Buildings and is open to the public. The third and the current jail was made in 1967 and was updates in 1999 to provide better living and working conditions for both the staff and the inmates. These of course are not the only renovations that have been made by the Nobel County Sheriff's department. In recent years technological advances have gone much farther than just the addition of electricity and to buildings but instead we have seen phones that hold the same amount of information as a computer, watches that not only tell time but count your steps and your sleep, to machines that can fly in the sky and produce video footage and surveillance. It's with these advancements that the sheriff's department has strived to keep up with and keep up they have.

The Nobel County Sheriff's department was one of the first in Indiana to use drones in searches and investigations and the results have been nothing short of amazing. In 2017 the drone piloting team of Noble County deputies caught a suspect that had been hiding in a corn field after the K9 units had lost the scent proving the how valuable it is to keep up with the times as well as the departments commitment to maintaining public safety. The Noble county Sheriff's department is not the first to try and implement drone usage as a viable crime stopping and criminal catching tool but it is one of the first in the state to succeed in cutting through the political and legal red tape that has trapped other departments and stopped them from using the new technology. By working with lawmakers and the public the Noble County Sheriff's department is an almost picture perfect example of what national and local departments will be able to do in the near future with drone technology and whatever comes next.