Home to the Port Angeles chapter of the freemasons fraternal organization for a century, the historic Masonic Temple is one of the most striking and prominent buildings in the city. The structure was built in 1921 and is historically significant for its beautiful and imposing Classical Revival architecture, its affiliation with the masons, and for its continuous role as a popular event venue for the city. In terms of design, the most notable feature is the large portico with Corinthian columns in the front of the building. Other interesting features include arched openings and windows on the first floor and a large flight of steps leading up to the main entrance. All of the windows are surrounded by red bricks. The temple was added to the National Register of Historic Places in 1989.

Built in 1915, the Masonic Temple is an excellent example of Classical Revival architecture. It continues to be the home of the freemasons. 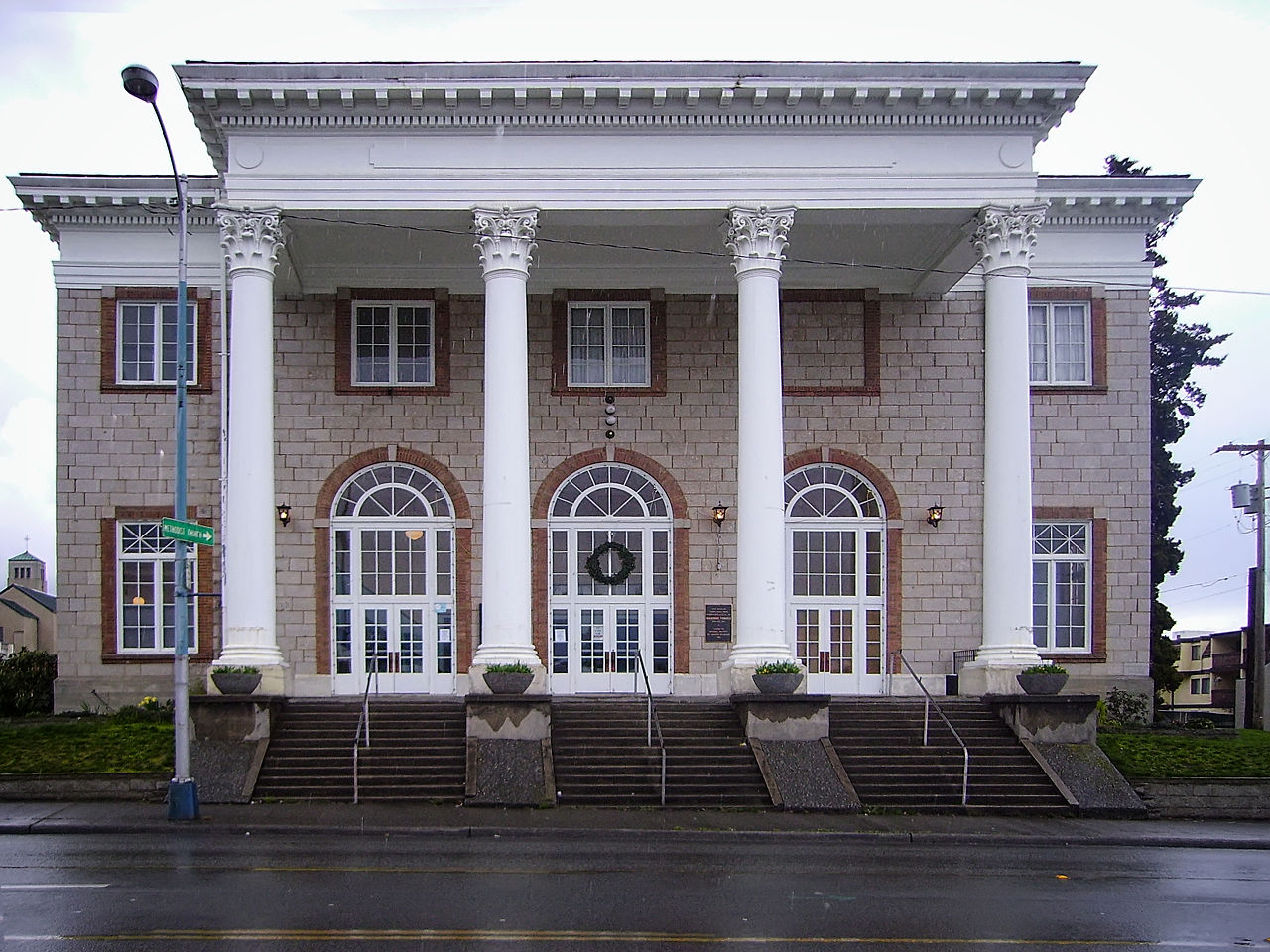 The Port Angeles Masonic lodge was established on May 27, 1890. The city was officially incorporated that year as well. The lodge met in a few locations in the downtown area for the next three decades before building the temple. The temple was and still is one of the finest examples of Classical Revival architecture in the region. Over the years, many prominent citizens have been members of the lodge and many participated in the laying of cornerstones for a number of buildings in the city.

As noted above, the temple has hosted many events as well such as dances, graduation ceremonies, wrestling matches, and political rallies. Notable gatherings included two Ku Klux Klan rallies, a large rally in 1925 demanding the investigation of prostitution and other activities citizens deemed harmful to the community, and during World War II a regiment of the National Guard were stationed in the temple to support the defense of the Olympic Peninsula. The temple was the largest gathering place until a new high school auditorium was built in 1958.