This Italianate style brick mansion was built around 1860 for James H. Ward, a local merchant. Its most distinctive feature is the three-story brick tower with a mansard roof, added around 1875. A carriage house on the lot also is from the Ward era. The house stayed in the Ward family into the twentieth century, until the death of Ward and his wife in the 1910s. The home was later divided into multiple apartments. The Ward House was documented by Ball State University in the 1980s as part of the Historic American Buildings Survey (HABS) and was listed in the National Register in 1988. 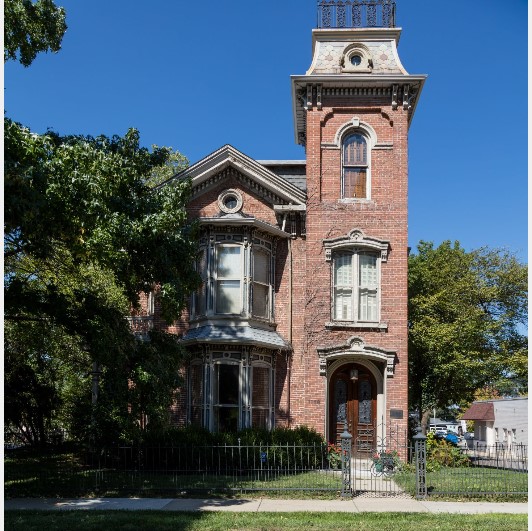 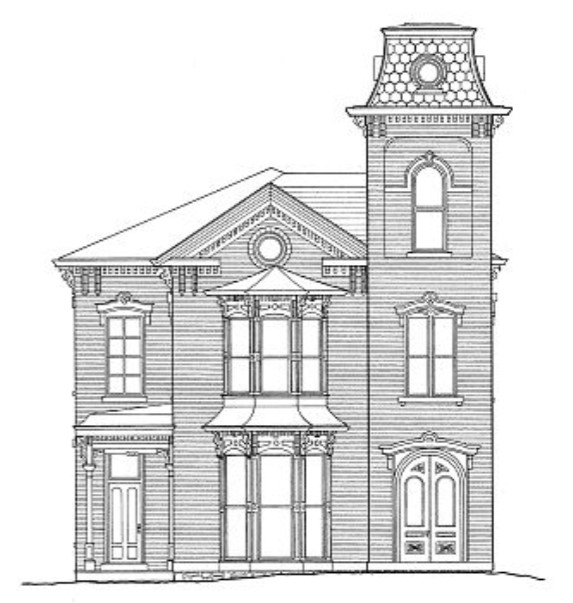 Drawing of west side of Ward House in 1982 HABS study by Ball State U. 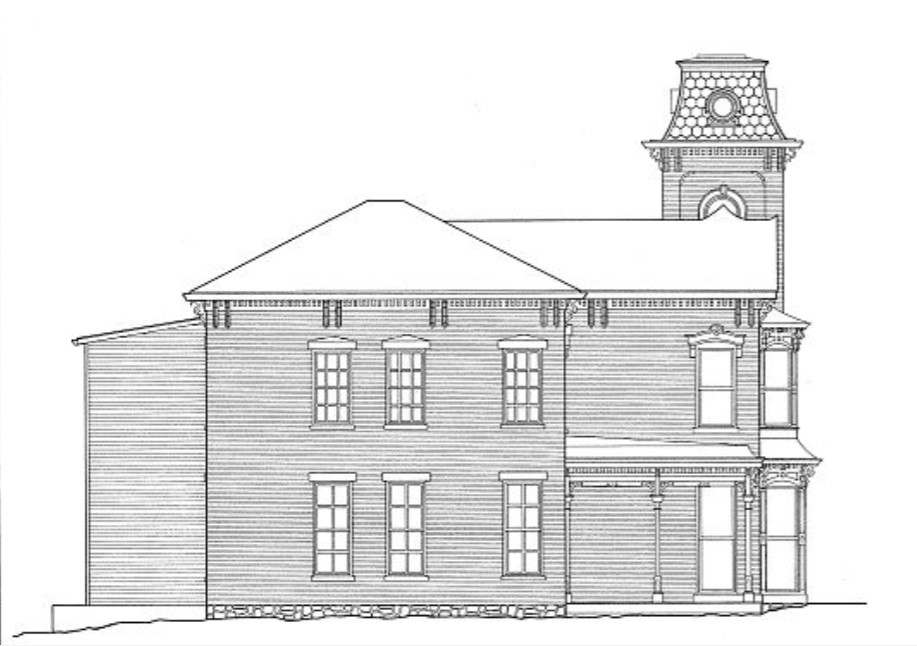 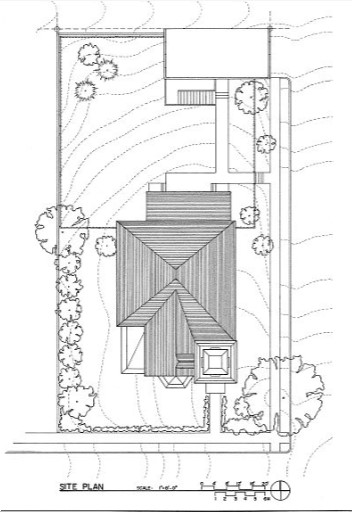 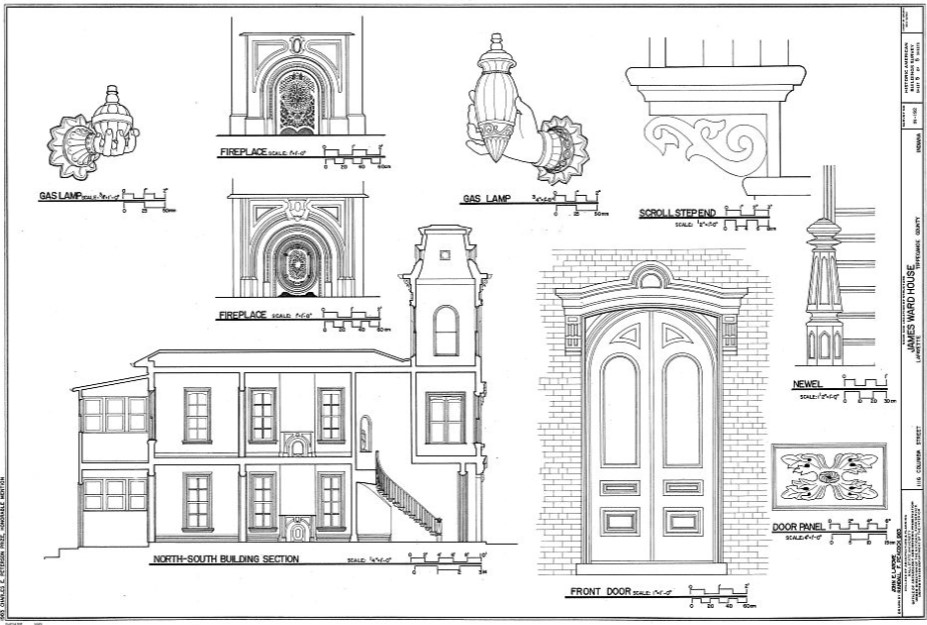 The James. H. Ward House's tall, narrow windows, round-arched door, tall tower, and eaves supported by brackets point to its Italianate architectural style with a Second Empire influence. The brick house, facing south toward Columbia Street, has been deemed one of the most attractive examples of Italianate architecture still standing in Lafayette. The National Register listing cites its significance in architecture; the style combination is rare in the city. Situated on a high spot, the home has become a neighborhood landmark. The house is entered through the ground floor doorway in the tower (but the house is privately owned, so is not open to the public).

The builder of the Ward House circa 1860 is not known. The tower seems to have been added onto the house around 1875; the assessed value of the house jumped upward in 1874-1875. The Ward house is shown on the 1868 bird's eye view map of Lafayette as a two-story building without the tower. A two-story gable windowed projection west of the tower also seems to have been added onto the original structure. A shed-roofed rear addition lies to the north of the original house. It seems someone furnishing the Ward house had a quirky sense of humor. The gas lamp fixtures in the house are in the shape of a metal hand holding an object - see the drawing below with the multiple architectural details. The drawings were part of the HABS documentation by Ball State University in the 1980s.

James H. Ward moved to Lafayette in the 1830s as a child. He worked as a cashier for a local pork production company in the 1840s. Ward and William Potter established a dry goods firm in town in 1856. Three years later, James left and created a new company with his twin brother, William. They specialized in carpets and furniture, both wholesale and retail. A carriage house on the house lot served as a warehouse for the firm; the structure is a contributing part of the National Register listing. The retail store was on the second level of a building at Courthouse Square on Third and Main. After James died in 1912, his widow, Martha. lived in the house for three more years. The house was divided into apartments after 1915, and an addition linking the home to the carriage house was removed. The shed addition was built later as an enclosed porch or sunroom.