Gethsemane Episcopal Church organized during the 1850s in Minneapolis just as the town started to enjoy a slow population boom, mainly due to its growing flour milling industry. By the 1880s, Minneapolis had become a world leader in flour milling and processing, earning the name , "Mill City," and the city's population began to soar. The church enjoyed a coinciding rise in attendance and needed a new building as a result. The new Gethsemane Episcopal Church opened in 1884 after three years of planning and constructed. The building served the congregation until November, 2019, when declining attendance forced the church to close. 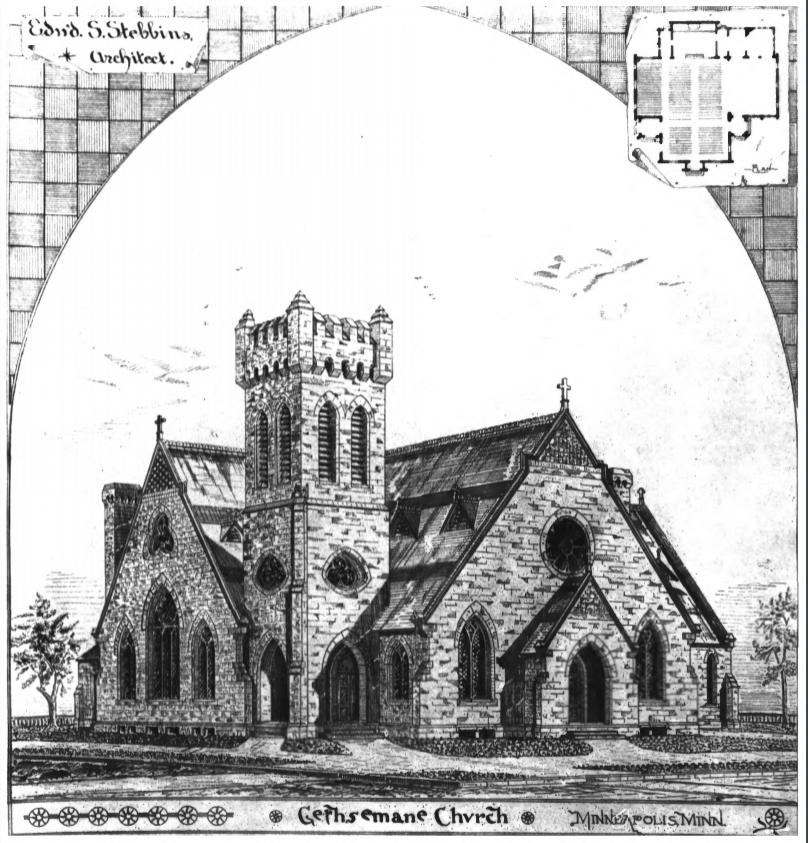 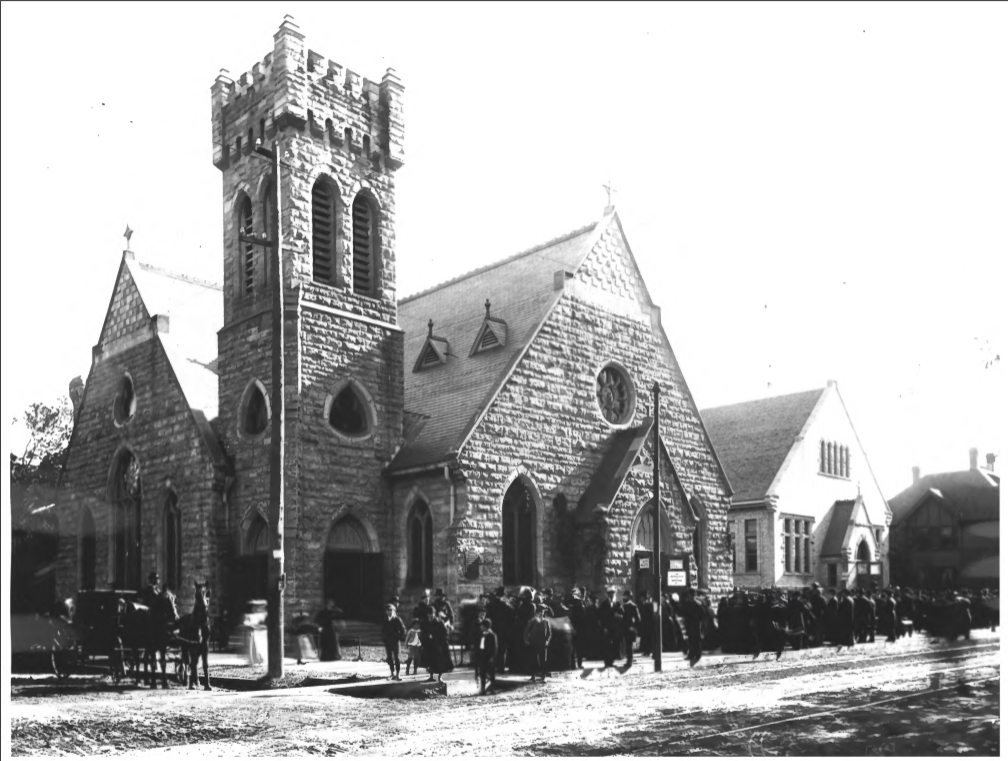 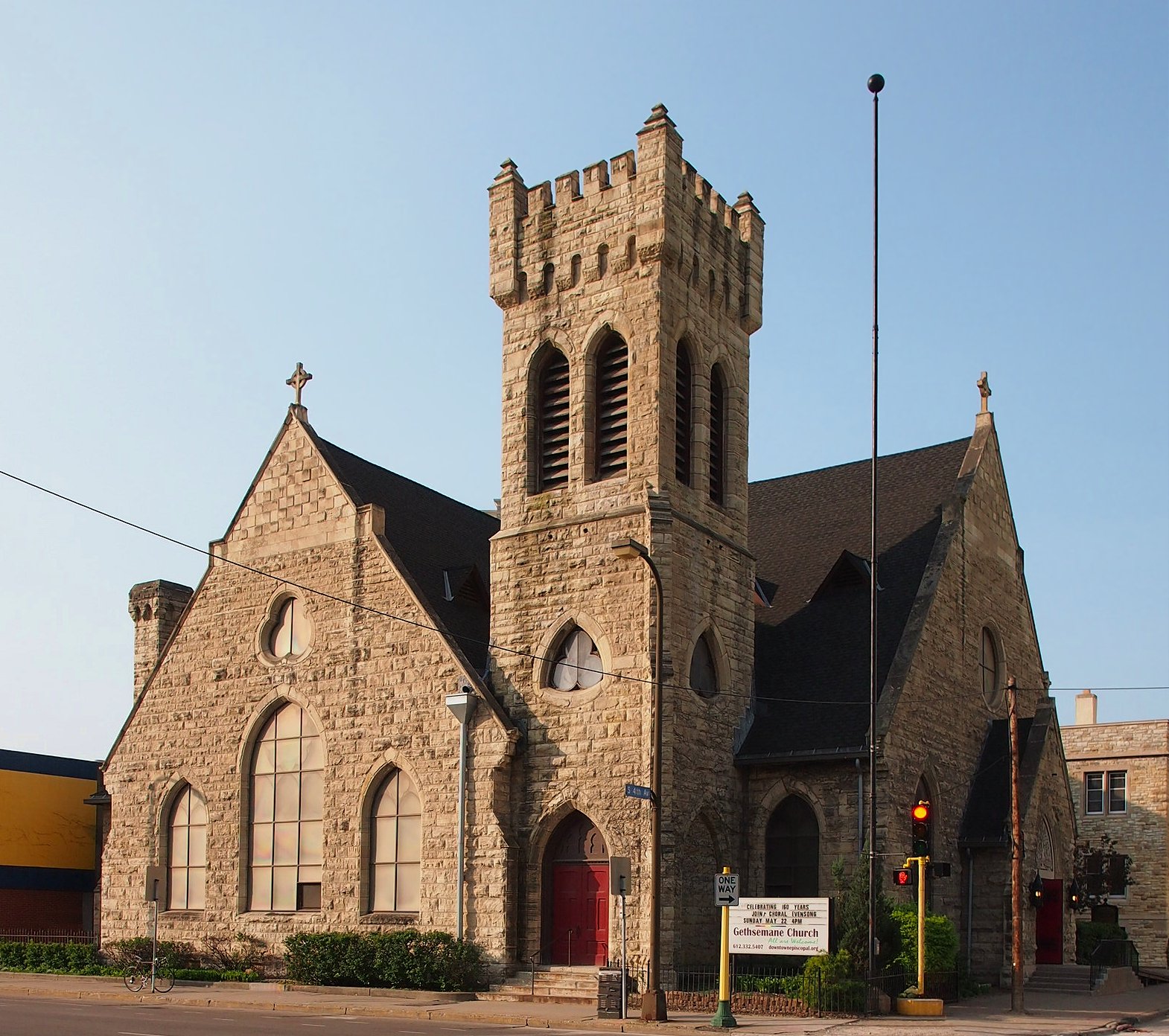 The Gethsemane Episcopal Church opened its doors to the historic church in 1884 after three years of planning. The church first organized in 1856, and its original building proved to be the first one constructed solely for religious purposes. In the fall of 2019, the era ended as the church held its last service. The building first stood in a young town and held its final ceremony as the building sat amidst numerous commercial buildings within one of the nation's largest urban regions.

The church grew much in the way the town grew, mainly due to its burgeoning flour industry. The flour business took shape during the 1850s, but during the period from 1880 to 1930, Minneapolis led the nation in flour production, earning the nickname "Mill City." With a booming flour industry in-hand, the city enjoyed a population and building boom. In 1870, the city's population was 13,000, which rose to 165,000 by 1890. Of course, many of them sought churches. The Gethsemane benefited from that boom. Thus, by 1881, plans were made to build a larger structure, which now stands as a historic site.

Edward S. Stebbins, a locally prominent architect, designed Gethsemane Church in a Gothic style similar to churches found in rural England. The diminutive scale, which emphasized broad rather than tall proportions, and the castle-like appearance with its noticeable square tower was uncommon for church architecture during the late nineteenth century. However, the style did grow popular during the early twentieth century. The interior of Gethsemane features an open truss roof plan and elegant stained glass windows, of which one depicts the Garden of Gethsemane (created by Louis B. Tiffany).