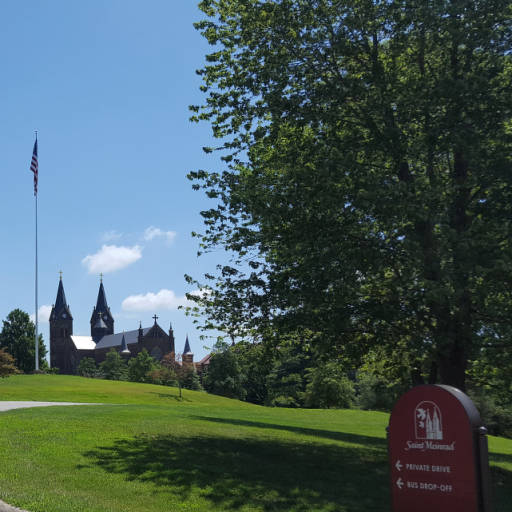 The monks originally came to Southern Indiana at the request of a local priest was needing help serving the pastoral needs of the growing German-speaking Catholic population. The monks have been known for helping the needs of the Catholic parishes in the surrounding area. Not only do they help with the lay duties of the local parishes, but they also provide free concerts and events for the local community. For example in 2015 the monastery offered free admittence to members of the community to attend the National Players classic touring company. As mentioned previously it has long been a mission for the Archabbey to train local men into the priesthood. In 1861, the Archabbey began to offer undergraduate classes in theology and philosophy. The Saint Archabbey has longed served the Catholics of Spencer County, and its surrounding counties. Like the Sisters of Saint Benedict in Ferdinand the monks of Saint Meinrad help isn't limited to helping the German Catholic Community, but the community as a whole. The Monks and Nuns may have come to help the needs of the German Catholic Community