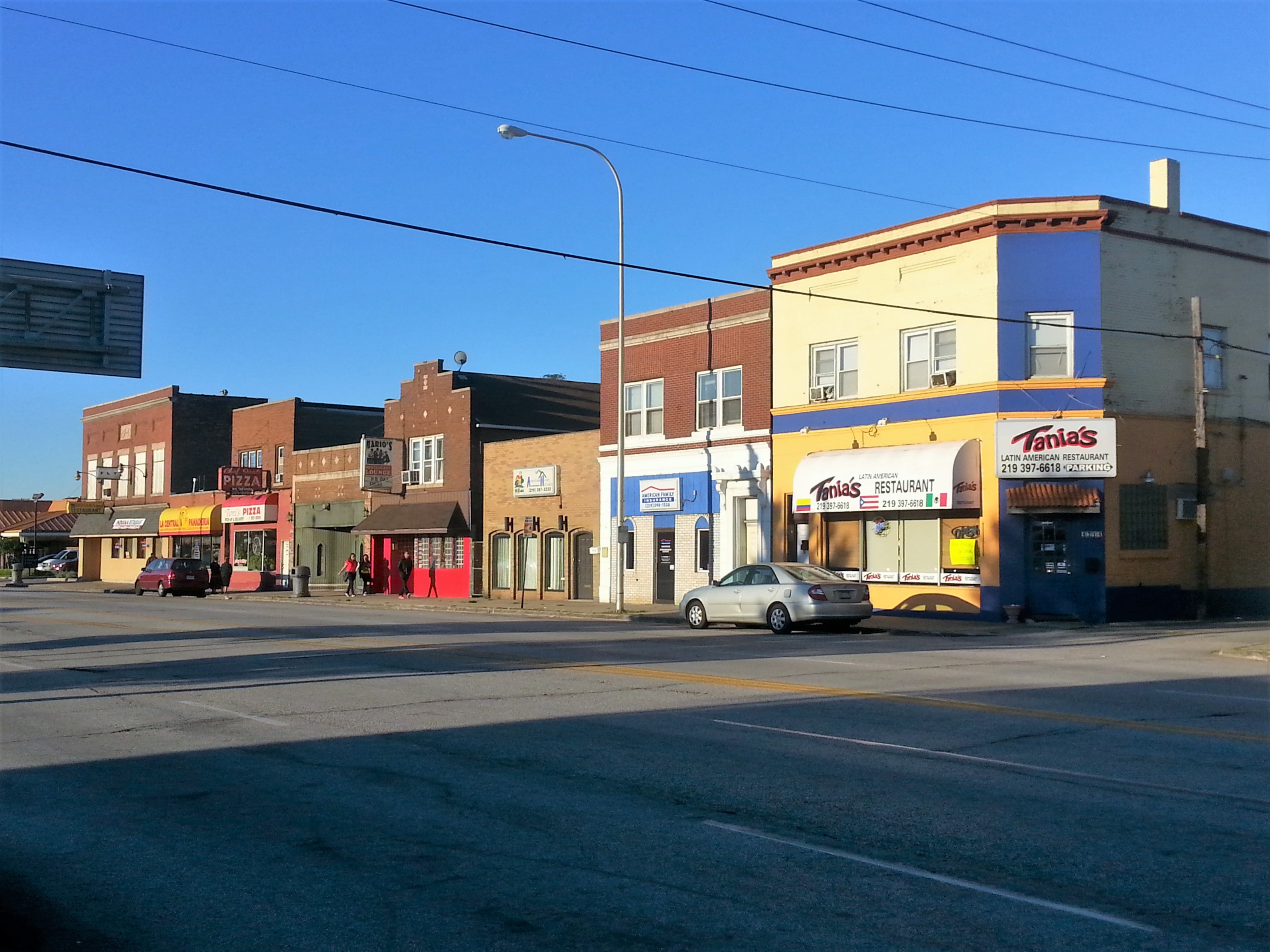 The borders of this community are shaped by the industrial sprawl of the steel mills, the rail roads that fed them, and the discrimination the members of this community faced. Mexican works living in this community were forced to live south of the Wabash railroad tracks because “On the Northside they will not rent to Mexicans.” The quality of the housing in these areas were, as described by the Mexican consulate, “wretched beyond belief.” Despite these poor conditions, Mexicans would continue to be forced to live here by both discrimination and the proximity to the steel mills.

This intimate contact with the steel mills would shape the interactions with the rest of East Chicago at large. The Mexican community would be both dependent and antagonistic towards the great industrial monoliths that were both their patrons and exploiters.

The community would often face massive threats of demolition and “urban renewal” efforts, that would imperil the people living there. This led to massive political conflicts with groups like CLO leading the defense. The communities would also face discrimination. Segregated theaters, restaurants, biased news reporting that focused on crime, all of these would contribute to a great deal of animosity to the residence of the East Chicago Colonia.

Throughout these struggles, efforts by Mexicans living in these northern enclaves would often be undermine by disunity. While these communities were generally united in the goals of maintaining their cultural distinctiveness and achieving acceptance and equality, they were often divided by class distinctions that they multiple waves of immigration from Mexico had brought with it. This disunity would lead to the Mexican population in Northwestern Indiana, despite its growing size, never being able to represent a strong voting bloc.

Last updated by Benjamin (Instructed by eric sandweiss, Indiana University--Bloomington) on May 4th 2020, 5:46:56 am.