Initial conservation sympathies in the state centered around the depletion of the timber store. The state took action with the creation of the State Board of Forestry in 1901. The establishment of Clark Forest Reservation, as it was named then, gave the burgeoning foresters room to experiment. Both the forest itself and its purposes have evolved since, but it remains a testimony to the state's early forays into conservation.

Administration Building as it stood in 1927 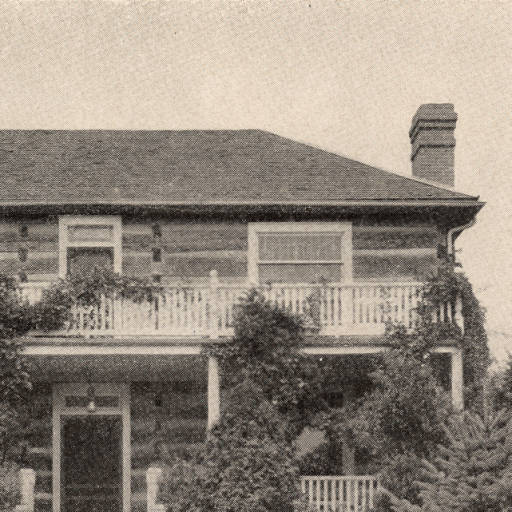 Interest in forestry and conservation in Indiana was largely sparked by similar movements in the Eastern United States. Forestry departments were being created, land was being set aside, and foresters were hired to, more or less, experiment with the land to create a lasting trove of natural beauty, but more importantly, a lasting and sustainable source of timber. These foresters were then quickly sent out west, creating forest reservations in the untamed virgin forests of new states like Oregon and Wyoming. The Midwest was largely skipped over in this effort.

By the turn of the century, Indiana forests were largely depleted, a problem that Hoosiers were well aware of. Organizations like the American Forestry Association were growing, and the celebration of Arbor Day was becoming more popular. In 1903, the Indianapolis Journal, in an article about the establishment of the Forest, reported that 92% of the wood used in Indiana manufacturing came from outside of the state. The state decided to take efforts into their own hands. A State Board of Forestry was created in 1901, and two years later, the purchase of 2,000 acres mostly in Clark County gave them room to work. There was initial backlash, as with many government programs. What would this new program do for the people of the state? Goals vacillated between combating resource depletion, providing a source of timber, discovering successful methods of timber cultivation, selling seedlings to private citizens, and more. It was a lofty calling, but as the first secretary of the State Board of Forestry, W.H. Freeman, put it, “…it is for the people of the State to determine largely the workings of the forestry station of experiment.” Still, it was evident that this initial interest in conservation was as much about preserving business interests as it was about preserving land for both the enjoyment of its citizens and habitat conservation.

The land itself offered not only timber resources, but historical ones. It was land given to George Rogers Clark in recognition of his services to the territory in the Battle of Vincennes. It also played host to the Pigeon Roost Massacre, in which settlers were killed by Native Americans during the War of 1812.

Now, the land has come far from its roots as a forestry experiment and economic resource. Clark State Forest covers 24,000 acres of multiuse space, including areas for camping, fishing, hiking, and more. It contains the longest hiking trail in Indiana, the 60-mile Knobstone Trail. The trail weaves up and down many of the park’s notable knobs- unique conical hills. Many of the saplings originally planted in the early 1900’s exist to this day, and the overarching purpose of the land is still timber management.