The 2019 season marked the Ole Miss Rebels’ 31st season and 30th year of calling the friendly confines of Oxford-University Stadium/Swayze Field home. Construction of the $3.75 million stadium was completed in October, 1988, while landscaping and touch-up work was finished through the course of the 1989 season and through the summer months. The stadium’s first action saw the Rebels sweep a doubleheader from Cumberland University on a bitter cold day, February 19, 1989. Still, a crowd of 1,016 braved the elements to be a part of that historic day in the school’s baseball history. Ole Miss officially dedicated its new home on April 22, 1989, with a ceremony attended by many dignitaries, including Hall of Famer Whitey Ford and Ole Miss great Archie Manning. A sellout crowd of 2,967 attended and watched the Rebels down Kentucky, 4-3. The ballpark has grown and undergone changes since its original opening date, including an $18 million renovation project prior to the 2009 season and a $19 million project scheduled to be completed in 2018. The latest project features an exclusive performance center for Ole Miss Baseball that features the following: a new locker room, weight room, training room, players lounge, team meeting room, indoor hitting cages and an indoor pitching tunnel. 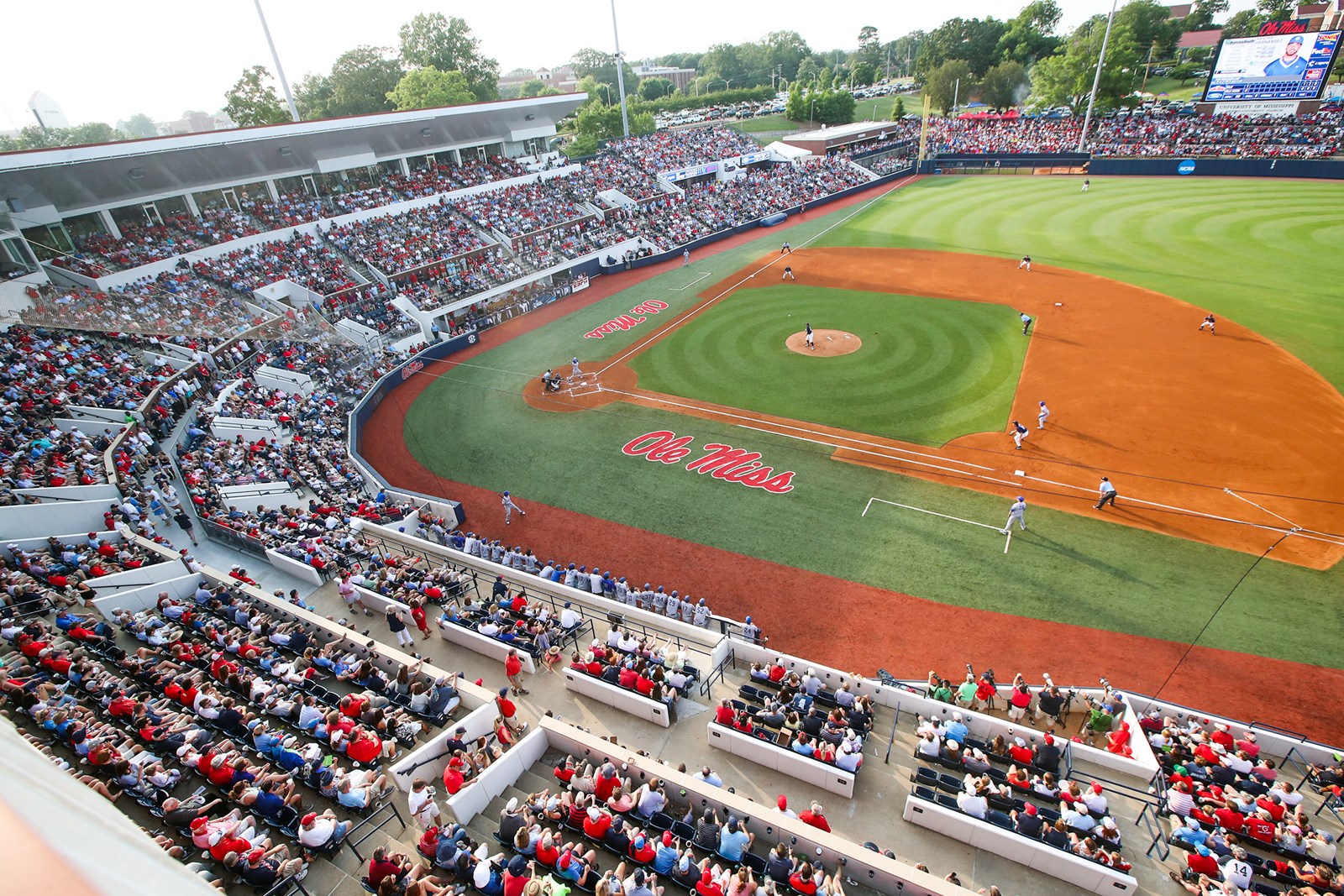 Mississippi State player kisses and holds the Governor's Cup, the trophy that both teams play for this series. 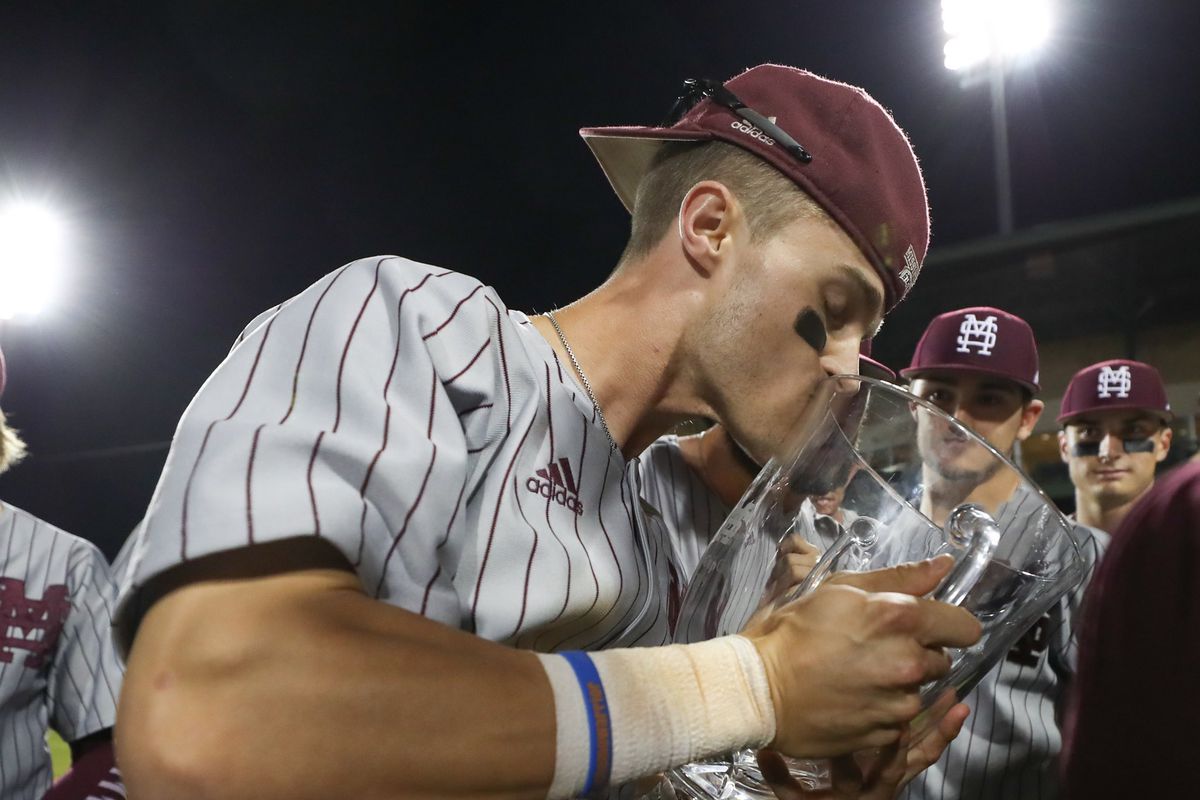 The infamous Beer Shower is a tradition at Swayze Field. 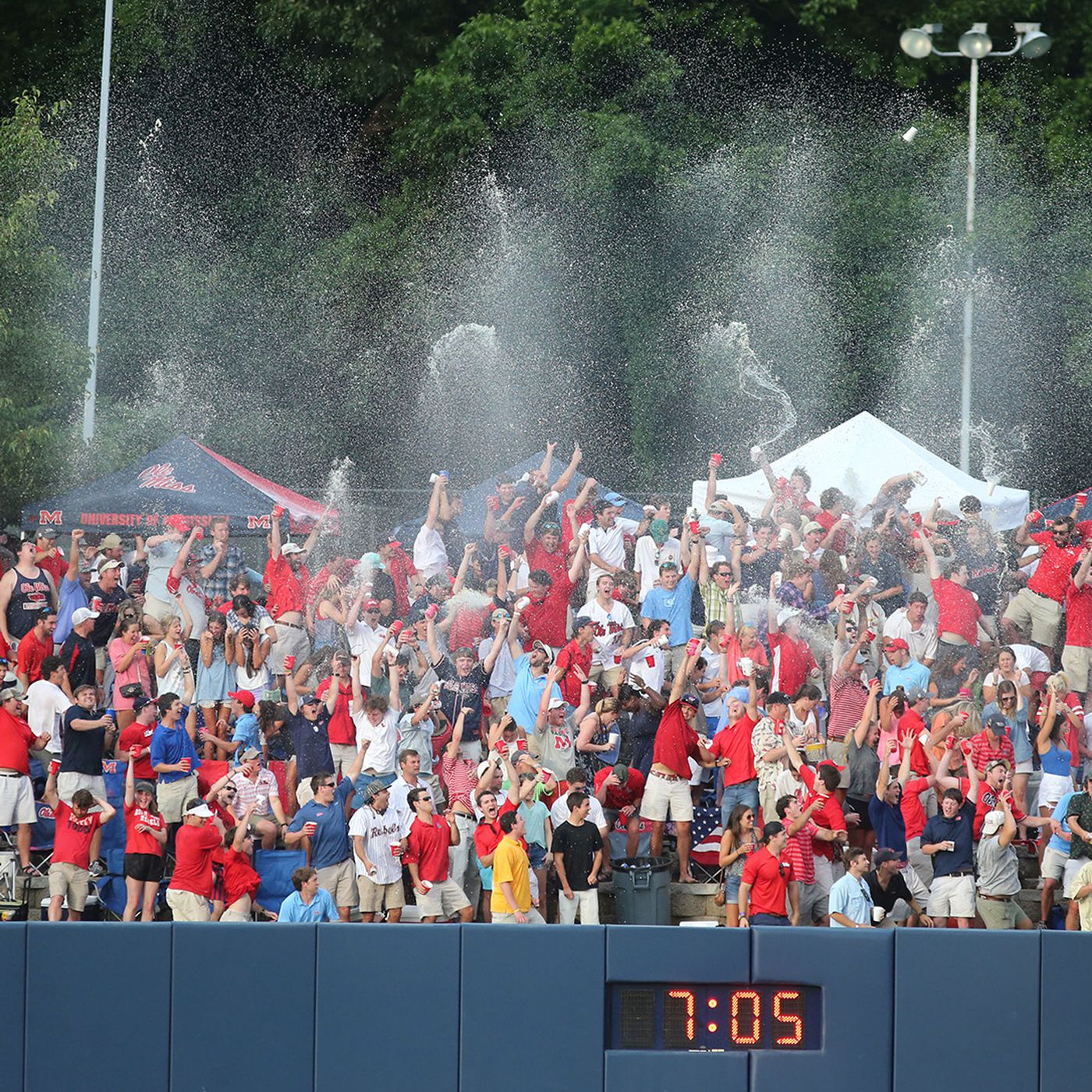 Ole Miss players celebrate a win in walk off fashion over Mississippi State. 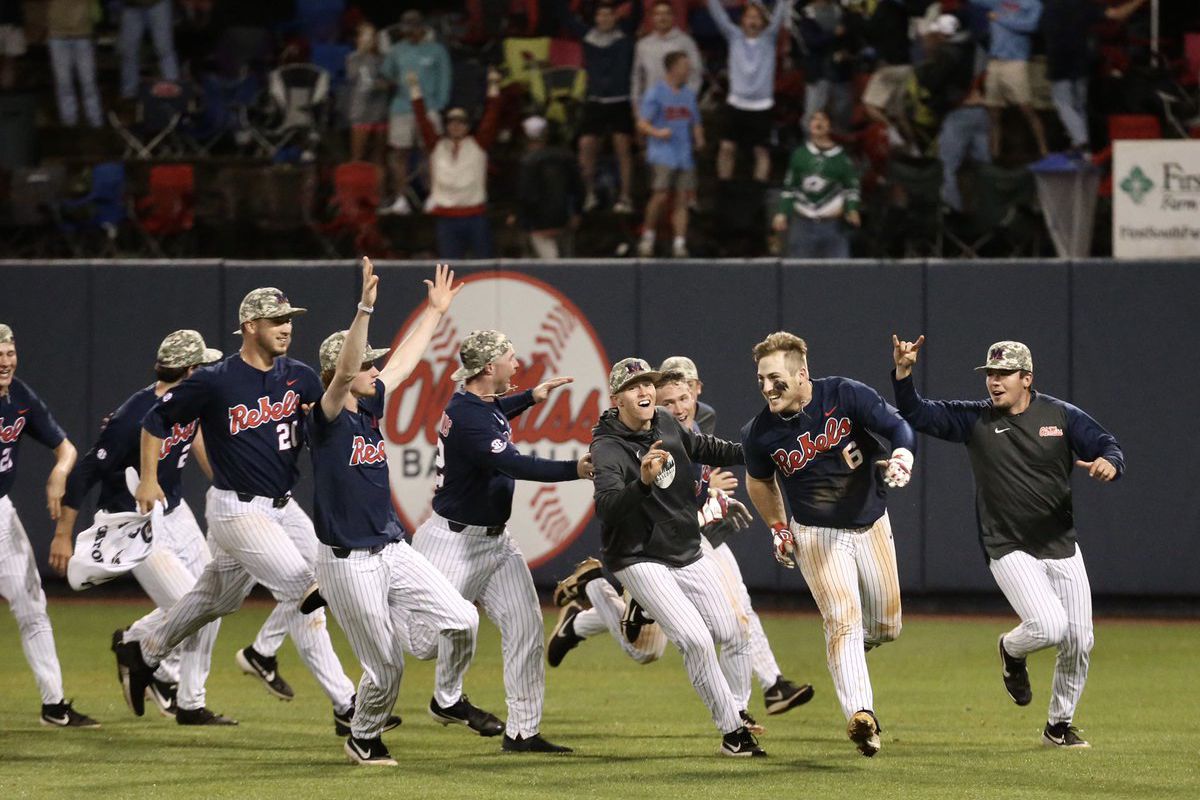 The Rebels and Bulldogs just can't seem to get the record books straight because of the contention between the two schools. For instance, when you take a look at the Mississippi State records, they claim to lead the series 231-186-5. But, Ole Miss records show they only trail Mississippi State 224-192-5. It's curious to see whose keeping score because, as recently as 1978, Ole Miss partisans claimed to actually lead the series by about six games.

Each fan base and stadium atmosphere are two of the top places to go to watch a college baseball stadium. When these two teams play, it’s a statewide holiday where fans of both sides pack whatever stadium is the home field and is second to none. One of the best games in this rivalry happened on May 9th, 2015. With two outs and down by 5 runs, the Rebels came back in the 9thinning to tie the game and then walked it off in the bottom of 10thinning to complete the series sweep and walk away with the Governor’s Cup. The last time the Rebels completed a series sweep over the Bulldogs came in the 2010 campaign.

One of the most infmaous traditions of Swayze Field is the beer shower. Every homerun hit by an Ole Miss player fans in the outfield throw thier beers in the air creating a shower of beer raining down. Mississippi State player haven't enjoyed those showers in recent years. Players have gotten into altercations with the fans claiming they have ben using the beer to soak the players on purpose. This rivalry is intense from the players to coaches to the fans. Both sides have a strong hate for each other and it shows on the diamond every year.