UFCU Disch-Falk Field, named for two former Longhorns coaches -- the late Billy Disch and the late Bibb Falk -- was authorized in 1973 when it became apparent that the main campus of The University needed the land occupied by Clark Field. The field was completed in time for the 1975 season, and it opened on Feb. 17, 1975, when the eventual National Champion Longhorns swept a doubleheader from St. Mary's by scores of 4-0 and 11-0. The field was dedicated on April 19, 1975, when the Longhorns swept a doubleheader from TCU by scores of 18-3 and 14-0. UFCU Disch-Falk Field was originally completed at a cost of $2.5 million and the artificial surface in the infield area was replaced in the summer of 1979. Entirely new artificial surfaces were installed in 1985 and 1999 before the FieldTurf addition in the fall of 2008.

This picture is taken from the press box levels of the stadium. 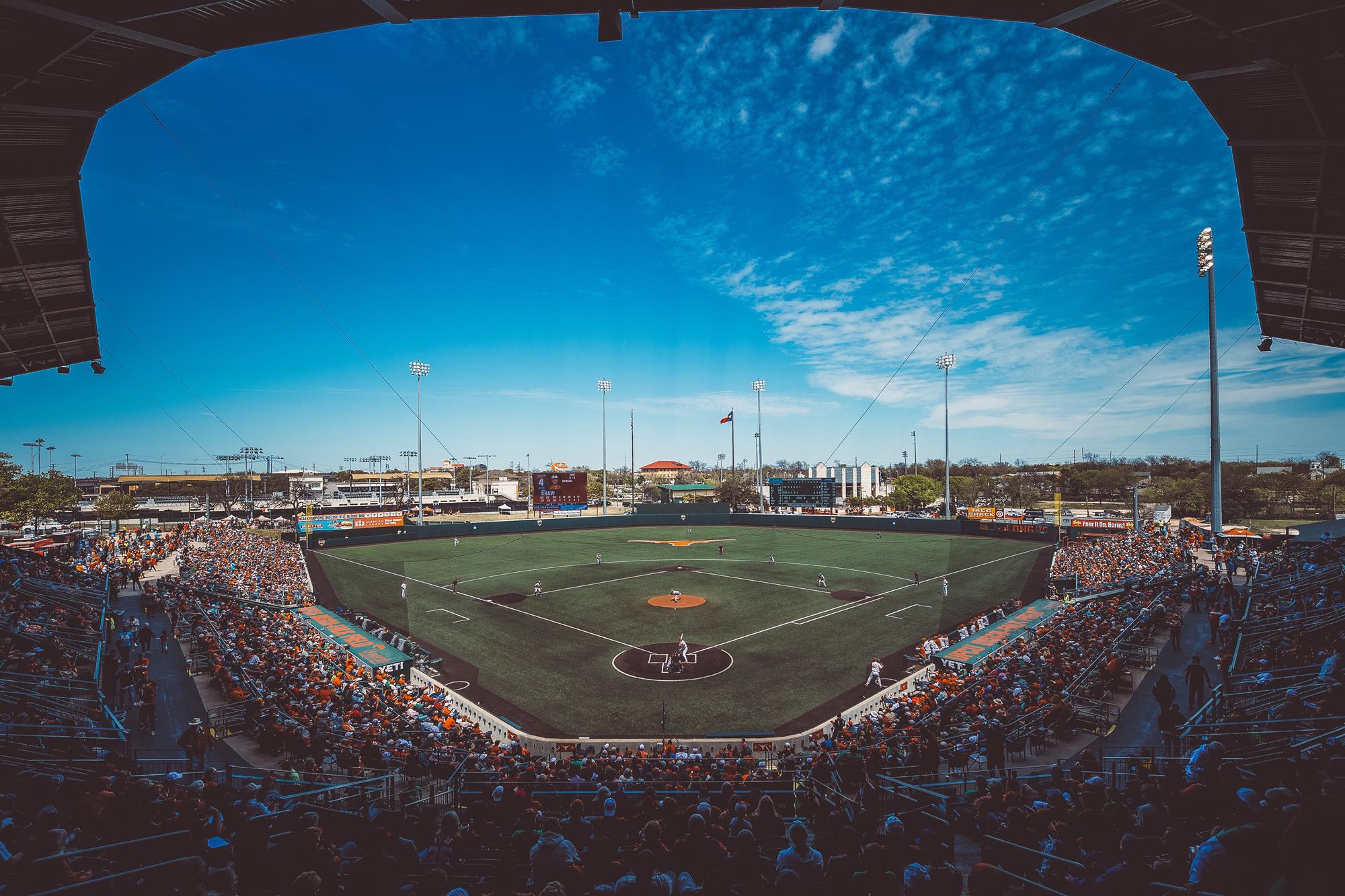 This stadium was called Clarke Stadium and is the grounds for UFCU Disch-Falk Field. 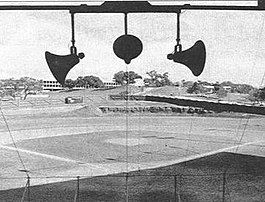 Anthony Rendon is an MLB player currently playing for the Los Angelas Angels. He played college baseball at Rice and is just one of many great player to play in this rivalry. 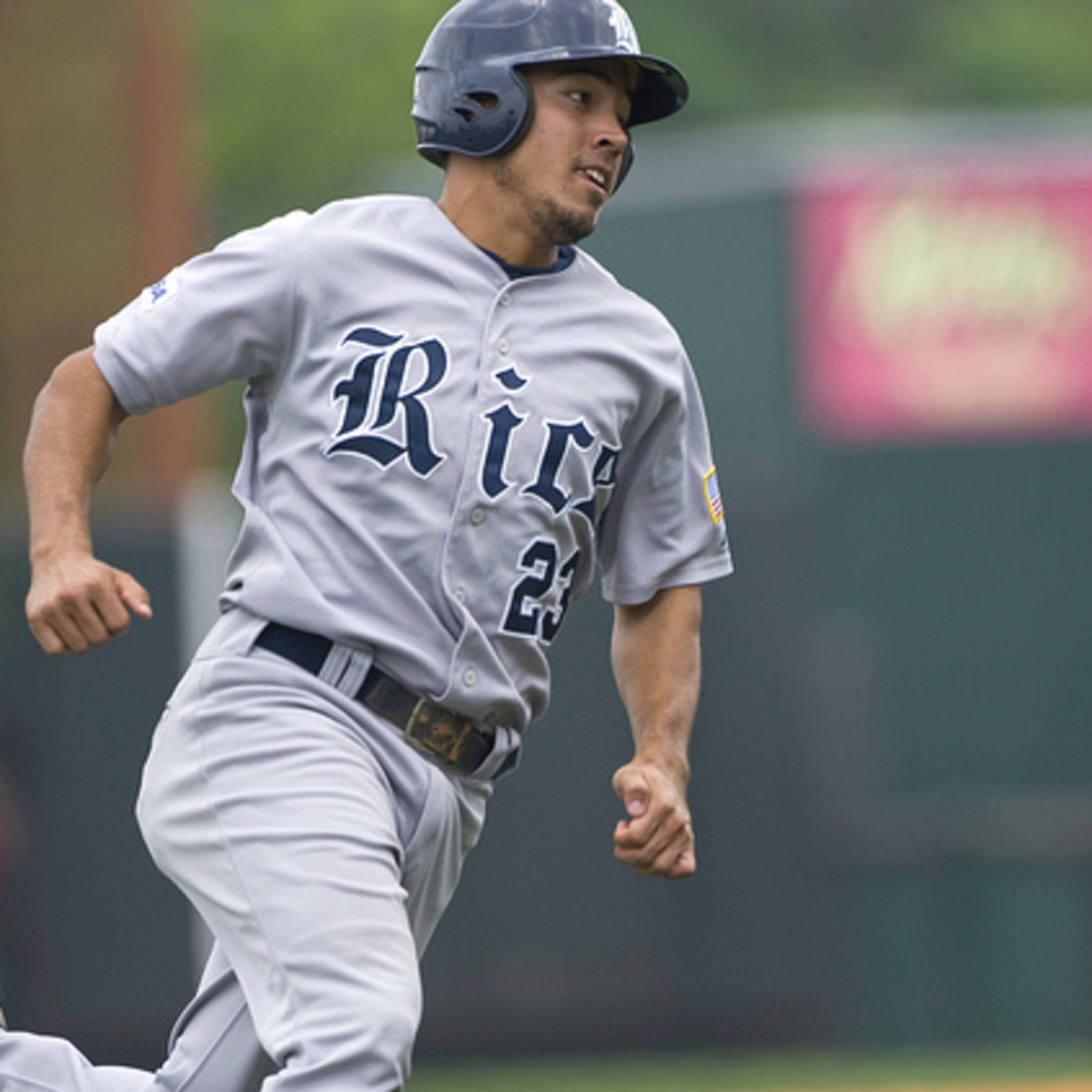 Texas Longhorn player rounds third base as he score the game winning run to win the series in 2019. 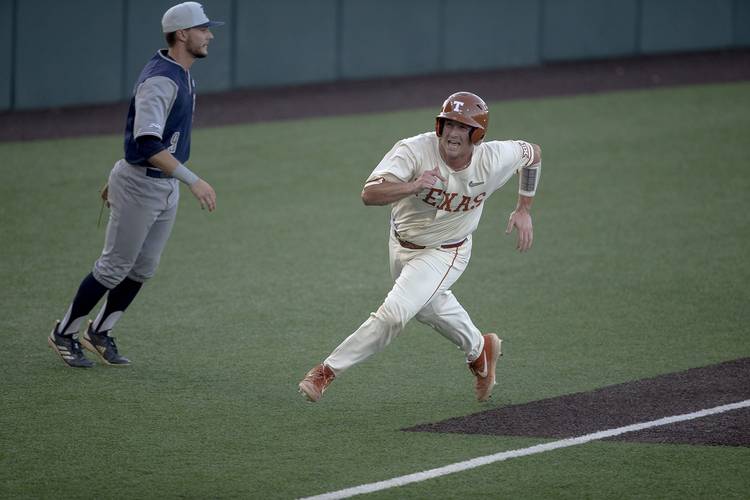 The top crowd to see a collegiate game at UFCU Disch-Falk Field came during the NCAA Central Regional Tournament on May 19, 1982 when 8,000 fans watched the Longhorns defeat Oklahoma. The largest crowd, however, watched an exhibition game between the Longhorns and the Texas Rangers on April 5, 1977. About 10,000 fans, some of whom stood on the roped off warning track in the outfield, attended the record-setting game.

The University of Texas versus the University of Rice is one of the top college baseball rivalries. This rivalry is special because in every other sport they hardly see each other. But when it comes to baseball, it has been a competitive in-state rivalry. In the early 2000’s, it was a back and forth rivalry and pretty much was a split series every year they played. With great players coming through both programs such as Anthony Rendon and Houston Street, this rivalry has been super competitive in the last 20 years but especially in recent years. Current Longhorn head coach David Pierce once served nine seasons as an assistant coach at Rice from 2003 to 2011. Pierce help lead the Owls to the 2003 National Championship and four College World Series appearances. Since 2015, Texas has won the rivalry 6 games to 4.

Before the COVID-19 stopped the 2020 season, Texas swept the Opening Series to Rice and was the first time the Longhorns have started 3-0 since 2009 which went on to be the program’s most recent College World Series final appearance. The Longhorns had won the opening game 7 to 4 behind a late offensive surge of the Longhorn bats. Since Rice usually cannot compete with Texas in football or basketball based on their recruits, this rivalry means so much to both teams with the prior history in the rivalry.