Montview Mansion, also known as the Carter Glass Estate, is located in Lynchburg, Virginia, and is on the grounds of Liberty University. The property was owned and built by U.S Senator Carter Glass in 1923 and Senator Glass himself oversaw the project. The property was later purchased by Jerry Falwell Sr. and is now owned and maintained by Liberty University as an office, and residence for special guests. The structure was built The building is 1 ½ stories, is gambrel roofed, U-shaped, and a great symbol of the architecture of the era. The property consists of two buildings, the main house and servants’ quarters, which is now the Civil War Chaplains’ Museum. Neither structure has not gone through any major reconstruction. The property is also on the National Register of Historic Places.

The Front of Montview 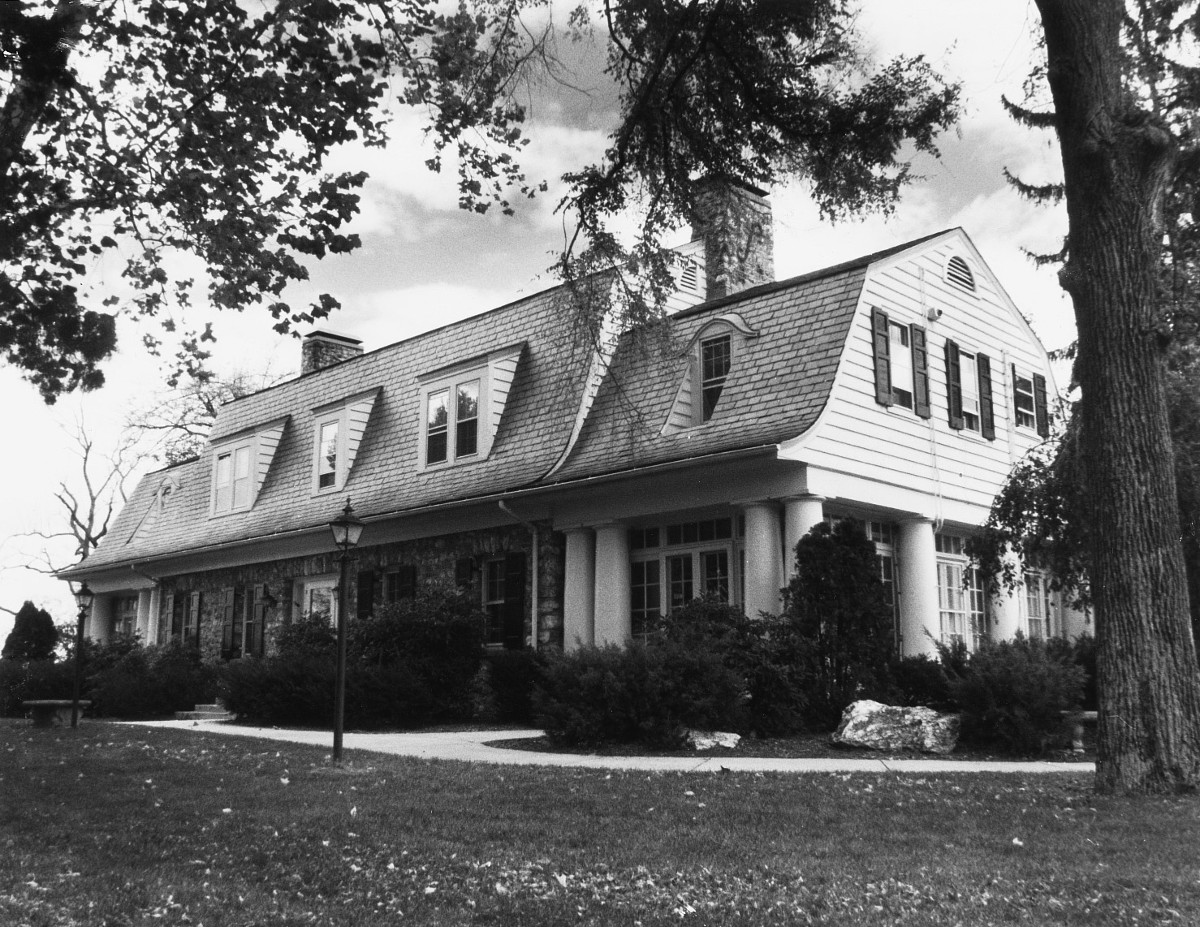 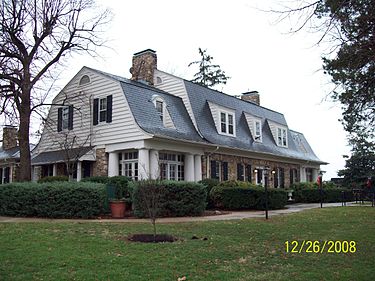 The Garden and head on view of Montview 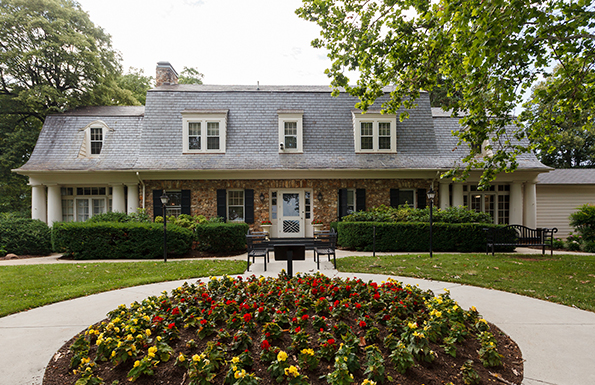 The main stairwell in Montview 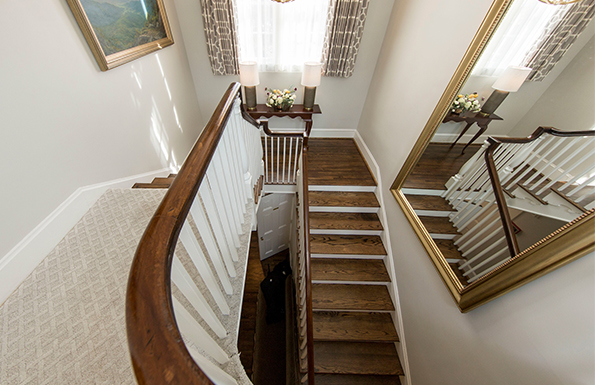 The historical marker about Montview 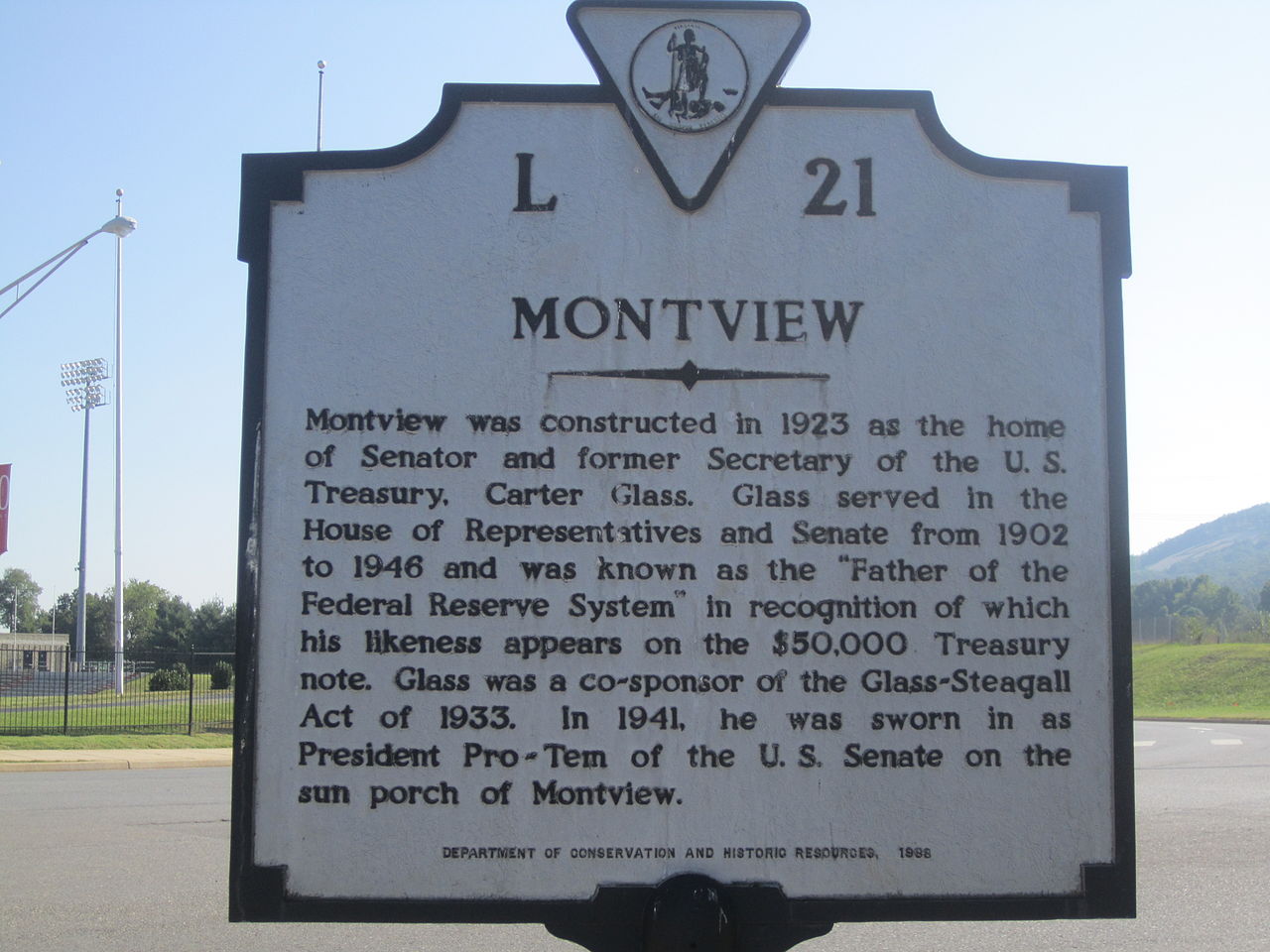 Senator Carter Glass on the Cover of Times Magazine, 1933 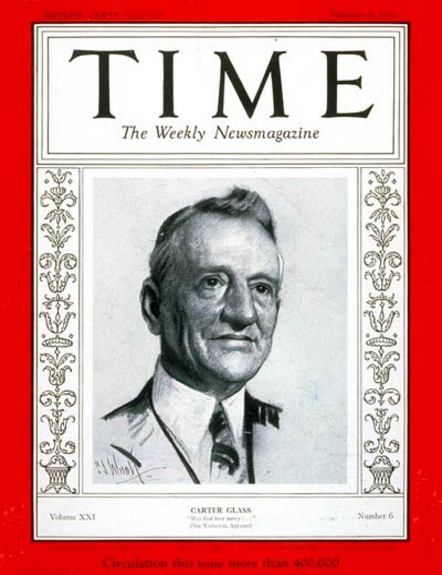 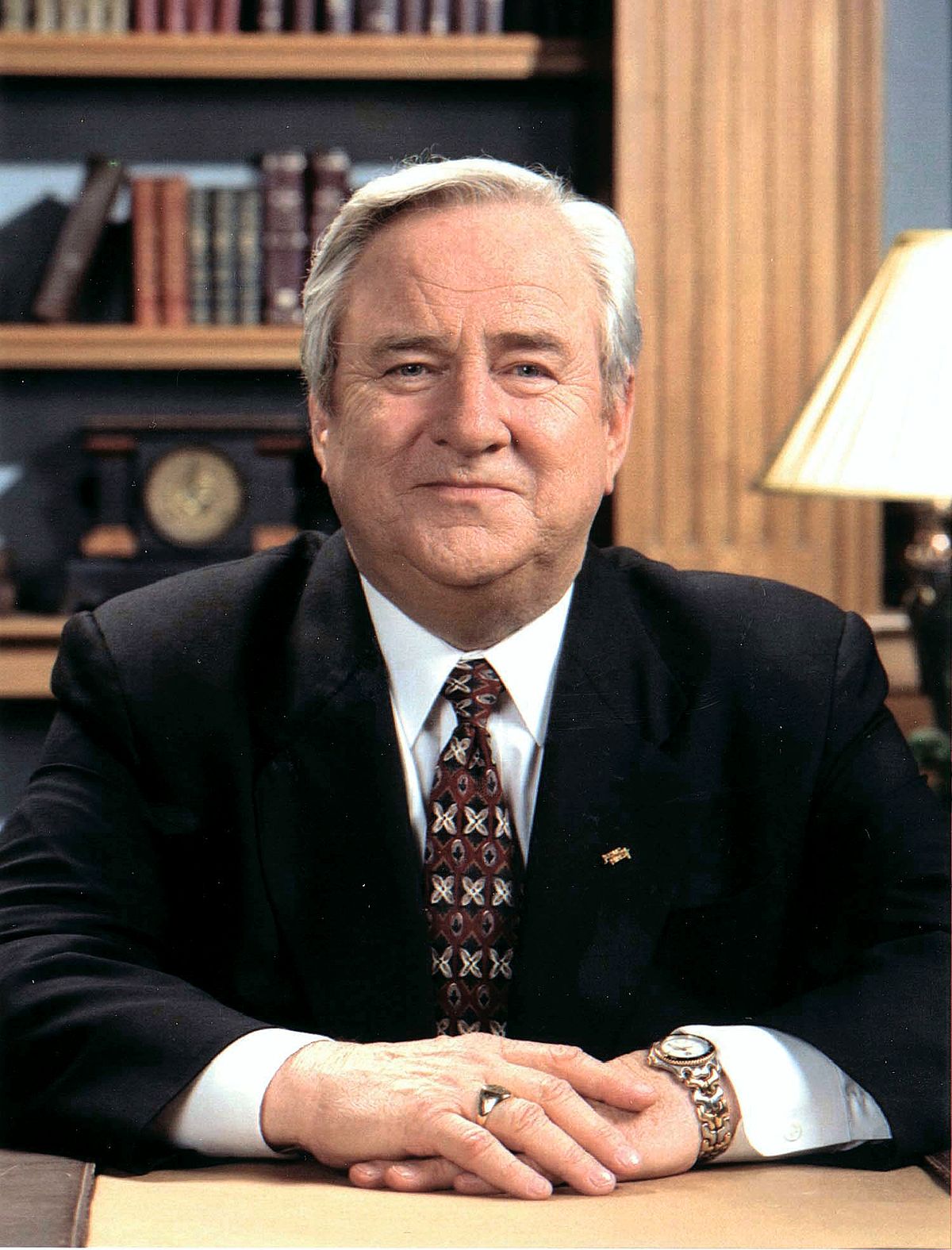 Senator Glass moved to Montview from his house on 605 Clay Street, also in Lynchburg. The house on Clay Street is also on the National Register of Historic Sites and on Clio. Montview became Glass’ escape from Washington D.C. and he permanently moved there in 1923. The original property consisted of a 300 acre cow farm and the majority of that property is now Liberty University. The major significance of this property is the direct connection with Senator Glass who helped write the Glass-Owen Act which established the Federal Reserve Banking System. Glass also notably served as Secretary of the Treasury under President Woodrow Wilson.

The exterior of the building is 18 inches thick and is made of quartz and stone quarried off the property. The exterior also has cream colored painted wood. Each wing has a sunroom/porch area that takes up the end of each wing of the U-Shaped house, and the dining room, living room, study/library, office, bedroom, and kitchen make up the rest of the first floor. The second floor has bedrooms, bathrooms, and offices, and the residence for special Liberty guests now takes up the second floor. The house has five fire places, two of which had marble mantles from the old U.S. Capitol that burned in 1812 but were taken out of the property after the death of Glass and before the purchase of the property by Falwell Sr. Another interesting feature of the house is that there used to be a speaking tube connecting Mrs. Glass’ bedroom on the second floor to her husband’s bedroom on the first, but it has been wallpapered over.

On the exterior of the property, hedges surround the 1.7 acre portion of the property, broken up by walkways. Stone columns on the property used to mark the driveway entrance, which is now a pedestrian path, and the swimming pool that has been filled in. Montview also had two bath houses but they have since been demolished.

Both Senator Carter Glass (1858-1946) and Jerry Falwell Sr. (1933-2007) passed away at the residence. Only Falwell Sr. and his wife are both buried on the property, overlooking the Liberty University campus, and Senator Glass is buried in Spring Hill Cemetery in Lynchburg, VA.