The Civil War Chaplains Museum was founded in 2005, by Liberty University and is currently located on its campus. The building in which the museum sits used to be the servants’ quarters for the Montview Estate, which was owned by Senator Carter Glass. Currently, this is the only museum that’s sole purpose is to remember the 3,700 chaplains that served in the American Civil War. The goals of the Civil War Chaplains Museum is to inform the public about the importance of religion and religious institutions during the war. It also endeavors to preserve artifacts that show the influence religion had on the lives of soldiers. The museum also boasts multimedia learning, including documentaries, displays, murals, and a research library. At this time, the Civil War Chaplains Museum is run by Liberty University graduate and undergraduate students in the History program. 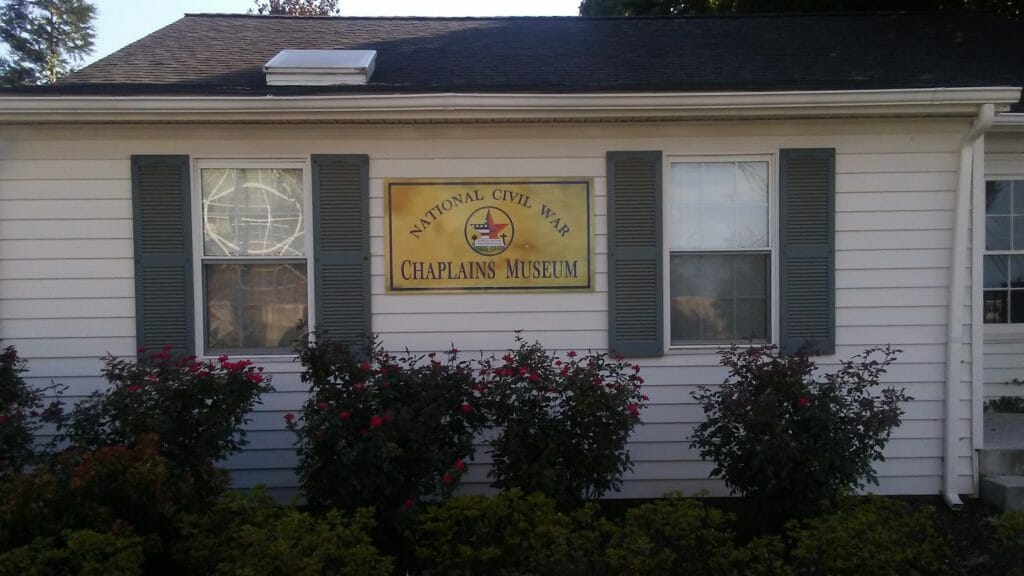 Mural and Wax Figure inside the Museum 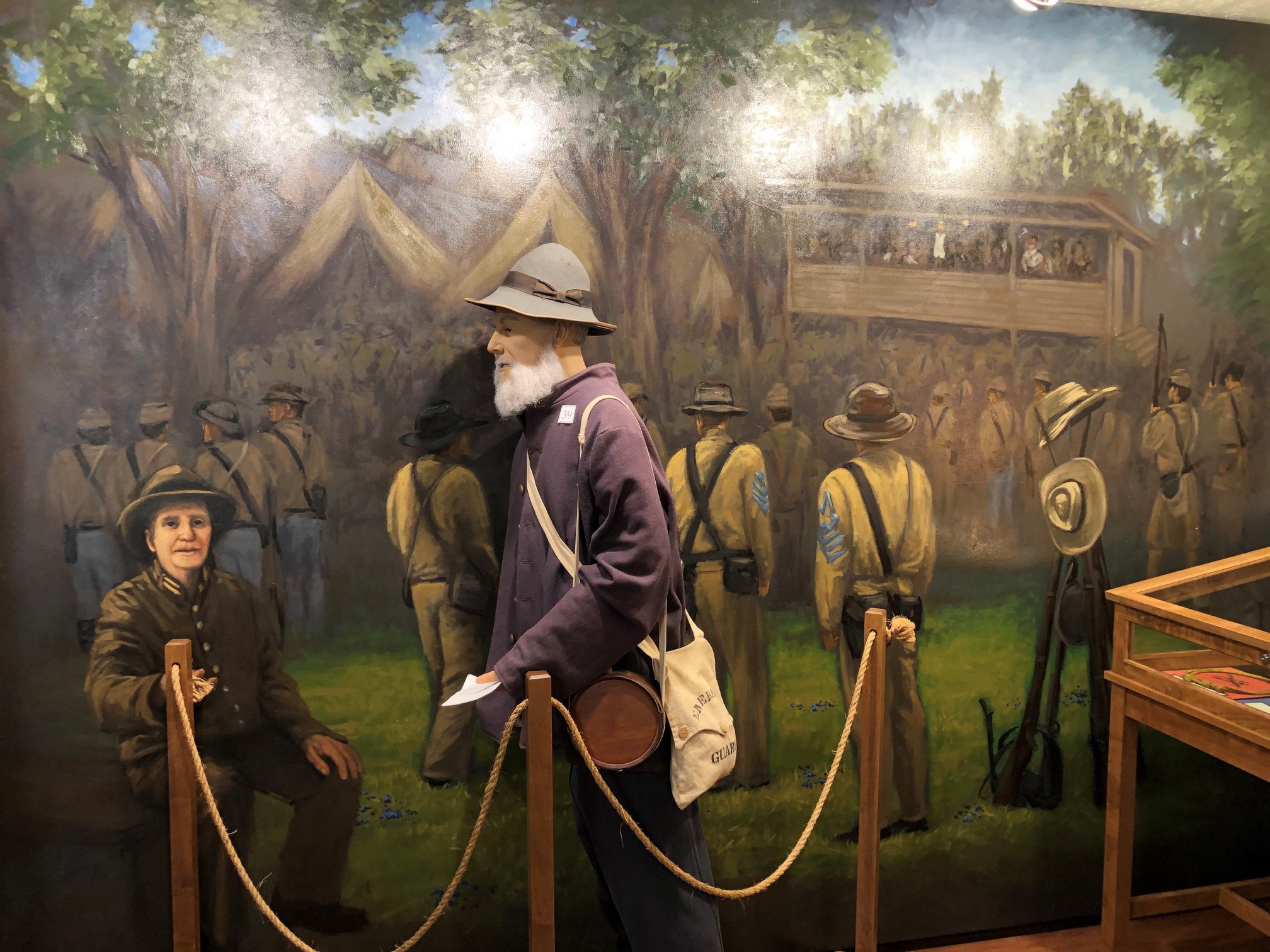 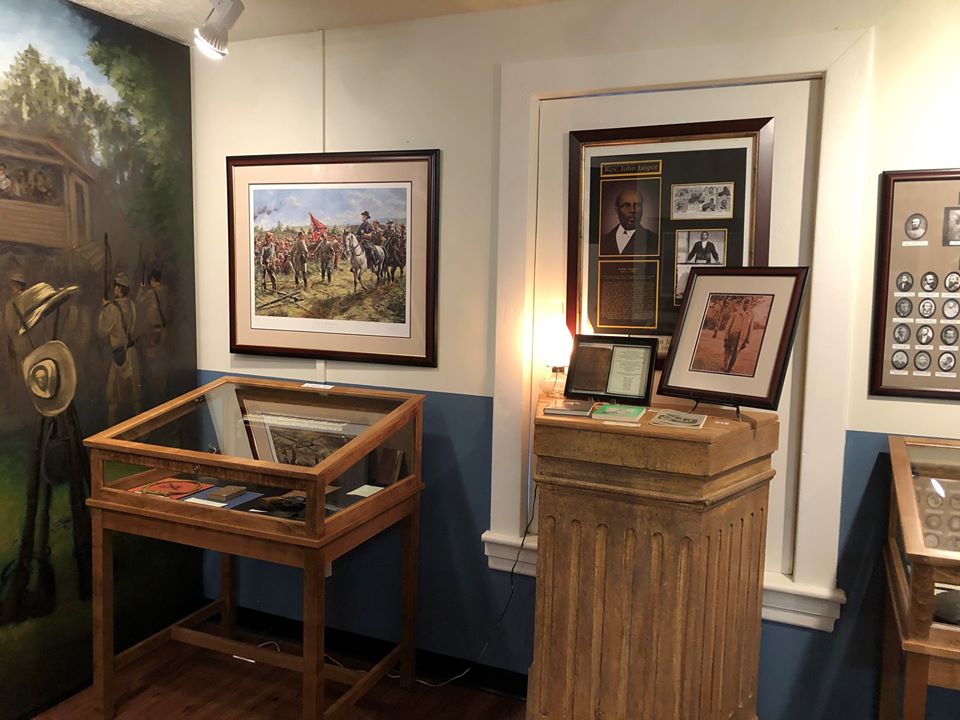 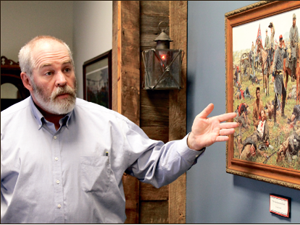 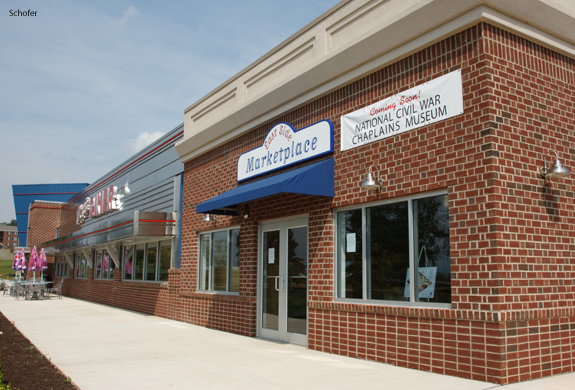 The Civil War Chaplains Museum was founded in 2005 by Dr. Kenny G. Rowlette, who taught at Liberty University for over 30 years. Rowlette taught English at LU and has a profound love for American and Civil War History, even creating a course that focused on the literature of the Civil War. Dr. Rowlette was also director of the National Civil War Chaplains Research and Museum Foundation. He also worked on special projects for the Jerry Falwell Library and helped coordinate Liberty’s Civil War Seminar which occurs each spring. Dr. Rowlette passed away in October of 2018, leaving behind an amazing legacy at Liberty.

The museum includes information about ministers, Catholic priests, rabbis, women and African Americans who served as chaplains for the United States and the Confederacy. The museum also preserves artifacts that show the influence on the lives of soldiers. Special importance is also given to the United States Christian Commission, which paved the way for the USO and Red Cross organizations. The Civil War Chaplains Museum has multimedia learning, including documentaries, displays, murals, and a research library.

The museum has had three locations its first in the Arthur S. Demoss Hall Learning Center. It was then relocated to Liberty University’s East Campus, attached to Doc’s Diner, a dining location at LU. The space is now extra seating at the dining facility. The museum now sits in the old servants quarters of Montview Mansion by the Hancock Welcome Center, where it continues to operate.