Buccleuch Mansion was constructed in 1739 and remains one of only a few colonial-era homes in New Brunswick. The home's first owner, Anthony White, came from a family that enjoyed a rich military heritage that dates back to the days of Charles I in England. Anthony's son served under George Washington. Washington and Hamilton both visited the mansion. Today the house is part of a large park operated by the Sons and Daughter of the American Revolution. 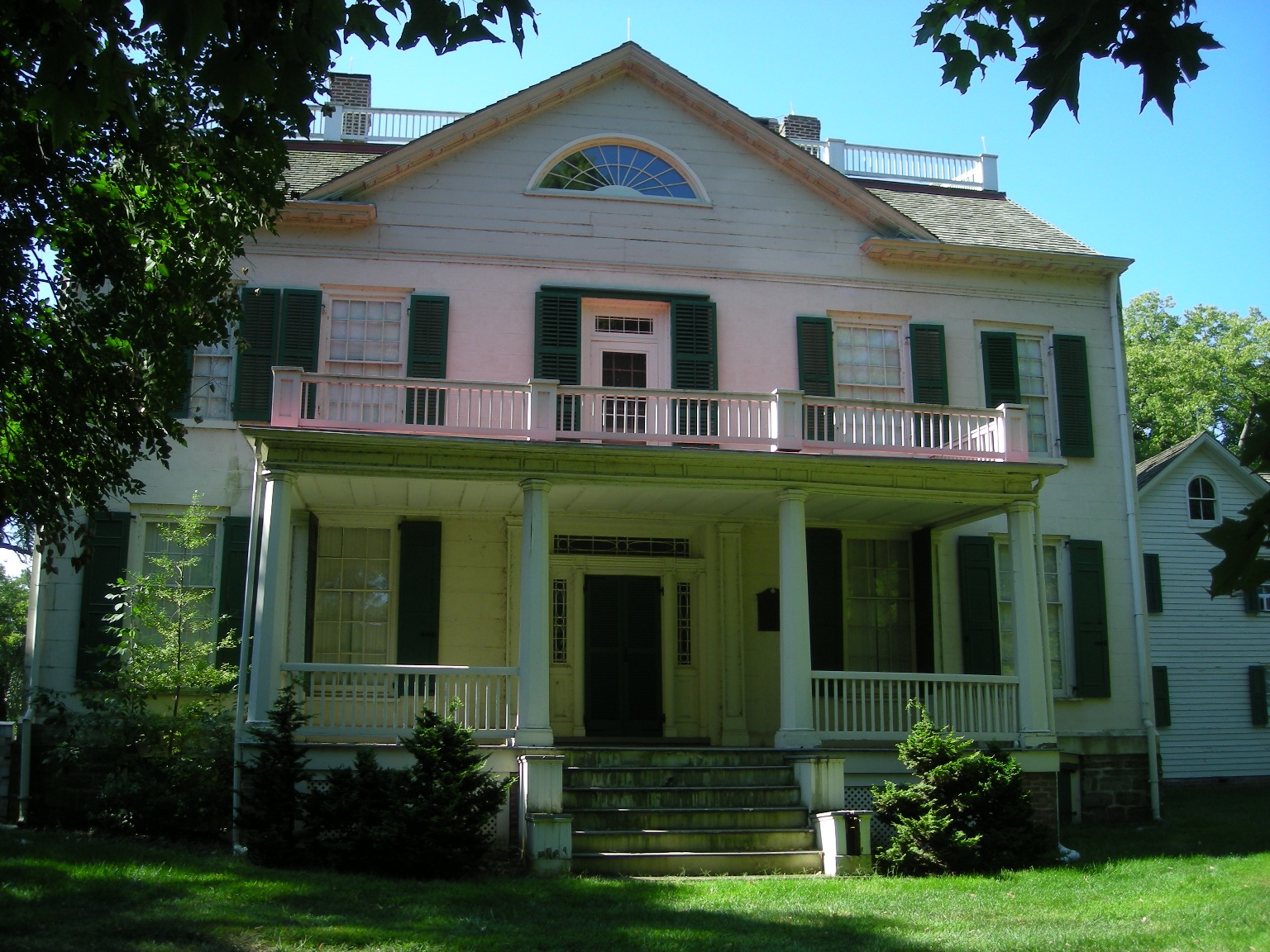 The 1739 Buccleuch Mansion is one of only three remaining homes constructed in the colonial era in New Brunswick. The home is connected to several significant figures of the American Revolution and the home's original owners were connected to some of the leading political and military figures in Ireland, Britain, and North America.

Anthony White (b. 1711) built the mansion sometime between 1734-1739 for his new bride, Elizabeth. He was the son-in-law of a former New Jersey colonial governor, Lewis Morris. Anthony White, who served as a Lieutenant Colonel in 1751 for the British, descended from a family renowned for its military and political achievements, as well as its exploration of the "New World." White's ancestors included some who fought for the Royalist cause in the time of Charles I, for William of Orange in Ireland, and at the Battle of the Boyne. Another of White's ancestors, John White, was Governor of the Roanoke, Virginia colony that Sir Walter Raleigh founded in 1587. When White returned in 1590 from a voyage for supplies, he discovered the colony had disappeared without a trance. Nonetheless, White's son, Leonard, emigrated in 1620 to Jamestown, which was established in 1607 and became the first permanent English settlement in North America:

During the 1750s and 1760s, numerous significant early Americans (as they came to be known in the following decades) such as George Washington and Alexander Hamilton visited Anthony and Elizabeth White (and their four children) at the historic home. Their fourth child, Anthony Walton White, was born at the mansion, often referred to as the White House or White House Farm on July 7, 1750. William Burton, who served as a General in the English army, purchased the home from the White family in 1774, but the next year, in 1775, Anthony Walton White became Washington's Aide-de-Camp and then Brigadier General in the Continental Army. He distinguished himself at the head of a regiment of cavalry in the army of Lafayette at Charleston and Savannah, from 1780 to 1782.

The house passed between multiple owners from the late eighteenth through the early twentieth century. Several people who lived in the mansion served in the War of 1812 and the Civil War. By 1911, the City of New Brunswick took ownership of the home and nearly 80 acres of surrounding woodlands. Today, the house and grounds are part of a park maintained by the Jersey Blue Chapter of the Daughters of the American Revolution (DAR).