A Native American legend of a creature living in Lake Manitou have been around far longer than the white settlers that took over the land. The Potawatomi tribe lived by the lake until the Meshekenabek attacked their village. The Natives fled and warned the white settlers when they came to the area. 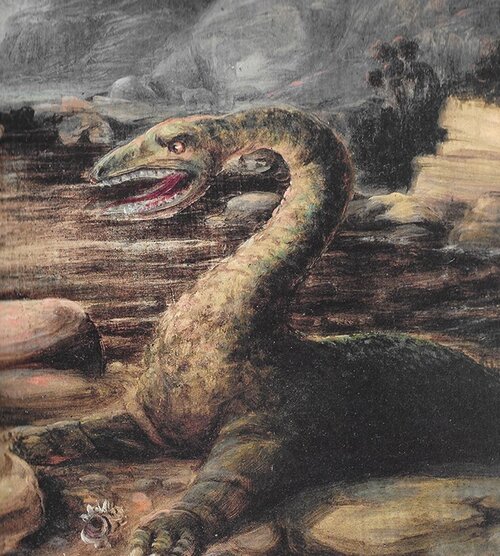 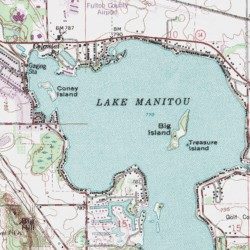 Giant Catfish, similar to that found in Lake Manitou

In 1827 the Potawatomi tribe entered a treaty with United States government granting them permission to build a grist mill on Native territory. A dam was built to make the mill more efficient and Lake Manitou was created[1]. This lake, the largest lake in Fulton County is said to be home to the Meshekenabek. A creature that has its origins with the Potawatomi tribe. It is a giant horned serpent that lurks at the bottom of lakes, its name translates to Great Serpent. The natural enemy of the great Thunderbird, it only emerges from the depths to feed on human flesh[2]. The first reported sighting was by the Potawatomi tribe. They said the creature had attacked a village by Lake Manitou. The Great Serpent wreaked havoc on the village and devoured countless Native Americans. The Potawatomi’s fled, fearful of another attack. Years later white settlers came to the lake, looking for a place to settle down. The Potawatomi warned them of the dangers of living by Lake Manitou, but the settlers didn’t listen. This story, however, was likely the tellings of the white settlers. The Potawatomi did have a legend of the Great Serpent, but they never fled from Lake Manitou, they were forced to leave in 1838. Settlers claimed to see and hear the monster in the lake for years after taking over the land, though it is unknown exactly why the settlers believed the Native myth. In 1888 a giant catfish was caught. This catfish is likely to blame for the sightings of the Meshekenabek from white settlers, as sightings of the monster have not been reported since. However, unexplained noises are still reported to be heard during the dead of night and disturbances can still be seen in the water. Whether or not the beast is gone or was even really there is called into question, but either way this Native American legend has captivated people for over 100 years[3]. Much like Loch Ness in Scotland, people travel to Lake Manitou just for the chance to see the Great Serpent. That’s what all of these stories come down to. A story captivates people. Encourages them to travel around this state in search of the unexplainable, of mystery, and of adventure. Legends give us a shared story that we can tell to travelers, to our children, and to our friends. Even if the story is about a monster or a woman in a glass coffin, people seek out stories to bind us to something greater than ourselves.