Gleaming on the south side of the City Hall of Gary, stands a statue that had been unveiled in October of 2019, only two or so months prior to the death of the same man it replicated: the late politician Richard Hatcher. Hatcher was the first Black mayor of Gary from 1968 to 1988, and this statue represents the legacy he left on this midwestern town. 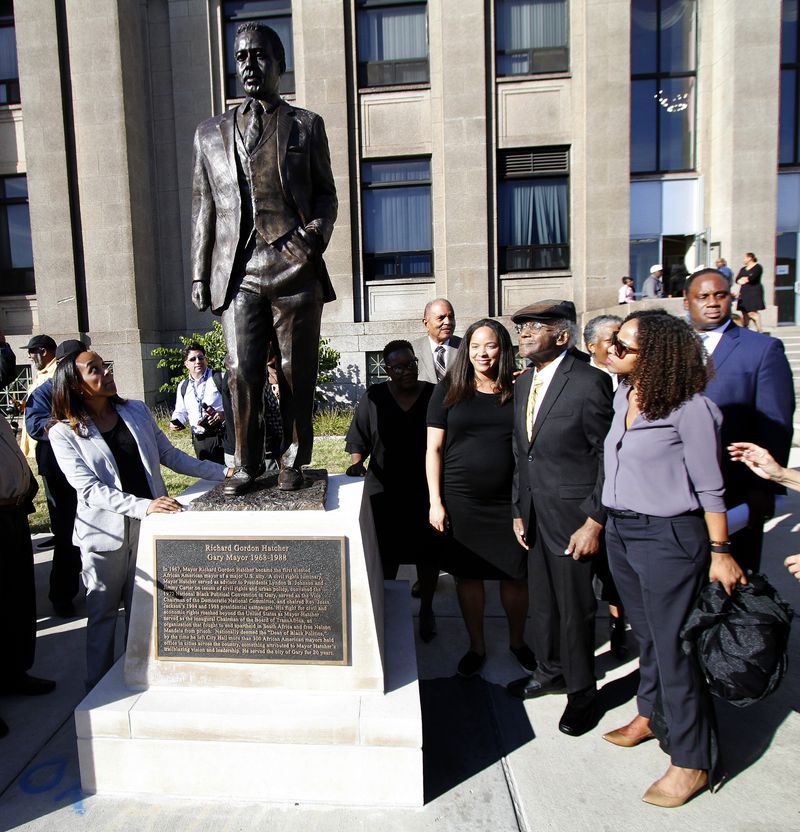 Upon the reveal of the statue, Richard Hatcher was quoted saying, “I think it’s awesome that anyone would think I was worthy of the statue to begin with... it's beautiful". Hatcher was the mayor of Gary, Indiana from 1967 to 1988, and he took over as the first Black mayor Gary has ever had. A democrat, Richard Hatcher experienced a great deal within those 20 or so years, and though it wasn't his hometown, he cared for it as such. Hatchers rise to election was one that was met with turbulent times. America was swelling with new changes happening constantly, and the rapid steps made both forward and back effected the dynamics of a once thriving town like Gary. Before Hatcher, Gary was suffering post Great Depression as their reliance on a single industry (steel) had collapsed. Gary looked like a city facing massive downward spirals with their economy, and had a legacy of already being a troubled city with political corruption, labor issues and deep rooted racism when Hatcher took over. After his election, the city saw much white flight as the year of 1968 the federal Housing Aid Act worked to eliminate the discrimination when it came to businesses and neighborhoods. What this meant, was the area Black citizens were no longer confined to one area but were able to experience their lives across the city - something to the dismay of white citizens. Truly elected with odds against him, Hatcher won despite having voter purges, intimidation, racially motivated acts of violence and overall corruption working against him and his voters (Cheers, M., 1988). Regardless, Hatcher became regarded internationally for his dedications towards being a civil rights spokesman who came to give speeches beside those like Martin Luther King Jr. Although the remains of Gary post his election was marked by an undoubtedly collapsing economy, what also remained was also a legacy. The elimination of much of the corruption in the police systems, a community that had been able to successfully remove barriers of housing and a city of people who watched someone truly care about them. "There could be no political decisions made in the City of Gary unless there was a Black or Blacks in the room” Hatcher said during an interview at his home in 2005, " “all the major decisions in the city were being made in rooms where there were no Blacks at all". Richard Hatcher was more than the laws passed, more than even the connections built from him, but he represented that Black people can be the ones with power -- even in an unlikely Indiana city.