Known today as the Old Bank Building, this historic Toano structure was constructed in 1903 and home to the Peninsula Bank. At the time of the bank's construction, Toano was experiencing economic prosperity due to the construction of a railroad through the town. The building's arched entryway and pressed-brick facade made this one of the most ornate structures in the area and demonstrate the centrality of the bank to the growing commercial center of the city at that time. For its significant role in business in turn-of-the-century Toano, the building is a centerpiece of the Toano Historic Commercial District. 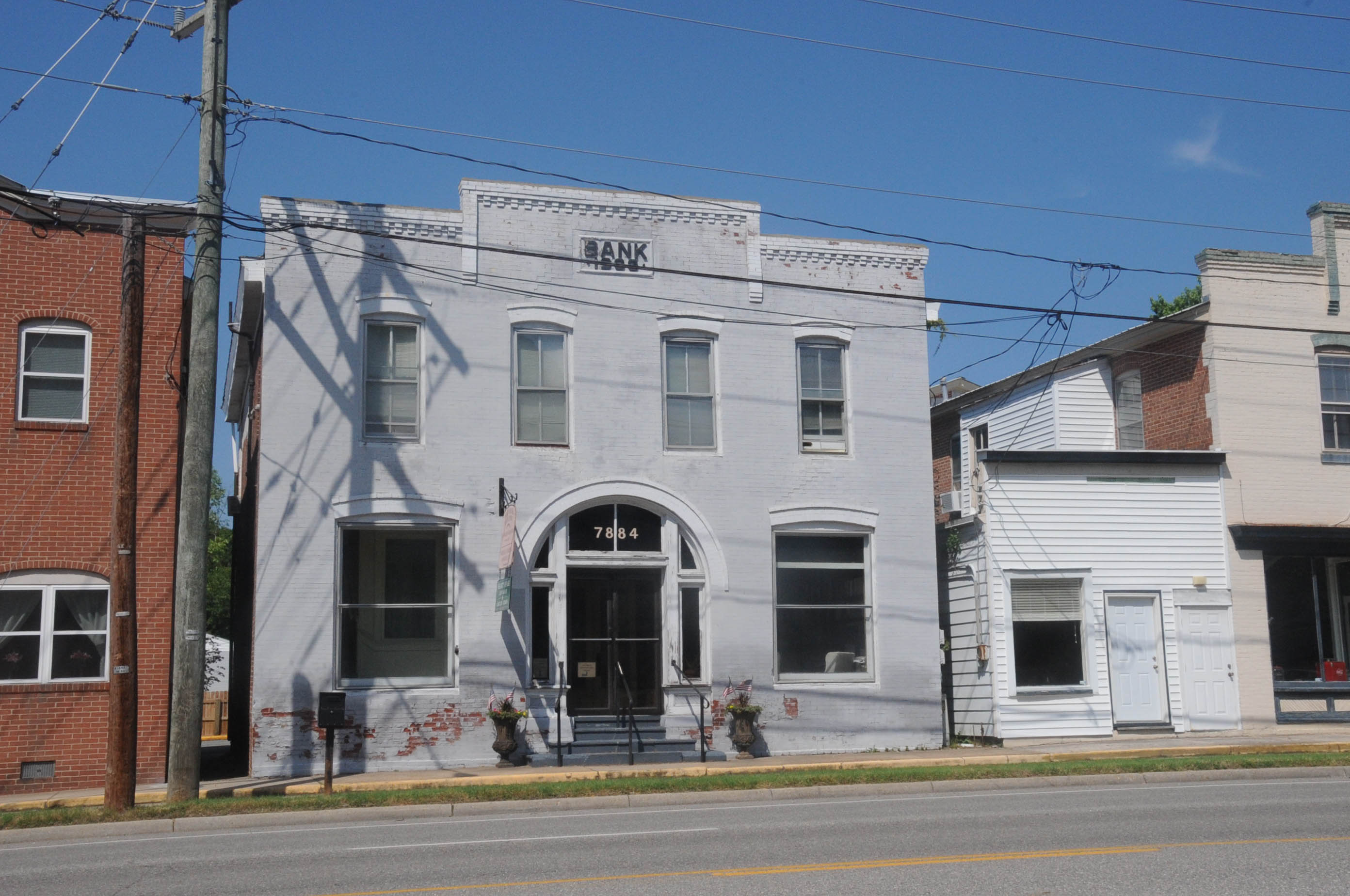 In 1881, the Chesapeake & Ohio railroad built a railroad station and ran tracks through the center of this small settlement known as Burnt Ordinary. This new railway connected Richmond with coal piers in Newport News. The railroad crew, which had previously been working in the Sierra Nevada for the Union & Pacific Railroad renamed the village "Toano" after a Paiute word meaning "high ground." The railroad provided opportunities for shipping other goods between Richmond and Newport News, and the town of Toano began to grow. As commerce expanded in Toano at the turn of the twentieth century, the establishment of the Peninsula Bank was both a sign of its success and a catalyst for further growth. Growers, businesses, and residents could seek credit from the bank.

R. Kemper Taylor, a contractor and later an architect, built the bank in 1903. It faces northeast along Richmond Road (Route 60), in what is now known as the Toano Historic Commercial District. It is a masonry structure of pressed brick with the most sophisticated design of the commercial district, featuring a protruding header course. Along the roofline of the facade runs stepped parapet. A dramatic arch hangs over a recessed entryway. Route 60 was widened in 1966, resulting in a loss of several buildings, but the bank remained.

The National Register of Historic Places recognized the Old Bank Building as part of the Toano Historic Commercial District, which includes eight other contributing buildings, in April 2019. A few months earlier, the Virginia Landmarks Register recognized the district, the first historical district to be recognized in James City County.