St. Paul’s By-the-Sea Episcopal Church was built in 1887 in Pablo Beach (now Jacksonville Beach) at Second Street and Second Avenue South. The Carpenter Gothic style of the church was popular in the seventeen "River Churches" planted in the same era around the St. Johns River, eleven of which have survived. The church is one of the oldest surviving historical structures at the beach. It is also the most moved, having been planted in four locations, two in Jacksonville Beach and one in Neptune Beach. Its final move was from Neptune Beach to this location in 2012. The deconsecrated church is now known as Beaches Chapel and is available for rental. 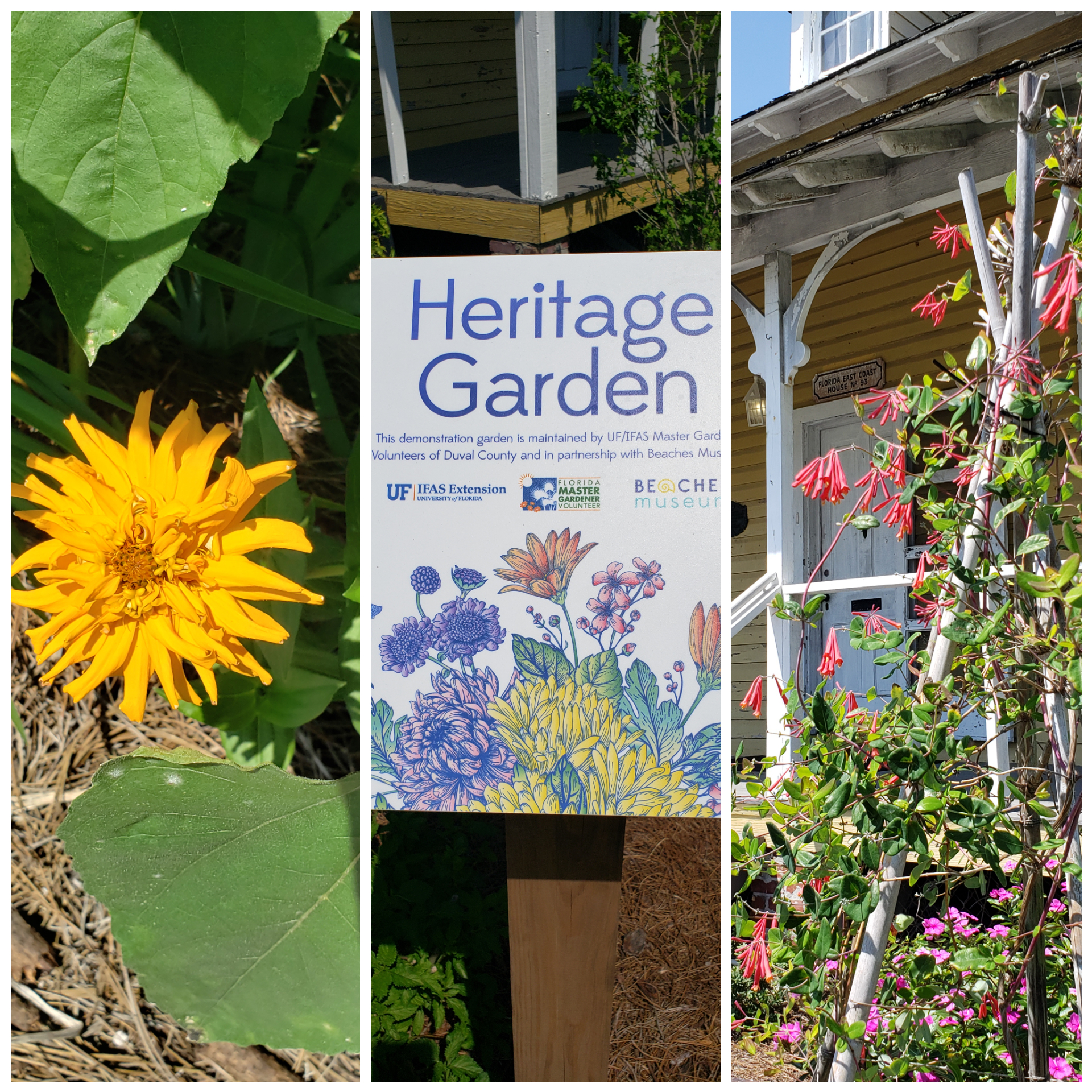 The garden was established in 2008 by 2 Master Gardeners, Marilyn Wilson and Sylvia Simmons. In February 2008, a partnership with the Beaches Museum and the Duval County Extension Master Gardener Volunteer Program was proposed to create a Demonstration Garden. The purpose would be to demonstrate a sustainable kitchen garden, circa 1920, and to educate the community on the history of edible landscapes and sustainable garden practices. The Demonstration Garden was named the “Heritage Garden”.

The Beaches Museum is operated by the Beaches Area Historical Society which was formed in 1978 to preserve the history of the beaches communities of Mayport, Atlantic Beach, Neptune Beach, Jacksonville Beach, Palm Valley, and Ponte Vedra. The Beaches Area Historical Society provides for the preservation of the historic buildings, the archives and the collection, and its availability to visitors and residents of the beaches.