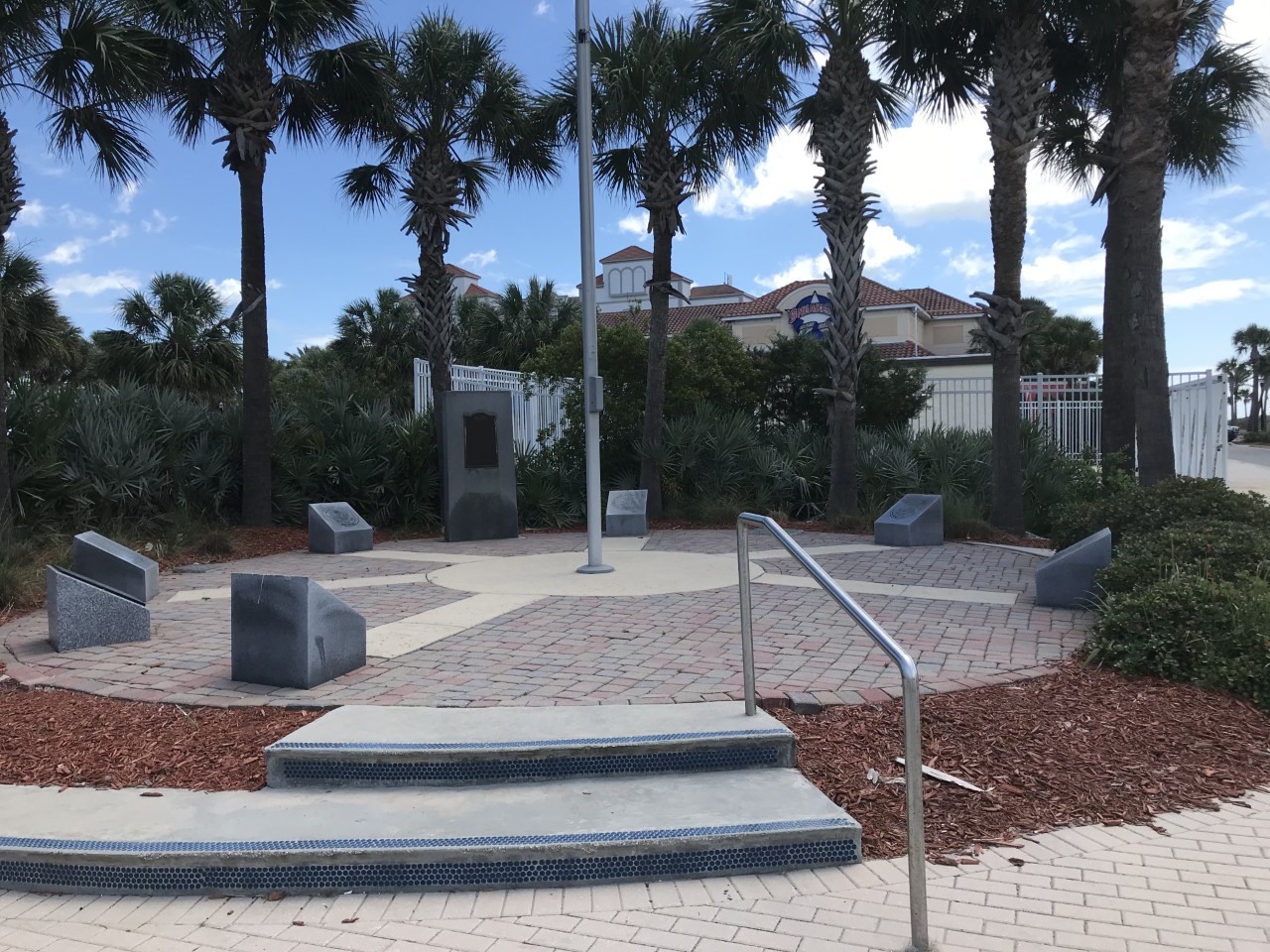 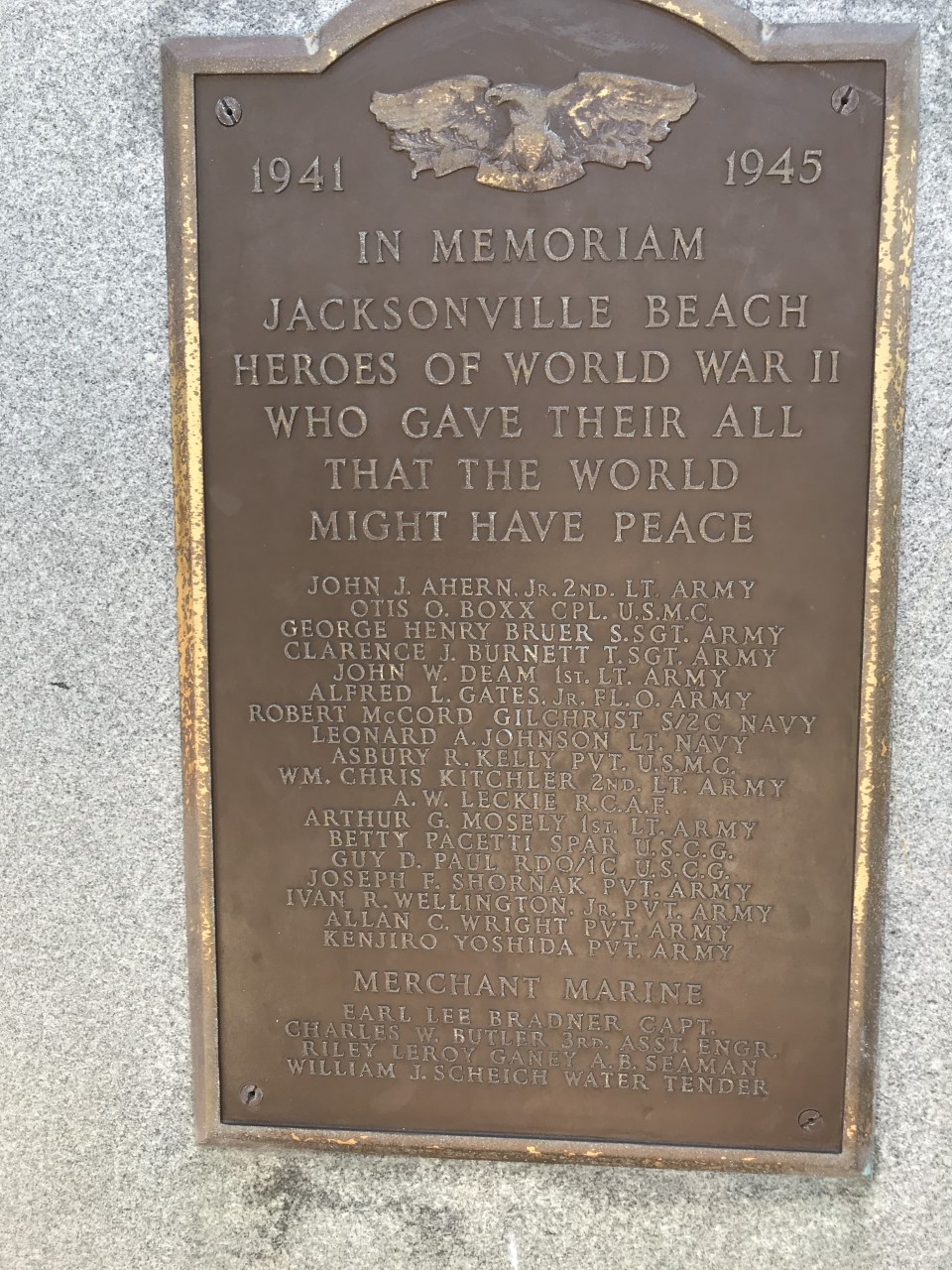 In 1944 the New Jersey Council of Garden Clubs established a Blue and Gold Star Memorial Marker program to honor veterans of all branches of the Armed Forces of the United States. The following year this program was expanded by the National Council of State Garden Clubs into a Blue Star Highway system. Adopted by individual States, these markers are now found throughout the Continental United States, Alaska, and Hawaii.

The “Blue Star” reflects the small banners seen during World War II in windows of homes with family members in Service. If one of those soldiers, sailors, or airmen were killed, the Blue Star was covered with a slightly smaller Gold Star. These banners were abundant during World War II and the Korean Conflict, occasionally seen during the Vietnam War era, and have experienced a slight revival since 9-11 and the War on Terror.

The Beaches area has a long tradition of supporting the military forces. In the Second World War alone, beach citizens saw service in each branch of the Armed Forces, and the Merchant Marines. One citizen lost his life on active service with the Royal Canadian Air Force.

The Blue Star Memorial Highway banner on the Museum’s grounds is a fine reflection of the beaches area citizens’ dedication to community, state, and national Service.

There are additional memorials to those who lost their lives in World War II two blocks east of the Beaches Museum at the corner of Beach Boulevard and Second Street North.