The historic Okanogan County Courthouse is situated prominently on a hill overlooking downtown Okanogan. Erected in 1915, the structure is significant for its architecture and the role it has played in the county's history. Designed by Spokane architect George H. Keith, it is an excellent example of Mission Revival architecture, which was popular throughout the Southwest. The three-story-tall building features a large clock tower with a decorative cupola, a grey stucco exterior, curved parapets (the top portion of exterior walls), red roof tiles, and arched windows on the third floor with multi-paned sashes. When it was built, the courthouse signified that the county was well established, having made the transition from a pioneer town to a permanent community. The courthouse was added to the National Register of Historic Places in 1995.

Okanogan County Courthouse was built in 1915 and is a fine example of Mission Revival architecture. 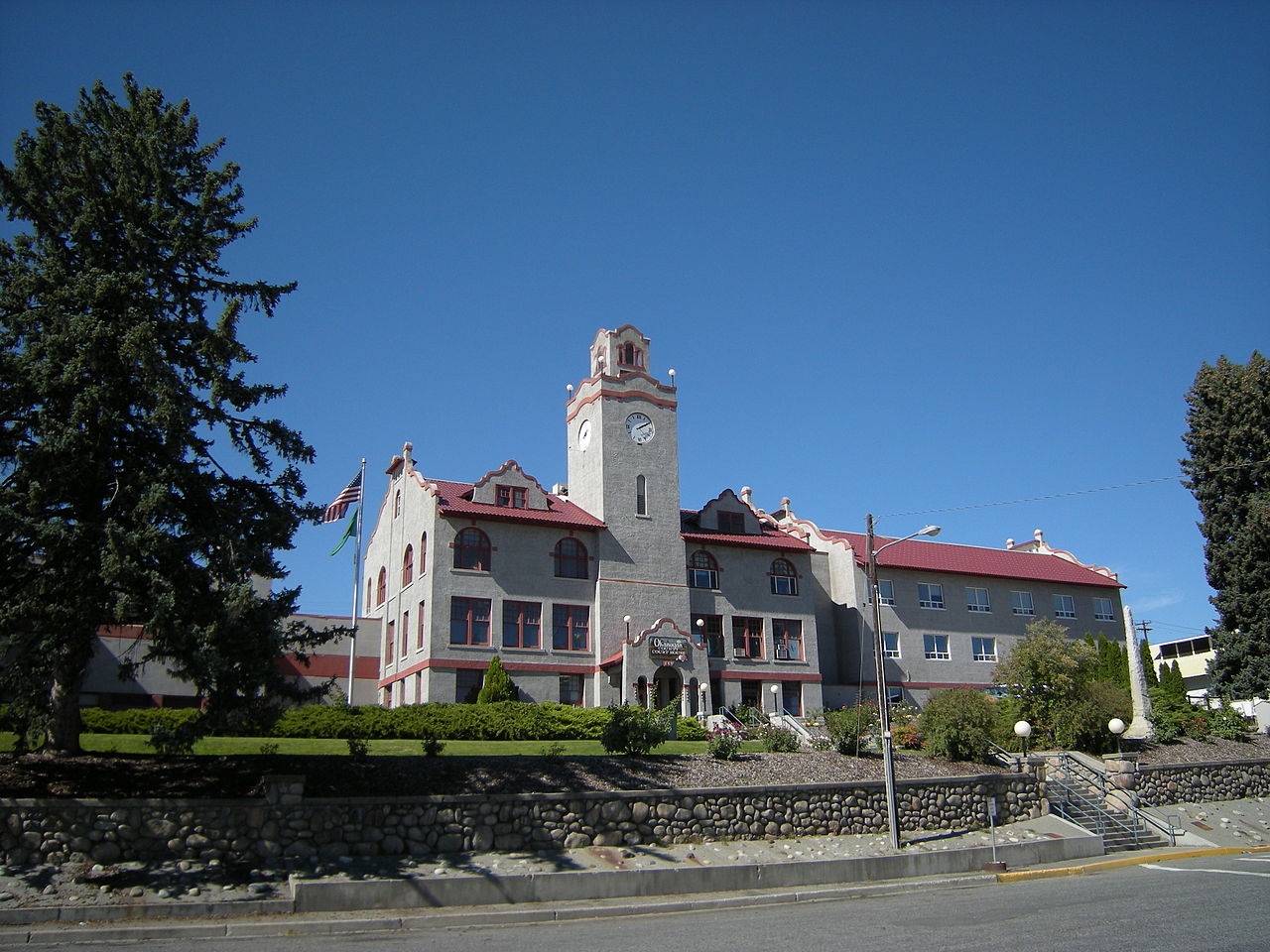 Okanogan County was established in February 1888 and the the county seat was temporarily designated to the town of Ruby. In November, Conconully was chosen to be the county seat, where the first courthouse was built in 1891. In the coming years, other towns including Omak and Okanogan called for the county seat to be moved. County residents voted in favor of Okanogan in 1914 and county offices opened in December of that year in a few old buildings. The current courthouse building officially opened on January 14, 1916. An addition was built in 1950 to accommodate the growing needs of the community. In the 1990s, the courthouse was in need of repair and there was talk of it being torn down to make way for a new building. Fortunately, the building was preserved and renovated so that it remains in use and also serves as a link between the community's past and present.