Lake Chelan Dam is a historic dam built in 1927 as part of the Lake Chelan Hydroelectric Project, which generates electricity for Chelan County. The dam is 40 feet high and 490 feet long and features eight spillways. The water released from the dam travels down the Chelan River and then into the Columbia River. The other part of the project—the Lake Chelan Powerhouse—is located at Chelan Falls 32 miles to the south, where the rivers meet. Visitors can view the dam from this vantage point on the southern side. A trail leads to it from the Chelan Butte Trailhead, which is located at the intersection of Iowa Street and Chiari Falls Road. The project was added to the National Register of Historic Places in 1988 for its advanced 1920's technology and impact on the surrounding region.

Lake Chelan Damn was built in 1927 along with the powerhouse, which is located 32 miles to the south. 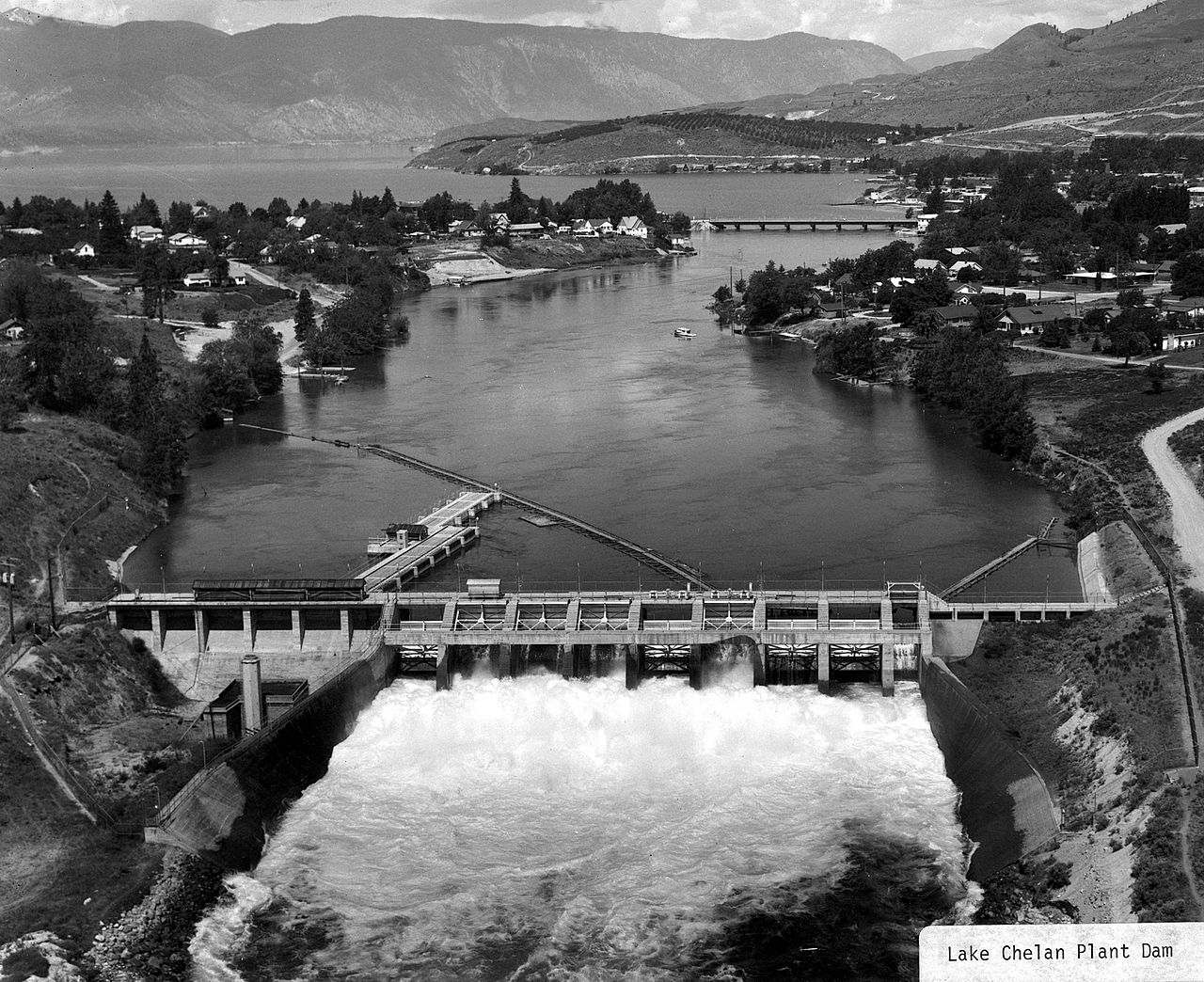 The powerhouse is located in Chelan Falls. 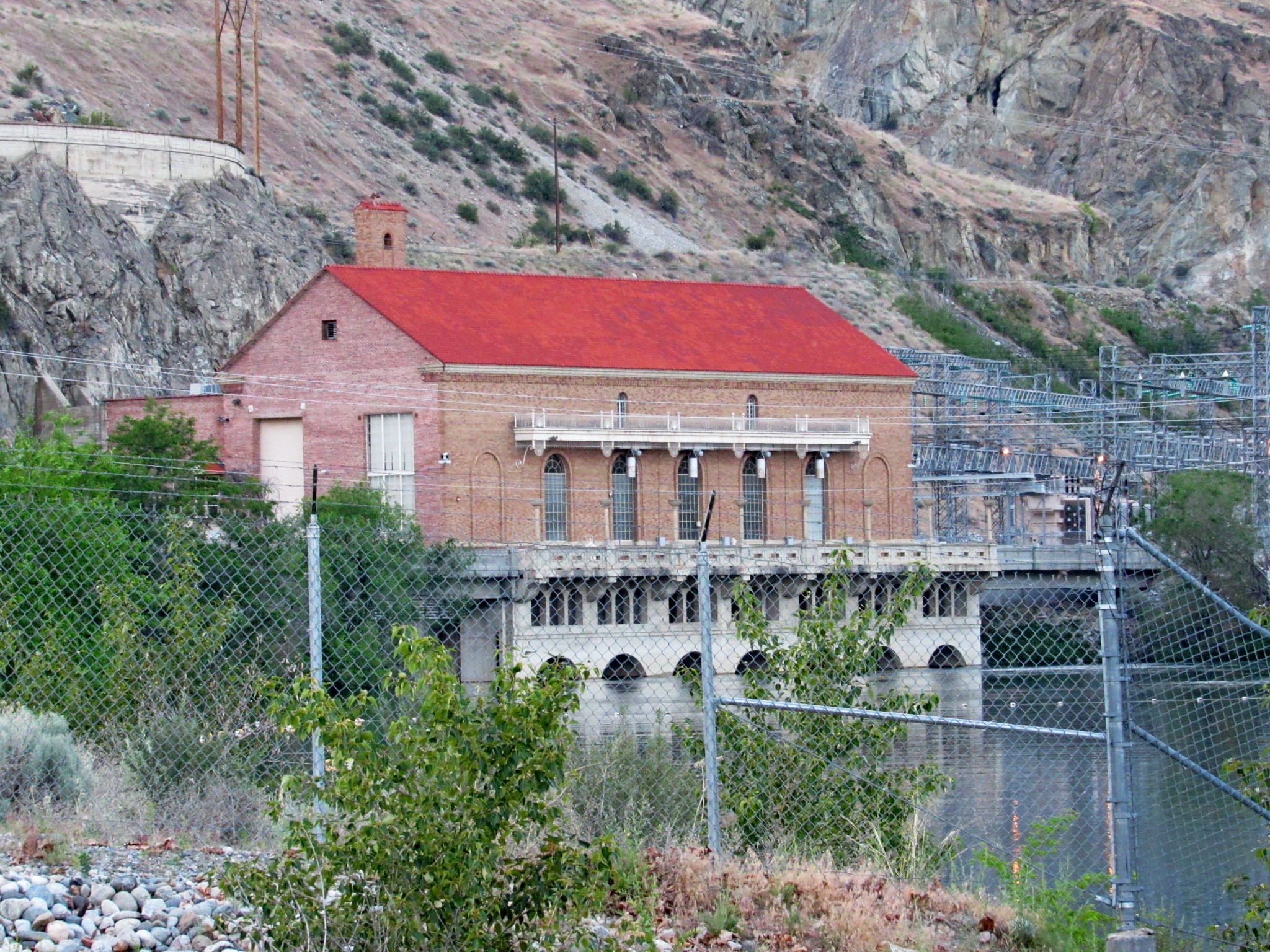 Lake Chelan existed long before the first damn was built in 1892. In fact it helped balance the flow and fluctuations of the Chelan River, which drops around 350 feet as it reaches the Columbia River. The combination of this drop in elevation and the lake made Chelan a great location for a hydroelectric power plant. The purpose of the first dam wasn't to generate electricity but to facilitate navigation to the city and supply water to south Chelan. Unfortunately, this dam was destroyed in a flood in June 1892. Another, bigger dam was built in 1893 to allow steamships to reach the city but a flood in 1894 destroyed that one as well.

Construction of the first dam built for power generation began in 1899 by the Chelan Power Company. It was completed in 1903 and Chelan "turned on its lights" for the first time in May of that year. The present dam and powerhouse were built in 1927 after two years of construction. Its design included advanced design and engineering for the time including a special intake tube, a long tunnel that connects the dam to the powerhouse, and generators with a closed air cooling system.

The tunnel is and about 2.2 miles long, and only a part of it is visible near the powerhouse where turbines and generators are located. The turbines are rated over 42,000 horsepower and rotate 300 times per minute. The current generators produce 62 megawatts and were installed in 2009 and 2010.