The interurban line in Richmond connected the city to Indianapolis and into Ohio. The section west of Centerville which utilized this tunnel was completed in 1903 and used well in the 1910's. The tracks were converted to non-electric rails in 1921 and was used until 1940 for freight trains run on coal. The Richmond Street Company was bought up by the Terre Haute, Indianapolis, and Eastern Traction Company in 1908. The grade of the tunnel was raised in 1909 to foster travel of more frequent trips though Wayne county. The line track was then curved back west to connect to larger lines with greater use capacity. 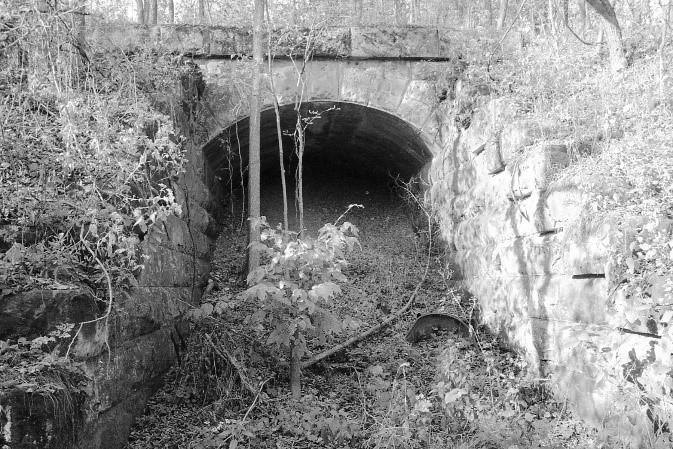 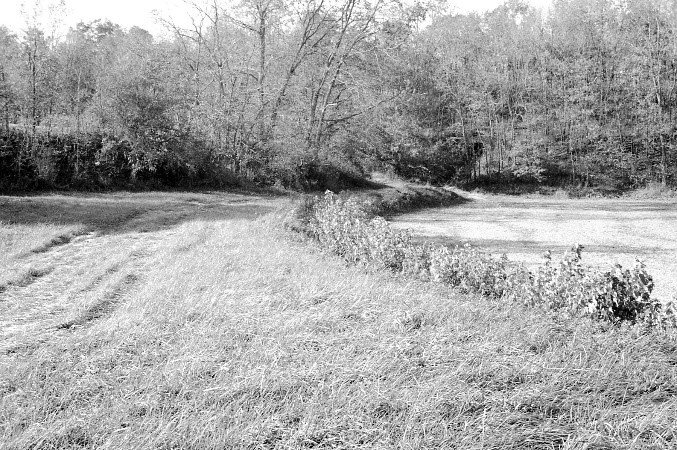 Over 400 miles of tracks were connected on the Richmond Street Interurban Railway Company route. This tunnel just outside Milton and Centerville, Indiana served as a key juncture to those electric railways passing through Wayne County. Most of the tracks ran alongside the old National Road, today named US 40, just as this tunnel does and helped transport people throughout the state of Indiana and into surrounding areas.

Constructed in 1907 with stone and cement under farmland, the tunnel allowed electric lines to avoid the high number of streams and small lakes in Jackson Township. The aquafiers found underground near the tunnel were drained and diverted which caused several farmers to file a complaint with the town of Milton as it was the nearest register to the tunnel. Currently, the Pinhook drain, Brethren Run, and Black Water Branch all feed into aquafiers near the tunnel. The railway tracks in the tunnel were switched from electric to non-electric after the Richmond company was bought out by a non-electric railroad company. The town continued to experience the access to goods from the trains passing through but less of the people. The some of the iron tracks were dug up and used in metal drives during the second world war, others were buried as travel shifted from trolley to bus lines on US 40. However, before trains stopped running through the tunnel in 1930, many small unincorporated towns began to spring up along the route such as Pinhook, College Corner, and Penneville, Indiana. The cargo trains which used the tunnel until 1937 transported goods such as lawnmowers, farm machinery, and even livestock to and from the county seat of Richmond. After 1937, many railroad companies, not just interurbans, were forced to piece apart under the Public Utility Anti-Trust and Anit-Monopoly acts in the mid 1930's. The company which had purchased the Richmond Railway decided to use the larger cargo tracks closer to town and as economic conditions continued to batter commerce, fewer trains were crossing from Ohio into Wayne County, Indiana. Fewer trains meant fewer tracks were needed and the tunnel was forgotten. In a county survey by state archaeologists and historians, the tunnel's location was rediscovered and documented in 2001.

Not everyone was happy about the convience of the interurban and the spread of urbanites into more rural areas. One woman, feminist prohibitionist Carrie Nation, made multiple visits to Richmond, Indiana to protest and criticize the atmosphere on the trains. On September 30th, 1908, less than a year after the tunnel's completion, she claimed to have stormed a train car and interrupted a poker game, throwing the cards out of the window. Nation's husband was originally from Richmond, and was said to have helped her storm the town depot and smash the bar (possibly her first hatcheting of a bar). During a 2010 expansion of the US 40 highway in Richmond, the tracks of the Richmond Street Interurban Railway company line were uncovered on the west side of town. The site of the old depot has yet to be located and the tracks were removed and the highway was expanded, cementing the last anachronism of the interurban in Richmond.