Gustave Niebaum, a Finnish immigrant and sea captain, arrived on the West Coast of California in 1879. After purchasing land from a California law professor and judge, he founded Inglenook Winery. Over the next several decades, Captain Niebaum experimented with identifying the ideal temperature for aging wine. Inglenook’s grand chateau was completed in 1879.

Inglenook Winery, circa 1887, upon the completion of the grand chateau 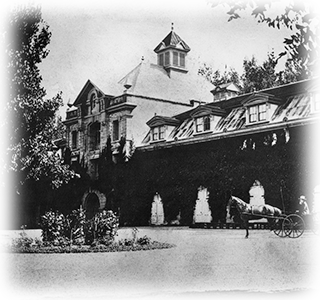 The vineyard in 1979, during the centennial (100th anniversary) of winemaking at Inglenook 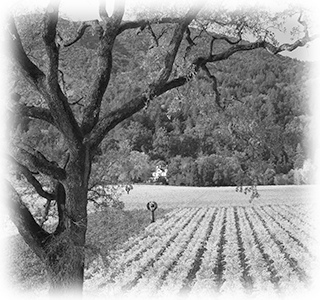 Grand Chateau at Inglenook Winery is restored in 1997 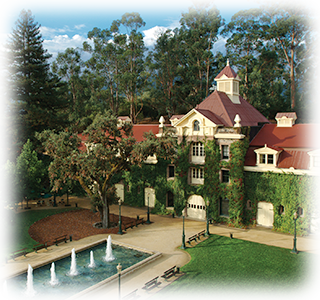 In 1989, genetic testing revealed that the grapes used to make the Coppolas' "Rubicon" wine were genetically the same as those from original vines imported from Europe by Niebaum in the 1880s. 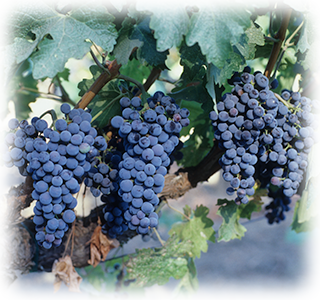 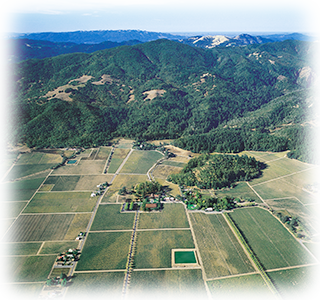 Winemaking at the grand chateau at Inglenook 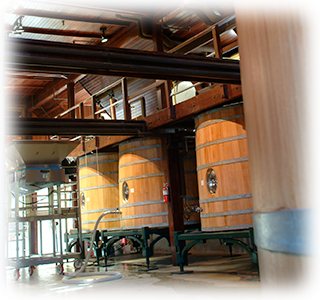 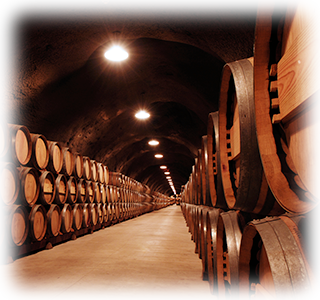 In 1879, Gustave Neibaum arrived in Rutherford, California, from Finland with plans to create a winery like those that he had known in his native Europe. A businessman and wine expert, Niebaum was well-traveled as a sea captain. Captain Neibaum had acquired a sizable personal fortune, and he was able to buy the Inglenook estate from Judge S. Clinton Hastings, the founder of the Hastings Law School at the University of California. Neibaum hired the San Francisco architect William Mooser to design an elegant chateau for the property, while hiring Hamden W. Macintyre to oversee the winery design.

In 1882, Inglenook released its first vintage. Together, Niebaum and McIntyre created an experimental wine cellar by digging into a hillside behind the chateau. They sought to achieve an ideal temperature for aging Inglenook's wine, between fifty-five and sixty degrees Fahrenheit. They planned to then use this information within their new wine cellar, which was being constructed in the chateau. The chateau was finally completed in 1887, and by the end of the nineteenth century, Inglenook's guest register included dignitaries such as President Benjamin Harrison, who drank Inglenook wine on a visit to the winery in 1891. By 1901, the Southern Pacific Railroad was selling bottles of the popular Inglenook Claret to its passengers for a fee of sixty cents per bottle.

When Niebaum died in 1908, Inglenook ceased production for several years. However, winemaking resumed under the new ownership of Niebaum's widow, and later under the ownership of Niebaum's great-nephew, John Daniels, Jr. During the Panama Pacific International Exposition of 1915, Inglenook's wine won 19 medals at the opening of the Panama Canal. But during Prohibition, which lasted from 1919 to 1933, Inglenook emptied its vats and barrels and instead sold its fresh grapes directly for home consumption. When Prohibition was finally repealed, however, the vineyard kicked off an all-day celebration which attracted crowds of people. By the 1940s, Inglenook had reached a level of renown in the U.S. and Europe that rivaled the famed European wineries. Because World War II had interrupted the importation of wine from Europe, California wineries such as Inglenook were able to boost production for the American market. Meanwhile, Inglenook's Cabernet Sauvignon, which was released in 1941, won many accolades. Decades later, it was also dubbed "the wine of the century" by Wine Spectator.

By the 1960s, however, Inglenook's motto of "Pride, Not Profit" left the company struggling with aging equipment in a climate of high competition. In 1964, the winery was sold, although the family kept part of the land. In 1975, this remaining land entered another phase of ownership, when it was purchased by the acclaimed Hollywood film director Frances Coppola and his wife, Eleanor. In 1978, the Coppolas released their first vintage, a red Bordeaux-style wine called "Rubicon", which named after the river that was notoriously crossed by Julius Caesar marking a point of no-return. The Coppolas began calling the property the Niebaum-Coppola Estate Winery. In 1989, genetic testing revealed that the grapes used to make the "Rubicon" wine were indeed genetically the same as those from the original vines imported from Europe by Niebaum in the 1880s.

In 1995, the Coppolas were able to purchase the original chateau that had been previously sold off. This reuniting of the grand chateau with Inglenook led to a major restoration of the chateau. To celebrate its restoration, a gala was held featuring an outdoor screening of the silent film Napoleon while an orchestra played the film's score, famously composed by Francis Coppola's father, Carmine Coppola. In 2011, the Coppolas acquired the trademark for the use of the name Inglenook and thereafter restored the original name of the winery. Since then, Inglenook has been enjoyed by a new wave of visitors who come for a taste of the wine as much as for the vineyard's history and heritage.