Dedicated in 2009 and built with funds from a successful November 2006 school bond referendum, Gladys Noel Bates Elementary honors a civil rights pioneer. Bates was a local educator who filed a lawsuit in 1948 charging salary discrimination against Black teachers and principals. The successful lawsuit pushed the state of Mississippi closer to equal pay and equal conditions in the years leading up to desegregation of the public schools. Bates passed away in 2010, but was able to see her legacy honored with the dedication of this school. 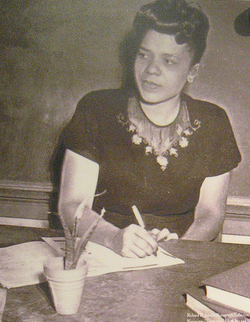 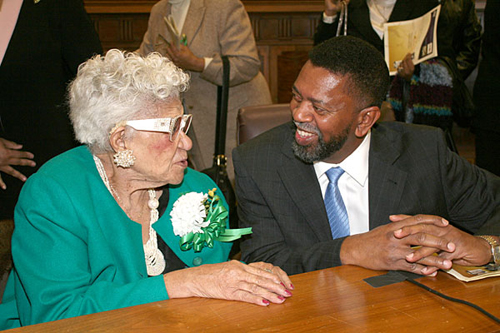 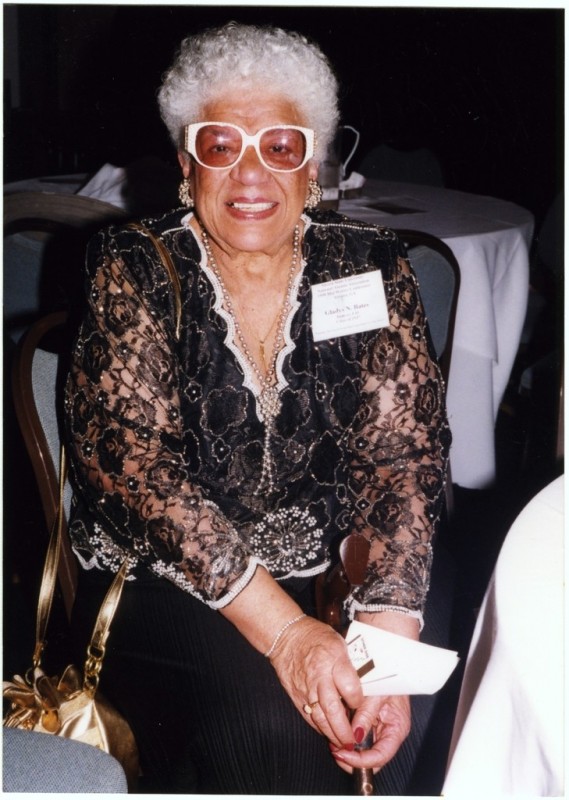 In 1948 although white and Black teachers had equal education, experience, and teacher certification, Black teachers were being paid one half the salary of white teachers. The Mississippi Association of Teachers in Colored Schools (MATCS) and the Jackson Chapter of the NAACP decided to take the state of Mississippi to court in a teacher equalization pay lawsuit. They chose an educated community activist, teacher, and mother of two Gladys Noel Bates to be the plaintiff in the case. After selecting a plaintiff the NAACP chapter asked Thurgood Marshall to serve as chief counsel for the case and asked them to assist them with the search for a good lawyer for the case.

Before the group could decide on a lawyer for the case Attorney Marshall encouraged the group to fundraise and said they could not proceed with filing the lawsuit until they raised at least $5,000. The group had to proceed with caution for they could all lose their jobs for just talking about the idea of filing a lawsuit against the state of Mississippi. The teachers came up with the idea to raise their teacher dues to assist with the filing and lawyer fees. The MATCS created a welfare and benevolent fund to organize the money that was being collected for the case. The even took out a saving account at Tri-State Bank located in Memphis, Tennessee to hide the money.

The next step after collecting enough money was to select a lawyer. After months of a search Attorney James A. Burns from Meridian Mississippi agreed to take the case. He was paid $1,500 for four years of service along with an allowance for bus fare and meals. The lawsuit was officially filed on March 4, 1948. Mrs. Banks and her husband were fired at the end of the school year once word spread that they were challenging the state of Mississippi for equal pay. Others were split those who supported their actions did so in secrecy for fear that they too would lose their jobs. But several other teachers who expressed favorable opinions about the suite were also fired from their teaching positions.

The lawsuit was in litigation for four years and the MATCS and the NAACP were constantly looking for sources of money to continue the fight for equal wages.  In 1951 the United States Supreme Court refused to hear the case on the bases that all administrative remedies had not been exhausted as stated in Cook vs Davis. After further research Attorneys Marshall and Meridian instructed Bates to take the issue of equal pay with the local school board. Of course that didn’t work so Bates and her supporters went to the county board of education where they were heard but no actions were made to change the pay of Black teachers in the State of Mississippi. The issue was then taken up with the State Board of Education were the issue of teachers was addressed first on a month to month and eventually to a on a year to year basis.

In the long run this was the first civil rights suit filed in the state of Mississippi. For Black teachers this was a moral victory because throughout the four years of litigation they began to see a pay increase. By the end of 1951 equal salaries became a reality for all teachers in the state of Mississippi. Without Mr. and Mrs. Bates sacrifices to file the suit and to gain support from the MATC and NAACP and encourage others to speak out this would have never happened.