Freight depots dotted the landscape across the state as electric tracks expanded from passenger lines to include cargo and commercial services. Machinery for farming, foods and goods, and coal were often brought on the electric lines owned by the Northern Indiana Traction Railroad company and the Northern Indiana Electric Railroad company which joined together in 1908. The two lines covered the entire northern third of the state and connected hundreds of small towns and cities to hubs like Chicago, Detroit, and Toledo. Once past Indiana's state lines, these lines transferred to other electric interurban tracts and eventually to coal/steam run lines. 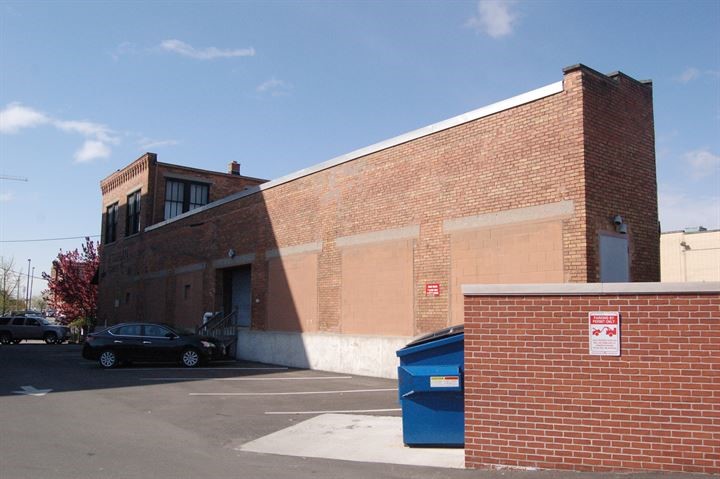 This depot at 222 Pearl Street, Fort Wayne, Allen county, Indiana in old downtown Fort Wayne, now serves as a coffee shop (Utopian Coffee), was once the hub of electric interurban trolleys which were selected for services instead of passenger cars. The traction line began servicing the Allen county area in the fall of 1904 and lasted until 1935. As part of the Indiana Railroad system conglomerate, the traction company was part of over 800 miles of track crisscrossing all parts of the state and as part of the electric line, the company survived the Indiana Natural Gas Bust. Eric Fischer described the interurban sprawl as " since 1902...more than 13,000 miles of tracks and business [Indiana, Ohio, and Illinois]...the growth of the electric interurban railways has been wonderful" (Fischer 6).

Unfortunately, the last service trolley car was destroyed in a crash on September 8th, 1941 in a crash with the last operable interurban passenger trolley car in Columbus, Indiana. The Fort Wayne and Northern Indiana Traction Railroad was declared insolvent after 1936. So many of the interurban railways which once criss-crossed the state were either transitioned into bus lines as highways expanded, or freight lines for goods to try to keep the flow of commerce continual through the Depression and into World War Two. The tracks not transitioned to non-electric were often donated for scrap drives or paved over for highway expansions.

After 1939, no electric streetcars went to Fort Wayne, passenger or freight. The tracks were taken up to help the metal drives during the second world war and the electric lines were reused by the city to form telephone lines in the 1950’s for the expanding suburban neighborhoods. The depot remains the last physical structure from the interurban lines within the city. This line would have carried limestone and crops across the state and helped grow the city of Fort Wayne during the early twentieth century.

Through a combination of legislation, economic depression, and automobile popularity, the electric interurban railways of Indiana began to fade away and in their place rose the freight railway lines and buses which service the state to this day. Some communities faltered from the loss of interurban lines but adapted their access to goods and transportation. Others, who had lost much of their population to the larger communities on the lines, kept remnants of the lines and repurposed them in ways to serve their needs.

The passenger train business in Indiana tapered off not just at the loss of interurban electric lines but with the expansion of the highway system and popularity of cars and buses. Hoosiers moved on and adapted, as they always do.