Erected in 1902, this historic home is significant for its association both for the man for its first occupant, Richard Hinton Lord, and its builder, Edwin F. Christie. Both men made important contributions to the development of Chelan and the surrounding communities in the early 20th century. Christie lived in the house until 1904 and Lord lived here from 1906 to 1918. Christie was a mine developer, orchadist, painter, and a part owner of a hardware store and furniture company. Lord was a prominent real estate developer and agent best known for developing an irrigation system on the northern side of Lake Chelan. The house is also significant for its Queen Anne architecture. It features a porch on the first floor and a smaller porch second floor that is supported by two large classical columns. It remains a private residence today.

The Richard Hinton Lord House was built in 1902 and is a fine example of Queen Anne architecture. 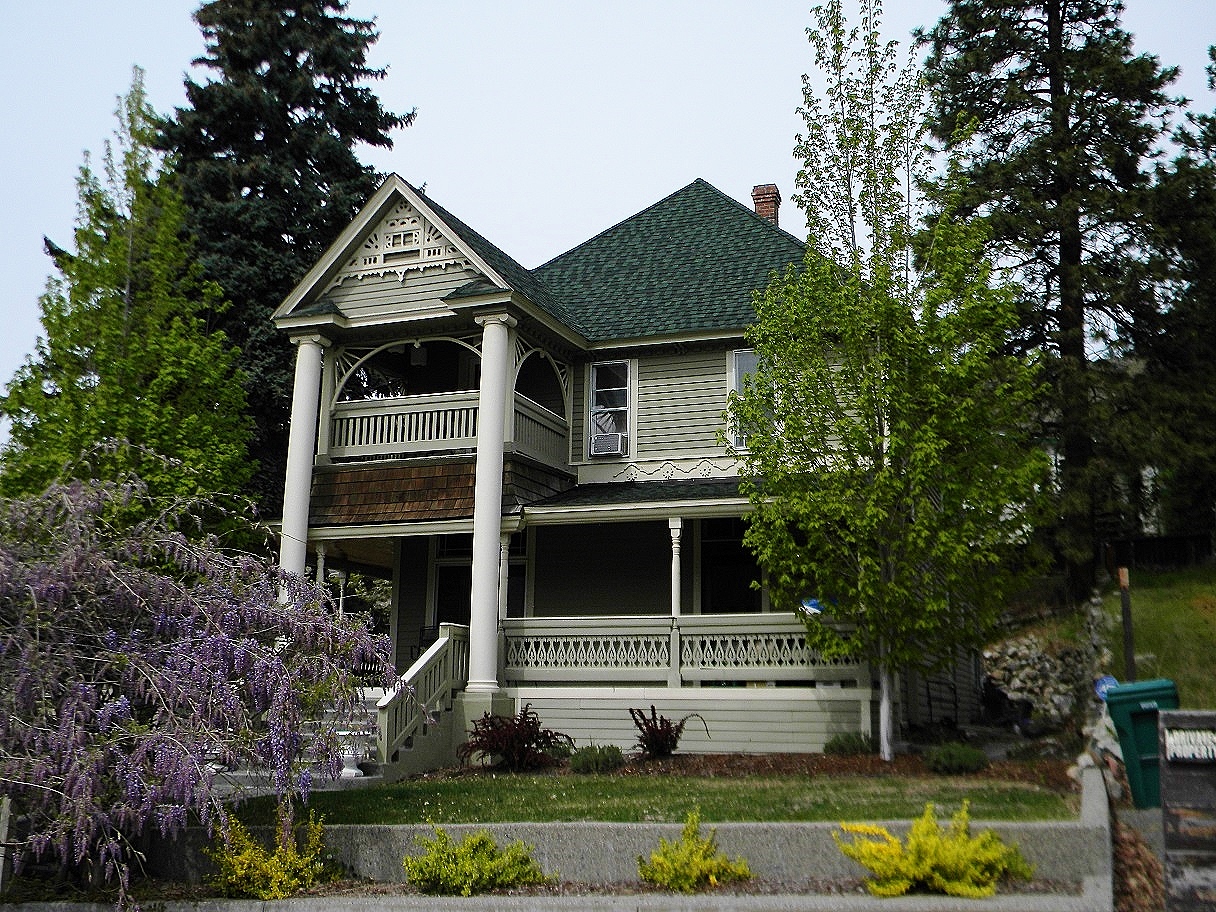 Christie and Lord arrived in the Chelan area in 1887 and both men established homesteads. Lord was the first to settle on the north side of the lake and Christie bought his homestead on the south side. As noted above, Christie was a talented painter but he was also a wall-paperer. Many in the community hired him to decorate their homes and businesses. As for his mining interests, he was among the first to survey potential sites on the west side of the lake. He left Chelan in 1897 after learning about the discovery of gold in Canada (the Klondike Gold Rush) and returned in 1902 after spending time with family in Toronto (there he married his second wife; his first wife passed away in early 1901).

In 1902 he and his wife moved to Chelan and built the house. Christie also built one of the first water systems in Chelan at this time; it delivered water to the house and the house next door. Christie also opened the hardware and furniture store which provided much-needed supplies and household items to the growing community. He continued his mining activities as well. In 1904, the family moved to the Yukon Territory where Christie opened up another store. It is unknown as to who owned the house for the next two years before Lord bought it.

Lord arrived in Chelan in 1887 from Yakima, where he grew up on a homestead. It was there that he obtained his interest in orchards (they grew peach trees) and learned about irrigation. Lord also could speak the Chinook language, a skill that proved useful when he settled in Chelan where he encountered Wapato Indians. He hired them to work on the homestead and also helped built their first church in what is now the town of Manson. In the 1890s, he and his brother-in-law operated a steam ferry on Lake Chelan and developed mines in the area. Lord became secretary treasurer of one of these mining companies. In 1902, he married his wife, Bessie, and they would eventually have five children.

The next year, Lord started his project to irrigate the north side of the lake by buying water rights. In 1906, he was hired to buy the land from the Wapato Indians needed for the project. He was ultimately successful. The irrigation system benefited Chelan significantly as it spurred the further growth of the area's orchard industry. Lord was also successful in real estate and insurance. However, he did not receive his commission on the irrigation project and ended up losing the house in 1918. He continued to run the orchard and his real estate business, and lived in Seattle during the winter, where Bessie had moved in 1919 for health reasons. Lord died in 1938 and was buried here in Chelan. The house is named after him because, presumably, he lived in the house longer and had a greater impact than Christie.